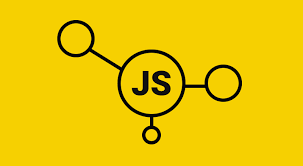 In this lesson, we are going to learn about the building blocks of TypeScript’s type system. Here, we are mainly going to focus on the primitive data types provided by the TypeScript.

In the above program, :string signifies that the variable fruit contains string data. If you are claustrophobic, you can add space between the colon and the data type, like let fruit: **string** which is generally preferred.

In the above example, we have defined a few variables. Some of these variables have an initial value such as age, car and canDrive while others such as person do not.

TypeScript allows undefined or null as the value for a variable even though its type might say something else. For example, person variable can hold only string data but its value is undefined at the beginning. Similarly, age can hold only number data but it was initialized with the null value.

You can also override a variable with undefined or null value after it declared at any given moment. TypeScript considers undefined and null as the Null values or empty values. Though null and undefined are types in itself as we will learn in a bit, TypeScript doesn’t allow a variable to be Null (empty) by default.

To disable this behavior, we need to set strictNullChecks compiler-option to true. This will instruct the TypeScript compiler to disallow variables to hold undefined or null value. In this mode, the variable must hold a value of its type before consumption.

Things have changed pretty fast from what was a decade ago for web development and the facts are totally mind-blowing. I mean a web developer now makes mobile apps, desktop app, backend API, games and so much more.