An Introduction to Git Merge and Git Rebase: What They Do and When to Use Them 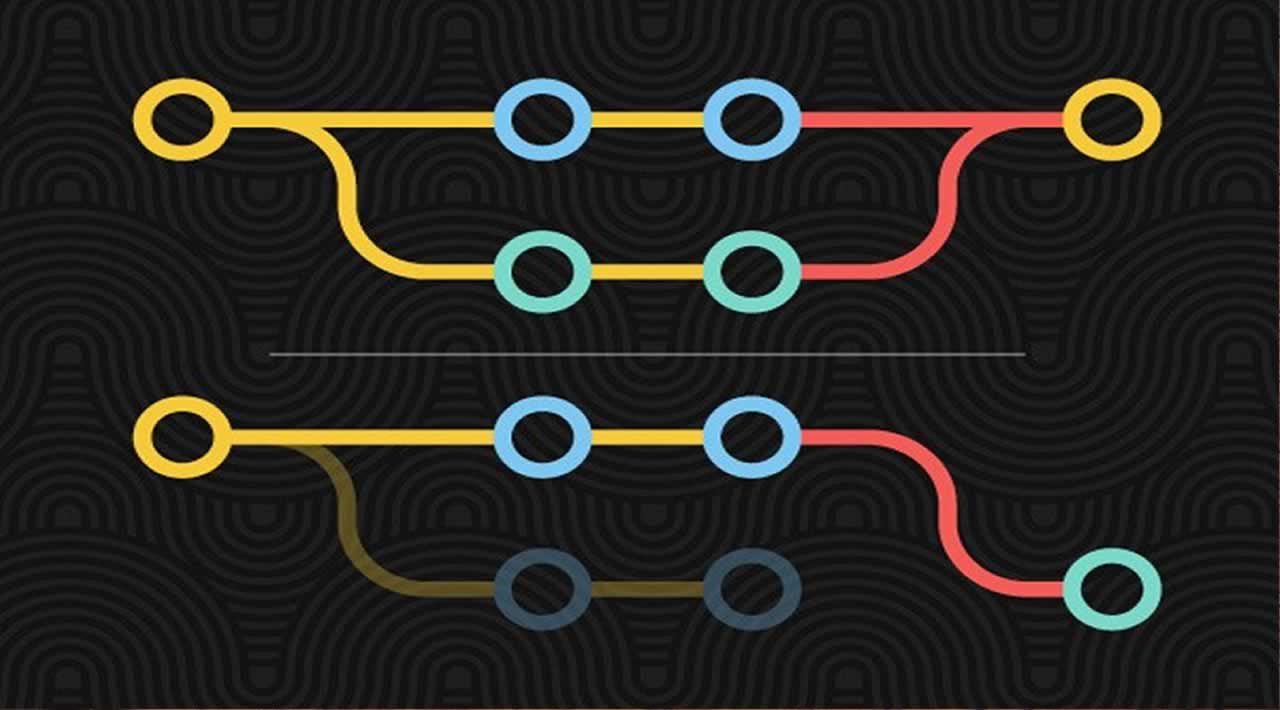 Git Merge and Git Rebase serve the same purpose. They are designed to integrate changes from multiple branches into one. Although the final goal is the same, those two methods achieve it in different ways, and it's helpful to know the difference as you become a better software developer.

Merging is a common practice for developers using version control systems. Whether branches are created for testing, bug fixes, or other reasons, merging commits changes to another location. To be more specific, merging takes the contents of a source branch and integrates them with a target branch. In this process, only the target branch is changed. The source branch history remains the same.

Merge the master branch into the feature branch using the checkout and merge commands.

This will create a new “Merge commit” in the feature branch that holds the history of both branches.

Rebase is another way to integrate changes from one branch to another. Rebase compresses all the changes into a single “patch.” Then it integrates the patch onto the target branch.

Unlike merging, rebasing flattens the history because it transfers the completed work from one branch to another. In the process, unwanted history is eliminated.

Rebases are how changes should pass from the top of the hierarchy downwards, and merges are how they flow back upwards

If you rebase incorrectly and unintentionally rewrite the history, it can lead to serious issues, so make sure you know what you are doing!

Rebase the feature branch onto the master branch using the following commands.

This moves the entire feature branch on top of the master branch. It does this by re-writing the project history by creating brand new commits for each commit in the original (feature) branch.

This allows altering the commits as they are moved to the new branch. This is more powerful than automated rebase, as it offers complete control over the branch’s commit history. Typically this is used to clean up a messy history before merging a feature branch into master.

This will open the editor by listing all the commits that are about to be moved.

This defines exactly what the branch will look like after the rebase is performed. By re-ordering the entities, you can make the history look like whatever you want. For example, you can use commands like fixup, squash, edit etc, in place of pick.

Which one to use

So what’s best? What do the experts recommend?

It’s hard to generalize and decide on one or the other, since every team is different. But we have to start somewhere.

Teams need to consider several questions when setting their Git rebase vs. merge policies. Because as it turns out, one workflow strategy is not better than the other. It is dependent on your team.

Consider the level of rebasing and Git competence across your organization. Determine the degree to which you value the simplicity of rebasing as compared to the traceability and history of merging.

What do I recommend?

As the team grows, it will become hard to manage or trace development changes with an always merge policy. To have a clean and understandable commit history, using Rebase is reasonable and effective.

By considering the following circumstances and guidelines, you can get best out of Rebase:

I hope this explanation has given some insights on Git merge and Git rebase.Merge vs rebase strategy is always debatable. But perhaps this article will help dispel your doubts and allow you to adopt an approach that works for your team.

Get More out of Git with Git Aliases

One of my favorite things to do as a developer is share tips. Here are my best custom Git aliases