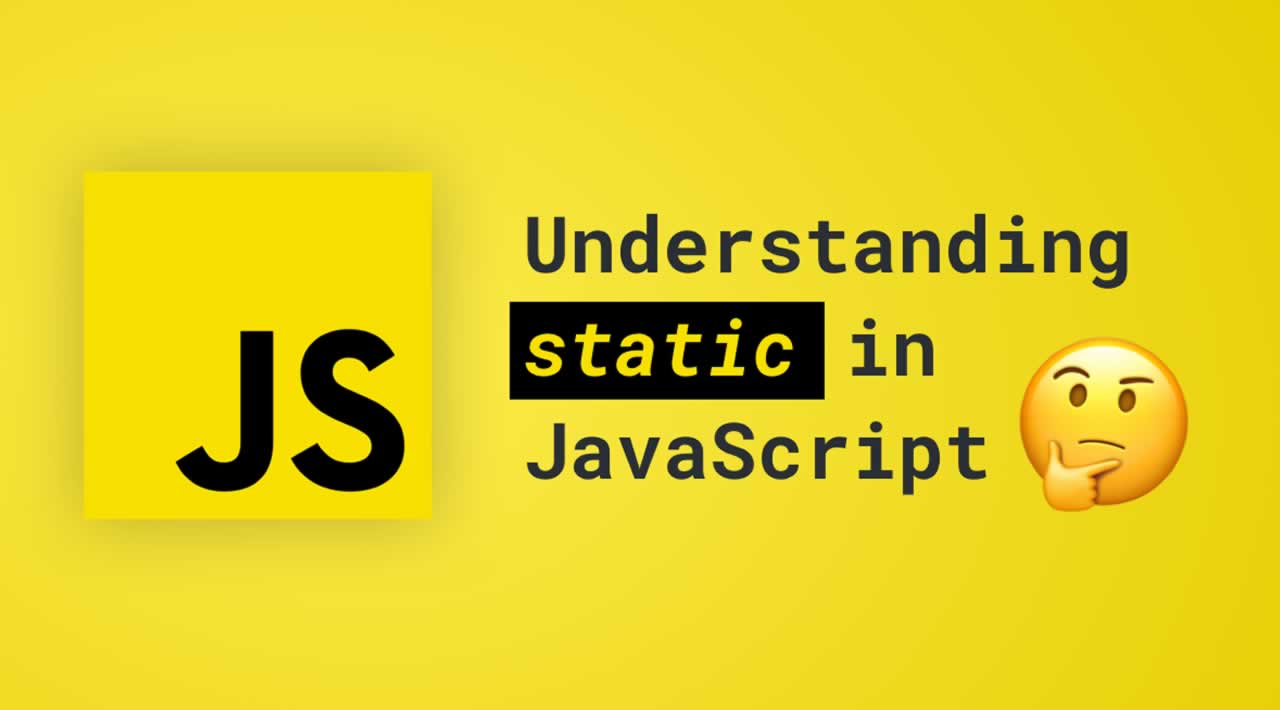 In this article, you'll learn how static is implemented in JavaScript

In university, I was taught object-oriented programming in Java. Like most beginners, the first thing I learned was some version of this:

Getting started, I was confused by all these keywords. public, static, void, String, etc… What are all these things!?

Eventually, I learned the meaning behind most of these keywords and how to use them through passive exposure. public makes a class or method available to be used by other programs, void is a type of none, String is an array of chars. These all came naturally as I wrote more Java code. However, static remained a mystery to me for years to come. It simply didn’t come up that often in assignments and projects (except for in that boilerplate main Java method shown above) so there was never a real need to learn its meaning.

When I started learning React a couple years ago I started seeing static and began interacting with it more actively. Here’s an example:

Example of static properties in a React component.

Over time, static subconsciously worked it’s way into my development vocabulary, but I still didn’t know why I was using it. I would use it with defaultProps, propTypes, contextTypes, and displayName, and I just assumed it needed to be there for some syntactic reason. I was following patterns that I saw on StackOverflow, and in docs without stopping to think about what static means.

Then I saw a neat example defining state without a constructor:

A React component with state and no constructor.

In previous examples I’d seen, state was always defined in the constructor of a class, so it caught my interest when I realized state could be defined without a constructor. I also noticed that state isn’t preceded by static which prompted the question: What the heck does static actually do?

And after a quick Google search, I had my answer…

Static properties are properties of a class, not of an instance of a class. Let’s break that down a bit with an example.

If we have two instances of a React component Foo, the displayName, propTypes, defaultProps will remain the same across both instances, but the state of each instance will be able to update independently of one another.

This story just scratches the surface of how static is implemented in JavaScript. In reality, the entire class syntax in JavaScript is an abstraction of prototypes.