Getting started with Go 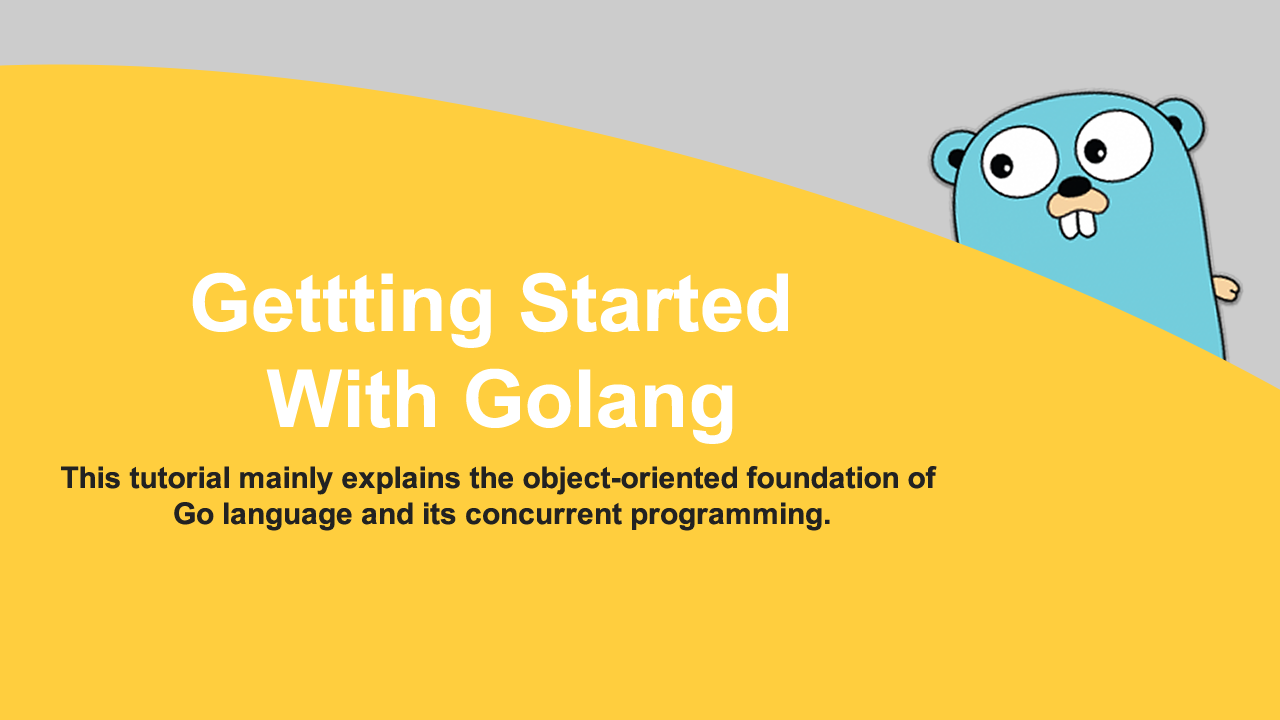 This tutorial mainly explains the object-oriented foundation of Go language and its concurrent programming. It is suitable for those who have a basic programming language such as Java.

This tutorial mainly explains the object-oriented foundation of Go language and its concurrent programming. It is suitable for those who have a basic programming language such as Java. The Go language was created by Google to solve problems similar to Google-scale.

Go has the following characteristics:

First, download and install Go . Once the installation is successful, you need to set GOPATH.

Create a main.go file as follows:

Go is a statically compiled typed language, so it needs to be compiled and run:

Below we use Go to create a web server with the following code:

If you are familiar with languages such as Java, the first two lines should be familiar and import the net / http package.

http.HandleFunc ("/", hello) is to create a http route, the URL is the root path, and then listen on port 8080. Every time a new request is made for the HTTP server root path, the server will generate a new coroutine goroutine to execute the hello function. The hello function simply uses http.ResponseWriter to write the response to the client. The response is "hello!" We did a byte conversion.

After compiling and running, access via browser or curl:

Let's take a look at the object-oriented and concurrency features of Go.

Go is object-oriented, but does not have the following concepts:

Let's first look at Go's use of type to express a type. The type keyword defines a new type, declared as a struct. Each field in a struct can have a name (such as Name and Main below), or another struct:

All types are created equally. The way to define a type is as follows, unlike Java in Class:

This is the Door structure type has two methods open() and close(). Similar to Java setter/getter.

It can also be created for the initial type:

The interface is an important feature of the Go language. It is more important than coroutines. It is similar to the Java interface, as follows:

Unlike Java's interface, Go's interface does not need to explicitly declare inheritance. It is implicitly matched by the compiler according to the method signature. For example, to implement the interface Switch in Java, you need to write code:

The relationship between Go's interface and implementation is to implicitly satisfy implicit satisfaction. If a type defines all methods of an interface, it is considered that the type satisfies the interface. Implicit satisfaction == No explicit "implements" Code. It is a structural typing of duck typing, the benefits are:

Composition is more important than inheritance

In SOLID object-oriented design principles, we have already talked about how composition is better than inheritance. Here we can prove it again with a case: Suppose there is a Java thread class:

There are actually 6 thread tasks running. And we want to specify three. This is because inheritance leads to weak encapsulation, not strong encapsulation, and tight coupling, which leads to incredible bugs:

The solution is to combine Composition:

Although the problem is solved, the disadvantage is that the Runner method needs to be explicitly defined in RunCounter:

Causes a lot of duplication and introduces bugs.

There is no inheritance in Go, which is naturally a composition. The direct implementation is as follows:

The implementation of RunCounter is as follows:

Although there is also a Name () method here, we can remove it. First, let's take a look at Go's Struct embedding, which is struct embedding. The methods and fields of the embedded type are defined in the embedder type implementation. Although similar to inheritance, the embedded person does not know that it is embedded. For example a type Person:

We can define Employee to embed Person:

In this way, all Person field methods are applicable to Employee:

Now we use struct embedding to optimize the previous RunCounter:

func (r * RunCounter2) Count () int {return r.count}
Is embedding like inheritance? But it's not, it's better, it's the composion. You cannot go into another type to change the way it works. Its scheduling method is explicitly explicit.

Take a look at the Struct embedding of the interface:

If a T type is embedded in a field of type E, all methods of E will be defined in the T type. In this way, if E is an interface, T must implicitly satisfy E. That is, T must implement interface E.

We define the loopBack type, the net.Conn type is embedded in the type loopBack, and net.Conn is an interface:

Any method that calls net.Conn will fail because this field is an empty nil. Let's define its operation:

Then you can think of loopBack as an implementation of the interface net.Conn.

Concurrency is characterized by the need for Lock and Mutex. Locking and unlocking in Java is a complex process. The code is as follows:

Another feature of concurrency is asynchronous. Various languages ​​have their own asynchronous mechanisms. Callback-based ones include:

But it can't coexist well with parallel, rely on various library packages, code is difficult to debug, and easily fall into callback nesting hell.

Go's concurrency is based on two concepts:

For example, the code for sleep and taalk is as follows:

One message per second:

What if we need to send messages at the same time instead of every second? Just add go:

This is when main opens a main coroutine, and when it ends, the entire program ends.

Let's take a look at the communication through the Channel. In this case, sleepAndTalk does not print out the information, but sends the string to the channel.

We create a channel and pass it to sleepAndTalk, and then we can wait for the data value to be sent to the channel:

Let's see how to implement it in the web environment: First we receive the nextId from the Channel:

Need a coroutine to send nextID to the channel.

Visit localhost: 8080 / next through your browser to get the nextID value.

If there are multiple channels, the code is as follows:

Multiple Channels can be connected in series to form a stream: 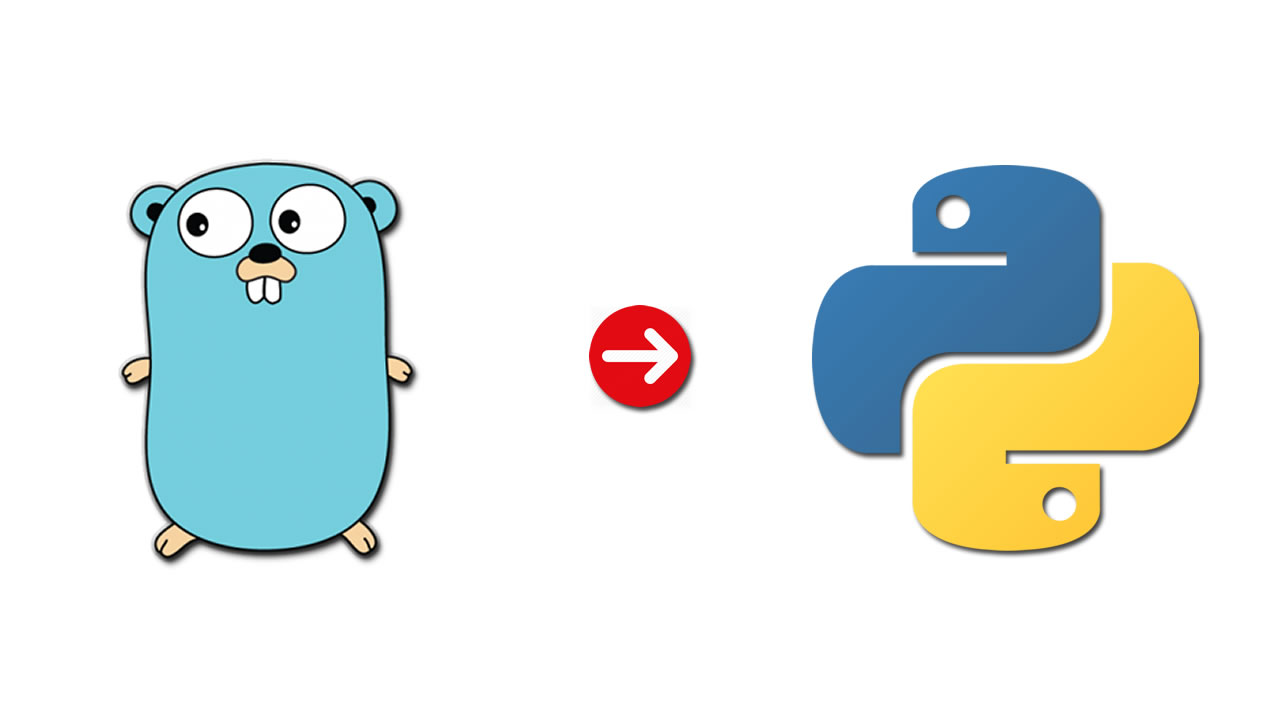 Python and Go are a great combination. Like Python, Go is easy to learn, powerful to use and has many useful libraries. Go and Python work great together: Go has better performance and parallelism, while Python is more expressive. Wouldn't it be nice if you could combine the benefits of Go and Python in one program? This talk shows you how.

Why you may want to attend
Extension modules written in C/C++ or other languages are one of the major strength Python. Go is a useful language to extend Python. This talk explains to you how to implement extension modules in Go.

Content of the Talk
The talk shows how to use CGO to make Go code available as a C library and then to use Cython to make this library available as a Python extension module.

We start by building a wrapper for simple Go code that adds some numbers and returns the results. This program is our end-to-end example to demonstrate the steps necessary to create a Python extension module in Go.
Next, we move to more complex use cases. We look at different ways to share complex data and to use Python callbacks from Go.
Then, we see how to how to handle Go's Garbage Collector when exposing with Go Objects.
Finally, the talk goes into the advantages and disadvantages of Go as an extension language for Python. We also look at some of the alternative ways to make Go code available in Python.

Recommended Prerequisites
To get the most out of the talk, you should know about the difference between native Python modules and extension modules written in other languages. Some background on concepts like garbage collection, stack and heap, and dynamic/shared libraries are beneficial. Knowledge of the Python C API is not required.
You do not need to know how to write Go code to follow the talk - the talk explains all the required Go. 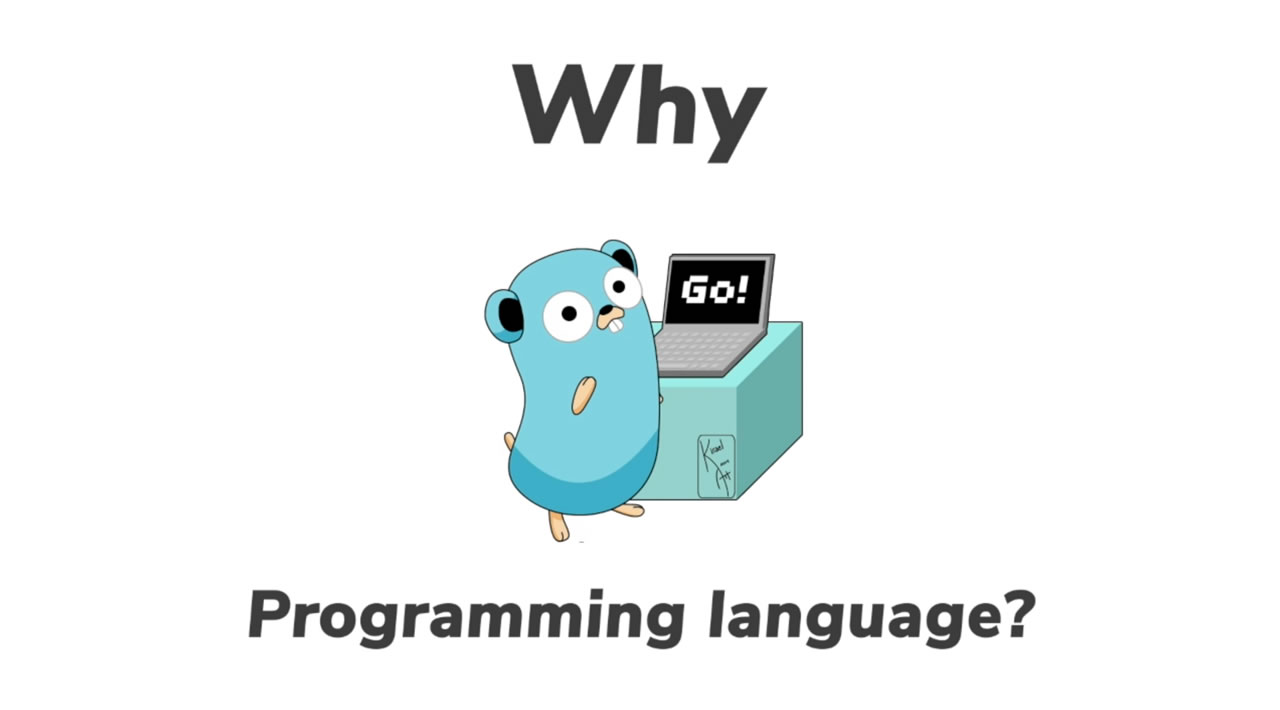 Go is a language designed for engineering teams. Its central themes are simplicity, readability, and maintainability.