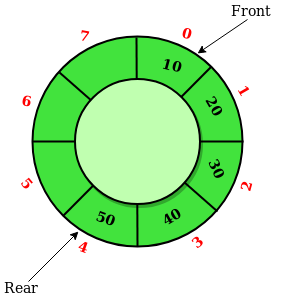 A Computer Science portal for geeks. It contains well written, well thought and well explained computer science and programming articles, quizzes and practice/competitive programming/company interview Questions. Priority queue: A priority queue is a special type of queue in which each element is associated with a priority and is served according to its priority.

Circular queue:Circular Queue is a linear data structure in which the operations are performed based on FIFO (First In First Out) principle and the last position is connected back to the first position to make a circle. It is also called ‘Ring Buffer’.

Priority queue:A priority queue is a special type of queue in which each element is associated with a priority and is served according to its priority. 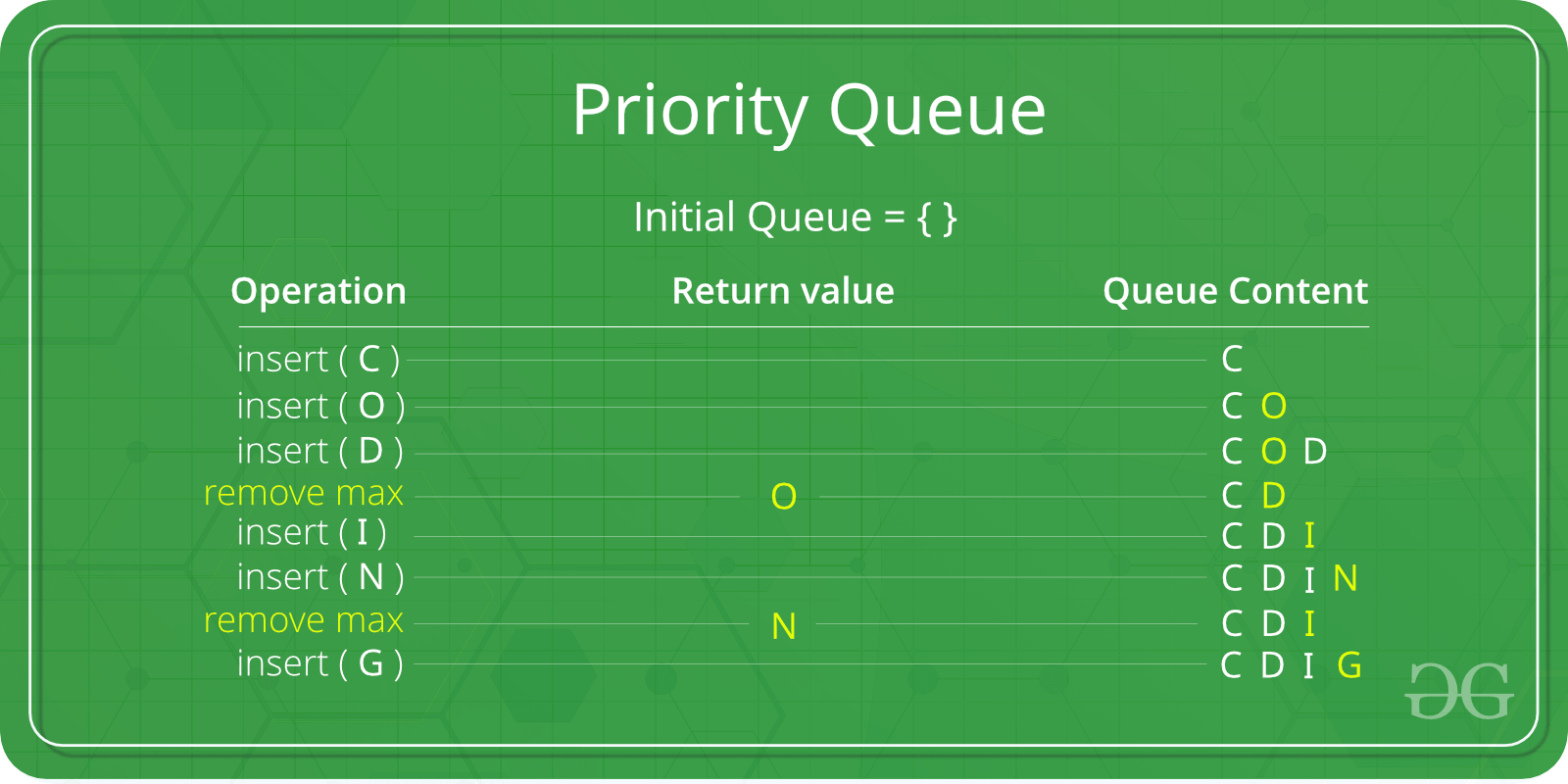 Difference between a circular queue and priority queue are as follows:

Circular queuePriority queueCircular queue is not linear but circular.Priority is a special type of data structure in which items can be inserted or deleted based on the priority.It is also called as a ring buffer.It is also called simple queue.Items can be inserted or deleted from a queue in O(1) time.It can perform three operations like insert delete and display.Both the front and the rear pointers wrap around to the beginning of the array.It does not allow elements in sorted array.It overcomes the problem of linear queue.It allows duplicate elements.It requires less memory.It requires more memory.More efficient Less efficient.

Know the Difference Between a Data Scientist and a Data Engineer

Know the Difference Between a Data Scientist and a Data Engineer. Big data engineer certification and data science certification programs stand resourceful for those looking to get into the data realm.