The Potential Partnership Between Economics and Computational Science

The Potential Partnership Between Economics and Computational Science by Dr, Kenneth Judd

Economists use very few modern computational tools, most confining their research to what they can do on their laptop with Matlab. I will describe some examples where economists and computational scientists have worked to push economics into the third millennium. First, I will describe DSICE, an Integrated Asset Model of the social cost of capital that incorporates both economic and climate uncertainties. Second, an advance in degenerate programming which now allows us to solve complex optimal tax problems. Third, applications of polynomial system solution methods to greatly increase the range of economic models that can be solved. Fourth, asynchronously parallelizable methods that could exploit exascale computing to solve complex dynamic games. Funny story: I met with Barry Smith about the potential application of PETSc to economics problems. I interrupted him when he started to point to complex applications, and said “Economics problems are more like this” pointing to a simple example. I said “There is a lot of low-hanging fruit in economics” to which he responded “That’s not low-hanging fruit, that fruit rotting on the ground.” My purpose will be to inform you of potential applications of computational science in economics, and perhaps recruit some help in going after higher-hanging fruit.

Kenneth L. Judd, the Paul H. Bauer Senior Fellow at the Hoover Institution, is an expert in the economics of taxation, imperfect competition, and mathematical economics.

His book Numerical Methods in Economics was published by MIT Press in 1998.

He is a fellow of the Econometric Society and served as a member of the Economics Panel of the National Science Foundation (1986–88).

PyData is an educational program of NumFOCUS, a 501©3 non-profit organization in the United States. PyData provides a forum for the international community of users and developers of data analysis tools to share ideas and learn from each other. The global PyData network promotes discussion of best practices, new approaches, and emerging technologies for data management, processing, analytics, and visualization. PyData communities approach data science using many languages, including (but not limited to) Python, Julia, and R.

PyData conferences aim to be accessible and community-driven, with novice to advanced level presentations. PyData tutorials and talks bring attendees the latest project features along with cutting-edge use cases. 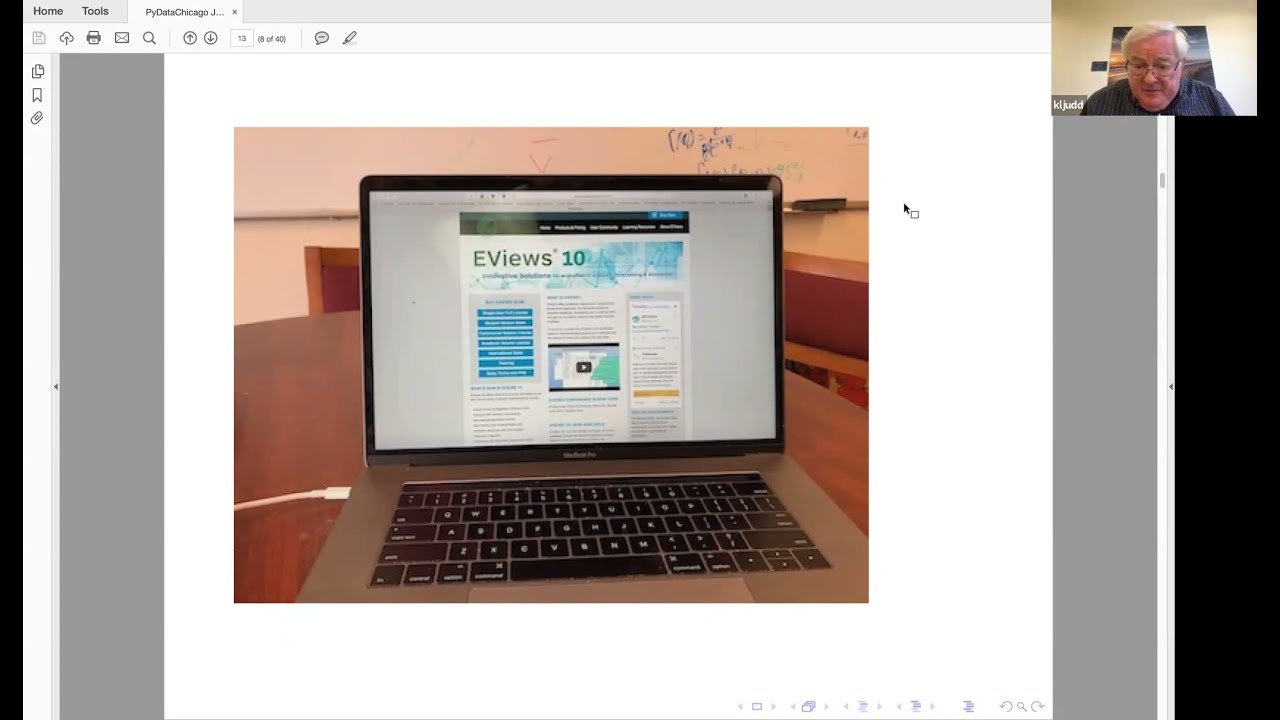