Getting Started with Natural Language Processing in Python

A significant portion of the data that is generated today is unstructured. Unstructured data includes social media comments, browsing history and customer feedback. Have you found yourself in a situation with a bunch of textual data to analyse, and no idea how to proceed? Natural language processing in Python can help.

The objective of this tutorial is to enable you to analyze textual data in Python through the concepts of Natural Language Processing (NLP). You will first learn how to tokenize your text into smaller chunks, normalize words to their root forms, and then, remove any noise in your documents to prepare them for further analysis.

In this tutorial, we will use Python’s nltk library to perform all NLP operations on the text. At the time of writing this tutorial, we used version 3.4 of nltk. To install the library, you can use the pip command on the terminal:

To check which version of nltk you have in the system, you can import the library into the Python interpreter and check the version:

To perform certain actions within nltk in this tutorial, you may have to download specific resources. We will describe each resource as and when required.

However, if you would like to avoid downloading individual resources later in the tutorial and grab them now in one go, run the following command:

A computer system can not find meaning in natural language by itself. The first step in processing natural language is to convert the original text into tokens. A token is a combination of continuous characters, with some meaning. It is up to you to decide how to break a sentence into tokens. For instance, an easy method is to split a sentence by whitespace to break it into individual words.

In the NLTK library, you can use the word_tokenize() function to convert a string to tokens. However, you will first need to download the punkt resource. Run the following command in the terminal:

Next, you need to import word_tokenize from nltk.tokenize to use it.

The output of the code is as follows:

You’ll notice that word_tokenize does not simply split a string based on whitespace, but also separates punctuation into tokens. It’s up to you if you would like to retain the punctuation marks in the analysis.

Step 2: Convert Words to their Base Forms

The first technique is stemming. Stemming is a simple algorithm that removes affixes from a word. There are various stemming algorithms available for use in NLTK. We will use the Porter algorithm in this tutorial.

We first import PorterStemmer from nltk.stem.porter. Next, we initialize the stemmer to the stemmer variable and then use the .stem() method to find the base form of a word.

The output of the code above is go. If you run the stemmer for the other forms of “go” described above, you will notice that the stemmer returns the same base form, “go”. However, as stemming is only a simple algorithm based on removing word affixes, it fails when the words are less commonly used in language.

When you try the stemmer on the word “constitutes”, it gives an unintuitive result.

You will notice the output is “constitut”.

This issue is solved by moving on to a more complex approach towards finding the base form of a word in a given context. The process is called lemmatization. Lemmatization normalizes a word based on the context and vocabulary of the text. In NLTK, you can lemmatize sentences using the WordNetLemmatizer class.

First, you need to download the wordnet resource from the NLTK downloader in the Python terminal.

Once it is downloaded, you need to import the WordNetLemmatizer class and initialize it.

You would notice that the .lemmatize() method correctly converts the word “constitutes” to its base form, “constitute”. You would also notice that lemmatization takes longer than stemming, as the algorithm is more complex.

Let’s check how to determine the second argument of the .lemmatize() method programmatically. NLTK has a pos_tag function which helps in determining the context of a word in a sentence. However, you first need to download the averaged_perceptron_tagger resource through the NLTK downloader.

Next, import the pos_tag function and run it on a sentence.

You will notice that the output is a list of pairs. Each pair consists of a token and its tag, which signifies the context of a token in the overall text. Notice that the tag for a punctuation mark is itself.

How do you decode the context of each token? Here is a full list of all tags and their corresponding meanings on the web. Notice that the tags of all nouns begin with “N”, and for all verbs begin with “V”. We can use this information in the second argument of our .lemmatize() method.

The output of the code above is as follows:

The next step in preparing data is to clean the data and remove anything that does not add meaning to your analysis. Broadly, we will look at removing punctuation and stop words from your analysis.

The output of this code snippet is as follows:

In order to remove punctuation from tokens, you can simply run:

Next, we will focus on removing stop words. Stop words are commonly used words in language like “I”, “a” and “the”, which add little meaning to text when analyzing it. We will therefore, remove stop words from our analysis. First, download the stopwords resource from the NLTK downloader.

Once your download is complete, import stopwords from nltk.corpus and use the .words() method with “english” as the argument. It is a list of 179 stop words in the English language.

We can combine the lemmatization example with the concepts discussed in this section to create the following function, clean_data(). Additionally, before comparing if a word is a part of the stop words list, we convert it to the lower case. This way, we still capture a stop word if it occurs at the start of a sentence and is capitalized.

The output of the example is as follows:

As you can see, the punctuation and stop words have been removed.

Now that you are familiar with the basic cleaning techniques in NLP, let’s try and find the frequency of words in text. For this exercise, we’ll use the text of the fairy tale, The Mouse, The Bird and The Sausage, which is available freely on Gutenberg. We’ll store the text of this fairy tale in a string, text.

First, we tokenize text and then clean it using the function clean_data that we defined above.

To find the frequency distribution of words in your text, you can use FreqDist class of NLTK. Initialize the class with the tokens as an argument. Then use the .most_common() method to find the commonly occurring terms. Let us try and find the top ten terms in this case.

Here are the ten most commonly occurring terms in this fairy tale.

Unsurprisingly, the three most common terms are the three main characters in the fairy tale.

The frequency of words may not be very important when analysing text. Typically, the next step in NLP is to generate a statistic — TF – IDF (term frequency – inverse document frequency), which signifies the importance of a word in a list of documents.

In this post, you were introduced to natural language processing in Python. You converted text to tokens, converted words to their base forms and finally, cleaned the text to remove any part which didn’t add meaning to the analysis.

Although you looked at simple NLP tasks in this tutorial, there are many techniques to explore. One may wish to perform topic modelling on textual data, where the objective is to find a common topic that a text might be talking about. A more complex task in NLP is the implementation of a sentiment analysis model to determine the feeling behind any text.

What procedures do you follow when you are given a pile of text to work with? Let us know in the comments below. 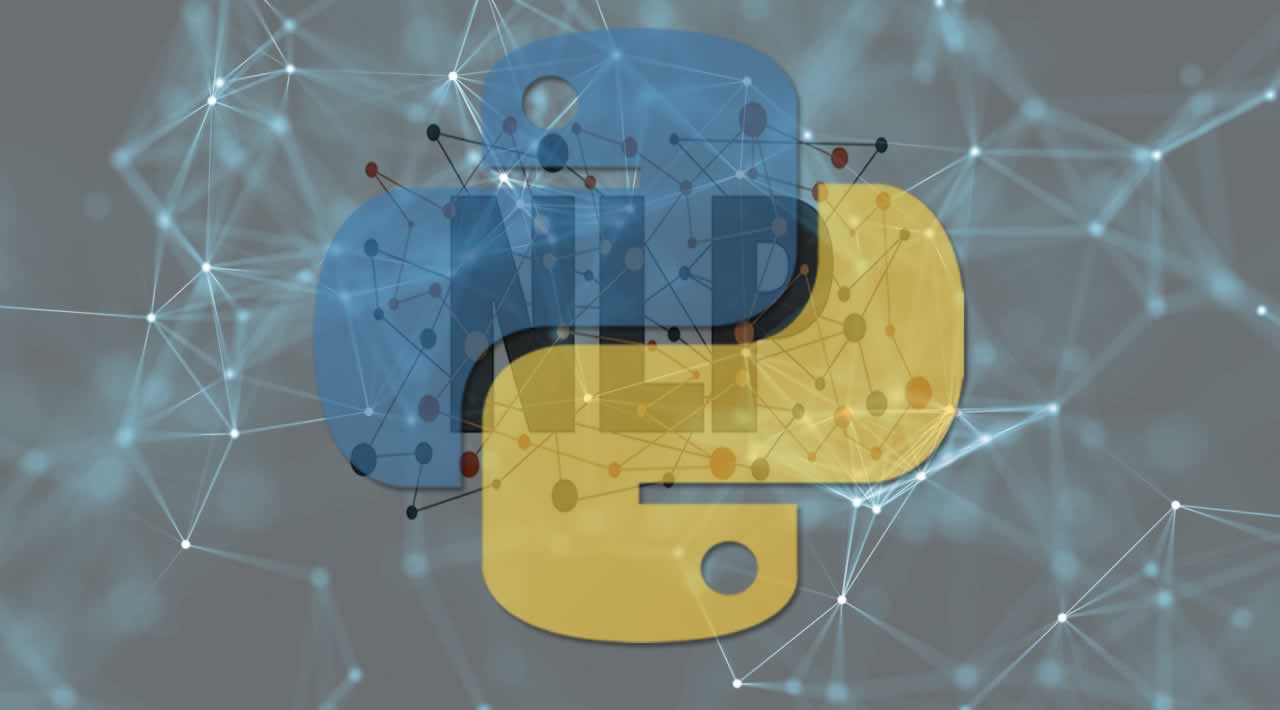