This is a wrapper for NSRegularExpression that makes it more convenient and type-safe to use regular expressions in Swift.

Add the following to Package.swift:

Or add the package in Xcode.

Check if it matches:

Why are pattern strings wrapped in #?

Those are raw strings and they make it possible to, for example, use \d without having to escape the backslash. 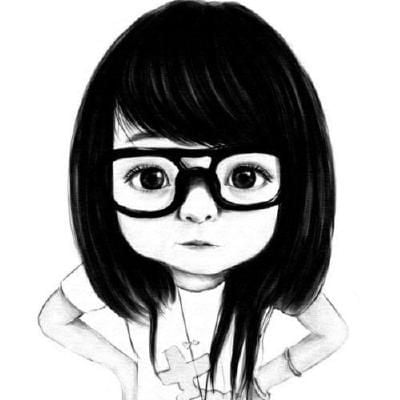 A Gentle Introduction to Regular Expressions with R

We live in a data-centric age. Data has been described as the new oil. But just like oil, data isn’t always useful in its raw form. One form of data that is particularly hard to use in its raw form is unstructured data.

A lot of data is unstructured data. Unstructured data doesn’t fit nicely into a format for analysis, like an Excel spreadsheet or a data frame. Text data is a common type of unstructured data and this makes it difficult to work with. Enter regular expressions, or regex for short. They may look a little intimidating at first, but once you get started, using them will be a picnic!

More comfortable with python? Try my tutorial for using regex with python instead:

A Gentle Introduction to Regular Expressions with Python

To install and load the stringr library in R, use the following commands:

See how easy that is? To make things even easier, most function names in the stringr package start with str. Let’s take a look at a couple of the functions we have available to us in this module:

You may have already used these functions. They have pretty straightforward applications without adding regex. Think back to the times before social distancing and imagine a nice picnic in the park, like the image above. Here’s an example string with what everyone is bringing to the picnic. We can use it to demonstrate the basic usage of the regex functions:

If I want to pull every instance of one person’s name from this string, I would simply pass the name and basic_string to str_extract_all():

The result will be a list with all occurrences of the pattern. Using this example, basicExtractAll will have the following list with 1 vector as output:

Now let’s imagine that Alex left his 4 hamburgers unattended at the picnic and they were stolen by Shawn. str_replace_all can replace any instances of Alex with Shawn:

The resulting string will show that Shawn now has 4 hamburgers. What a lucky guy 🍔.

The examples so far are pretty basic. There is a time and place for them, but what if we want to know how many total food items there are at the picnic? Who are all the people with items? What if we need this data in a data frame for further analysis? This is where you will start to see the benefits of regex.

Regular expressions or regex puts a lot of people off, just because of its look at first glance. But once you master this it will open a whole new different level of doing string manipulation and the best part of it is that it can be used with mostly all of the programming language as well as with Linux commands. It can be used to find any kind of pattern that you can think of within the text and once you find the text you can do pretty much whatever you want to do with that text. By this example, you can get an idea of how powerful and useful regex is.
What is Regex?
If you are reading this post then most probably you already know what a regex is, if you don’t know here is a quick and easy definition
Regex stands for Regular Expression and is essentially an easy way to define a pattern of characters. The most common use of regex is in pattern identification, text mining, or input validation. 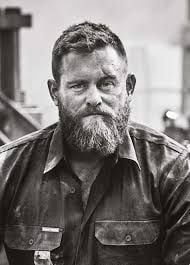 To fully utilize the power of shell scripting (and programming), one needs to master Regular Expressions. Certain commands and utilities commonly used in scripts, such as grep, expr, sed and awk use REs.

In this article we are going to talk about Regular Expressions

Those characters having an interpretation above and beyond their literal meaning are called metacharacters.

Generally you define a Regex pattern by enclosing that pattern (without any additional quotes) within two forward-slashes. For example, _/\w/_, and _/[aeiou]/_.

Note that regex engines are case sensitive by default, unless you tell the regex engine to ignore the differences in case.

When you scan a string (may be multi-line) with a regex pattern, you can get following information:

Note: _Even __/_ cannot be used inside a pattern, you can escape it by preceding it with backslash.

Most regular expression flavors treat the brace { as a literal character, unless it is part of a repetition operator like {1,3}. So you generally do not need to escape it with a backslash, though you can do so if you want. An exception to this rule is the java.util.regex package which requires all literal braces to be escaped.

Note: You can also escape backslash with backslash.

Escaping a single meta-character with a backslash works in all regular expression flavors.

All other characters should not be escaped with a backslash. That is because the backslash is also a special character. The backslash in combination with a literal character can create a regex token with a special meaning. For example, \d will match a single digit from 0 to 9.

As a programmer, you may be surprised that characters like the single quote and double quote are not special characters.

In your source code, you have to keep in mind which characters get special treatment inside strings by your programming language. That is because those characters will be processed by the compiler, before the regex library sees the string.

You can use special character sequences to put non-printable characters in your regular expression.

Portable scripts should avoid { is **grep -E** patterns and should use [{] to match a literal {. Some implementations support \{ as meta-character.

How a Regex Engine works internally?

Knowing how the regex engine works will enable you to craft better regexes more easily.

The regex-directed engines are more powerful:

There are two kinds of regular expression engines:

Certain very useful features, such as lazy quantifiers and backreferences, can only be implemented in regex-directed engines. No surprise that this kind of engine is more popular.

This is a very important point to understand: a regex-directed engine will always return the leftmost match, even if a “better” match could be found later. When applying a regex to a string, the engine will start at the first character of the string. It will try all possible permutations of the regular expression at the first character. Only if all possibilities have been tried and found to fail, will the engine continue with the second character in the text. Again, it will try all possible permutations of the regex, in exactly the same order. The result is that the regex-directed engine will return the leftmost match.