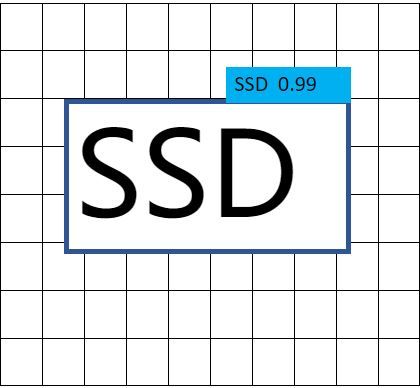 1.) What is object detection ?

2.) Explanation of some of the terminologies involved in object detection.

4.) Principles behind SSD and simple implementation in python.

**_What is object detection?_** It is a technique in computer vision, which is used to identify and locate objects in an image or video. The camera application deployed in recent computers uses object detection to identify face(s).There are many applications to it ranging from medical domain to more advanced domain like space research.

There are many terminologies (jargon's) associated with object detection technology .We will discuss some of them in detail .

1.) **Object** : A material thing that can be seen and touched. In the computer vision community, it is considered as a group of pixels in an image or video which represent an material. 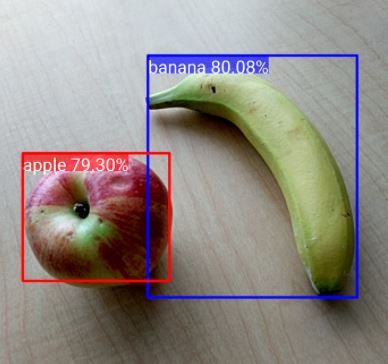 In the above image, both apple and banana is an object. If you notice the image carefully, we can infer that a group of yellow colored pixels with a curvy structure forms an banana. Similarly, a group of red colored pixels with some structure forms an apple. So, basically most of the object detection algorithms involves in finding the common **structure** which forms an object.

**_3.) Anchor box_** : It is an geometrical figure (square,circle,etc.,) which is generated by the object detection algorithm in order to identify and locate an object in an image. This definition will make more sense, when we try to discuss SSD.

Volume 78, October 1990, IEEE. It was in this seemingly unremarkable publication that Carver Mead laid the rudimentary foundations of "Neuromorphic Electronic Systems."