Models and their relationships are the heart of Laravel Eloquent. If they give you a hard time or you’re not able to find a simple, friendly, and complete guide, start here!

Sitting on the other side of their programming article, it’s easy for the writer to feign or blow up the aura of expertise/prestige the platform provides. But I’ll be honest — I had an extremely hard time learning Laravel, if only because it was my first full-stack framework. One reason was that I was not using it at work and was exploring it out of curiosity; so, I’d make an attempt, get to a point, get confused, give up, and eventually forget everything. I must have done this 5-6 times before it started making sense to me (of course, the documentation doesn’t help).

But what still didn’t make sense was Eloquent. Or at least, the relationships between models (because Eloquent is too large to learn completely). Examples modeling authors and blog posts are a joke because real projects are far more complex; sadly, the official docs use the very same (or similar) examples. Or even if I did come across some useful article/resource, the explanation was so bad or so badly missing that it was just no use. (By the way, I’ve been attacked for attacking the official documentation before, so if you’re having similar ideas, here’s my standard answer: go check out the Django documentation and then talk to me.)

Eventually, bit by bit, it did come together and made sense. I was finally able to model projects properly and use the models comfortably. Then one day I came across some neat Collections tricks that make this work more pleasant. In this article, I intend to cover all of it, starting from the very basics and then covering all possible use cases that you will encounter in real projects.

Why are Eloquent model relationships hard?

Sadly, I come across far too many Laravel developers who don’t understand models properly.

Even today, when there’s an explosion of courses, articles, and videos on Laravel, the overall understanding is poor. I think it’s an important point and is worth some reflection. If you ask me, I’ll say that Eloquent model relationships aren’t hard at all. At least when seen from the perspective of the definition of “hard”. Live schema migrations are hard; writing a new templating engine is hard; contributing code to the core of Laravel is hard. Compared to these, learning and using an ORM . . . well, that can’t be hard! 🤭🤭

What actually happens is that PHP developers learning Laravel find Eloquent hard. That’s the real underlying issue, and in my opinion, there are several factors contributing to this (harsh, unpopular opinion alert!):

I don’t mean to be harsh and generalize globally — there are excellent PHP developers as well, and many of them, but their overall percentage is very low.

If you’re reading this, it means you’ve crossed all these barriers, come across Laravel, and messed with Eloquent.

You’re almost there. All the building blocks are in place and we just need to go through them in the proper order and detail. In other words, let’s start at the database level. There are 3 types of relationships in laravel: 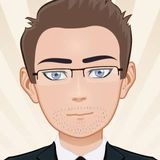 #2 - One To Many relationship | hasMany() | Laravel Eloquent Relationships

#3.1: Many To Many relationship | belongsToMany() | Laravel Eloquent Relationships