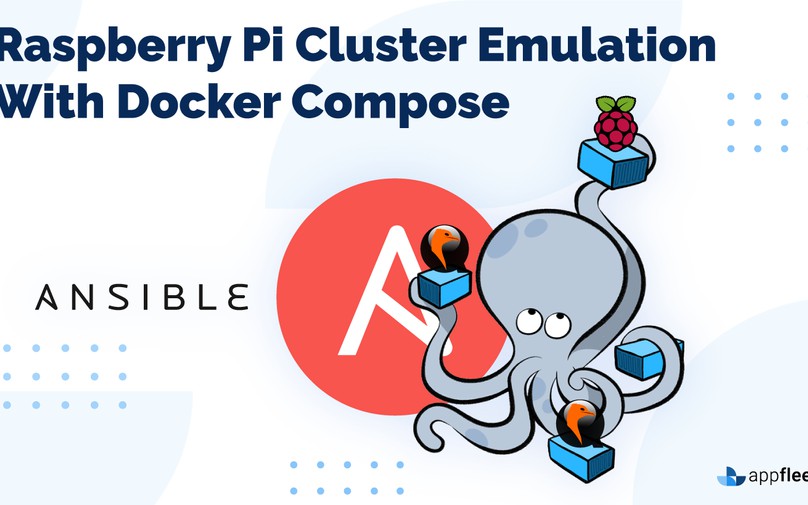 This guide discusses everything needed to build a simple, scalable, and fully binary compatible Raspberry Pi cluster. The Raspberry Pi is no longer just a low-cost platform for students to learn computing, it's now a legitimate research and development platform that's being used for IoT, networking, distributed systems, and software development. It's even being used administratively in production environments.

Not long after the first Raspberry Pi was released in 2012, several set out to build them into low-cost clusters, often for their research and testing purposes. Interns at  DataStax built a multi-datacenter, 32 nodes  Cassenda fault-tolerance demo, complete with a big red button to simulate the failure of an entire datacenter.  David Guill built a  40-node Raspberry Pi Cluster that was intended to be part of his MSCE thesis.  Balena, built " The Beast", a 120 node Raspberry Pi cluster, for scaled testing of their online platform. And on the extreme end of the spectrum, Oracle built a  1060 node Raspberry Pi Cluster, which they introduced at Oracle OpenWorld 2019.

Innovation with the Raspberry Pi continues as they are turned into everything from wi-fi extenders, security cameras, and even bigger clusters. While the main value of these clusters is inherent in their size and low cost, their popularity makes them an increasingly common development platform. Since the Raspberry Pi uses an ARM processor, this can make development problematic for those of us who work exclusively in the cloud. While commercial solutions exist, we will be building our own emulated cluster using a fully open source stack hosted on Google Compute Engine.

Other than learning from the experience, Dockerizing an emulated Raspberry Pi enables us to do three things. One, it turns into software that would otherwise be a hardware-only device that nobody has to remember to carry around (I'm always losing the peripheral cables). Two, it enables Docker to do for the Pi what Docker does best for everything else: it makes software portable, easy to manage, and easy to replicate. And three, it takes up no physical space. If we can build one Raspberry Pi with Docker, we can build many. If we can build many, we can network them all together. While we may encounter some limitations, this build will emulate a cluster of Raspberry Pi 1s that's logically equivalent to a simple, multi-node physical cluster.

In this post, we are going to introduce you to a Kubernetes-native tool for taking backups of your disks, helping with the crucial recovery plan. Stash is a Restic Operator that accelerates the task of backing up and recovering your Kubernetes infrastructure.