Why would you need a web crawler? Perhaps you’re building a search engine for an intranet or a group of public-facing websites, or just need to mirror a website with finer-grained control than tools such as wget offer.

Learn how you can use Vessel framework in your project. 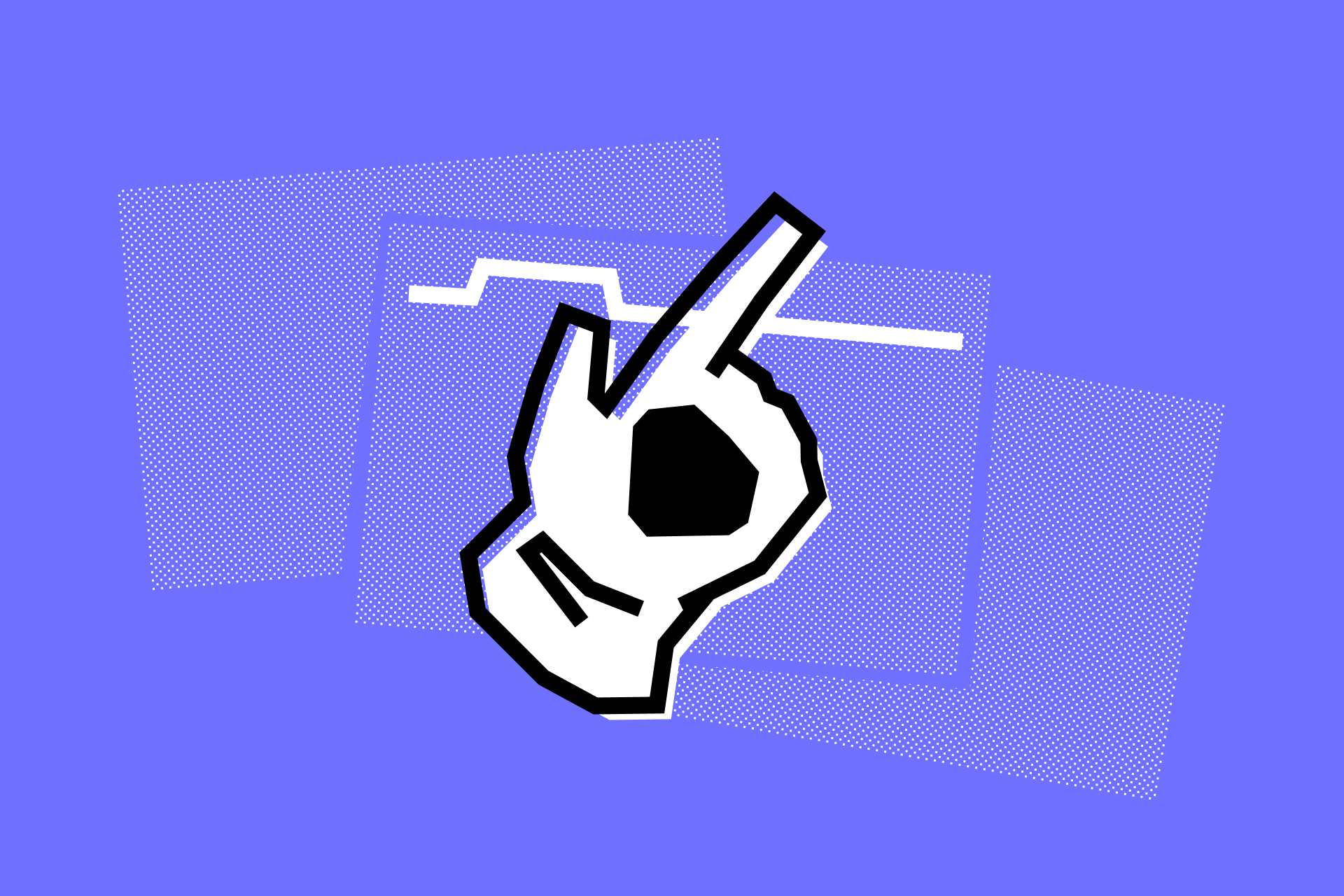 Effective Ways To Get More Out Of Vessel Framework

Why would you need a web crawler? Perhaps you’re building a search engine for an intranet or a group of public-facing websites, or just need to mirror a website with finer-grained control than tools such as wget offer.

The best way to demonstrate Vessel’s capabilities is with an example. Don’t worry, just because of what Vessel’s capable of, it doesn’t mean that it’s hard to use.

To get started, add Vessel to your Gemfile:

Web development frameworks are a powerful answer for businesses to accomplish a unique web app as they play a vital role in providing tools and libraries for developers to use.

Most businesses strive to seek offbeat web applications that can perform better and enhance traffic to the site. Plus, it is imperative to have such apps as the competition is very high in the digital world.

Developers find it sophisticated to use the libraries and templates provided by frameworks to make interactive and user-friendly web applications. Moreover, frameworks assist them in increasing the efficiency, performance, and productivity of the web development task.

Before getting deep into it, let’s have a quick glance at the below facts and figures below that will help you comprehend the utility of the frameworks.

What is a Framework?
A framework is a set of tools that paves the way for web developers to create rich and interactive web apps. It comprises libraries, templates, and specific software tools. Additionally, it enables them to develop a hassle-free application by not rewriting the same code to build the application.

The backend framework refers to a web page portion that you can not see, and it communicates with the front end one. On the other hand, the front-end is a part of the web that users can see and experience.

You can understand by an example that what you see on the app is the front-end part, and the communication you make with it is the part of the back end. Ruby is a programming language that has been accepted with open arms since 1995, and thanks to its open-source nature, it is still growing every day. Ruby is fast, object-oriented, and secure, which brings a dynamic nature into the project with an MVC support structure that makes development more comfortable than ever. With start-ups openly accepting Ruby, the language has shown remarkable progress in almost every field, especially web development. Ruby’s popularity motivated people to take the development to the next level and bring out some best ruby frameworks for the developers.

Some frameworks are built to ease out middleware and request/response of the application. Some are made for REST APIs and others for web applications. Collecting the best ruby frameworks from across the globe, in this post, we’ll talk about these frameworks and how each framework lets the developer take advantage of Ruby.

Without further ado, let’s delve into details of the best ruby frameworks for web development that will surely benefit your business.

Ruby on Rails is regarded as one of the best ruby frameworks. It was the primary language in developing big projects such as Twitter and helped the language boost the community. Often referred to as “Rails,” Ruby on Rails is a web development framework with an MVC control structure and currently running its 6.1 version. The 16-year-old language has dramatically influenced the web development structures and managing databases, web pages, and other components on a web application. Ruby on Rails has an extensive plugin library called “gems” and can be distributed and installed through the popular Ruby package manager called RubyGems. The most notable Ruby on Rails projects include Twitter, Airbnb, and Bloomberg.

Camping is another best ruby web framework. The source code of the camping framework is just 4KB in size, making it the most lightweight Ruby framework on the internet (with equal capabilities). Apart from its size, camping has also been popular since it was written by an unidentified programmer who disappeared in August 2009. Identified by the pseudo-name “Why the lucky stiff,” the programmer has left the project, and since then, camping has been an open-source framework with a huge community. Camping requires Rack to work on the projects and is available as a RubyGem on GitHub. An excellent powerful feature of camping is converting the complete web application into a single file organizing it as an MVC structure. You can visit the official GitHub page to learn more about Camping.

Sinatrais the best ruby framework available in the market for web development. Sinatra is a simple and easy-to-use DSL written in Ruby and often used popularly in place of Ruby on Rails as a web development framework. Sinatra is named after the legendary musician Frank Sinatra and is powerful enough to set up a fully functional web application with just a single file. Sinatra was launched in 2007, is open-source, and hence free to use for the Ruby enthusiasts. Built on Rack, Sinatra can develop micro web applications to full-scale heavy web applications with fewer resources than rails. You would sometimes hear that Sinatra is a microframework, but that is just because of its lightweight and smaller size. In the arena, Sinatra is powerful, capable, and supports RubyGems to accomplish specific tasks with minimum effort. Some notable projects using Sinatra are LinkedIn, Heroku, Apple, and BBC.

Ramaze is another best ruby web framework in competition to help create outstanding web development projects. Being light-weight, Ramaze is faster and offers a flat learning curve. For ruby projects involving JQuery, AJAX, ORM, Javascript, or some templating engine, Ramaze stands as an excellent choice to be seen in the consideration. Ramaze is robust and popular as a “bug-free” framework. Ramaze provides clean and light solutions as compared to Rails. The GitHub page for Ramaze can be accessed through the Ramaze Github link.

Scorched is another one of the best ruby web frameworks that requires Ruby 2.0 and above to work. Scorched is light-weight, and the official website states Scorched as “true evolutionary enhancement of Sinatra, with more power, focus, and less clutter.” Scorched developers have assumed that since Scorched is on top of Rack, the fellow developers are already familiar with it. With that effect, they have removed any “overlapping” functionality and kept Scorched simplified and concrete in its working. Scorched is not recommended to new Ruby developers or inexperienced programmers. Scorched lets you experiment, implement new tools and play around with this open-ended framework. It provides a definite and robust structure for working with HTTP requests and can also be used for scalable ruby-based applications.

If you have experience in some other best ruby frameworks and are excited to have it in this list, mention your framework with its capabilities in the comment section below. I hope this list justified the ruby programmers and the people ready to dive into the Ruby pool. Thanks for reading! Golang is one of the most powerful and famous tools used to write APIs and web frameworks. Google’s ‘Go’ otherwise known as Golan orders speedy running local code. It is amazing to run a few programming advancements rethinking specialists and software engineers from various sections. We can undoubtedly say that this is on the grounds that the engineers have thought that it was easiest to utilize Go. It is always considered as ago for web and mobile app development because it is ranked highest among all the web programming languages.

1.Martini: Martini is said to be a low-profile framework as it’s a small community but also known for its various unique things like injecting various data sets or working on handlers of different types. It is very active and there are some twenty and above plug-ins which could also be the reason for the need for add-ons. It deals with some principles of techniques like routing, dealing, etc, basic common tricks to do middleware.

2.Buffalo: Buffalo is known for its fast application development services. It is a complete process of starting any project from scratch and providing end to end facility for back-end web building. Buffalo comes with the dev command which helps directly to experience transformations in front of you and redevelop your whole binary. It is rather an ecosystem used to create the best app development.

3.Gorilla: Gorilla is the largest and longest-running Go web framework. It can be little and maximum for any user. It is also the biggest English-speaking community that comes with robust web sockets features so you can attach the REST codes to the endpoints giving a third-party service like Pusher.

So, these are some web frameworks that can be used for Golang language. Each framework has its unique points which are only found in them but all of them are the best. IF your developer is in search of one this is where you can find the best.

List of some useful JavaScript Frameworks and libraries for website, web apps, and mobile apps development, that developers should know about to make selection easier.
This article will help you understand the various types of JavaScript Framework available in the market. When it comes to choosing the best platform for you, it’s not only the number of features you need to consider but also its functionality. The ease with which it fits within your project is also an essential factor. The next step is to choose the framework that best fits your company requirements or you can select the best from the list of top web development companies to develop your product based on your requirements.