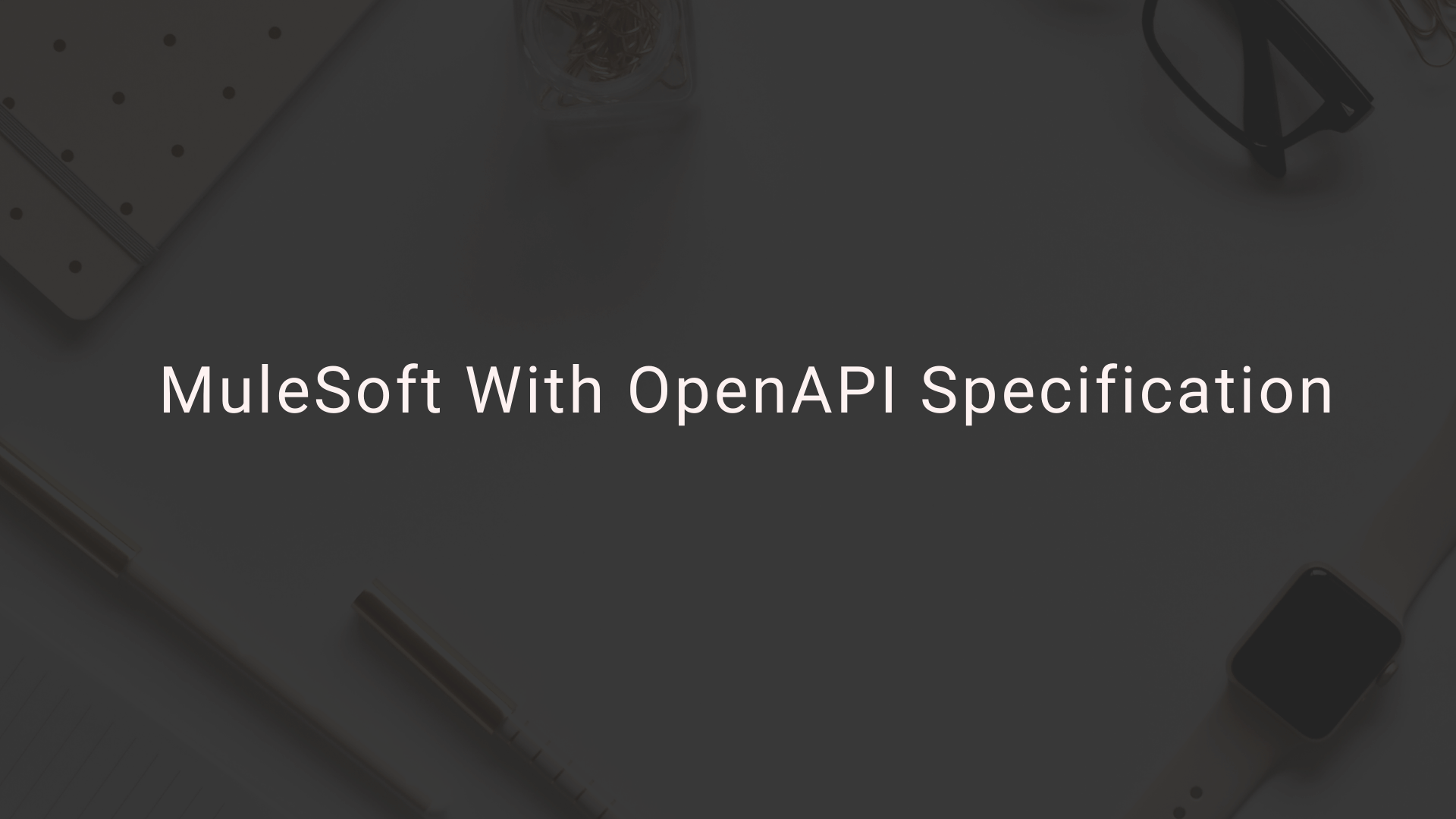 MuleSoft provides RESTful API Modeling Language (RAML), which makes it easy to manage the whole API lifecycle from design to sharing. Enterprises saw the benefits of RAML’s API-spec-centric approach, and the industry has since incorporated it...

MuleSoft provides RESTful API Modeling Language (RAML), which makes it easy to manage the whole API lifecycle from design to sharing. Enterprises saw the benefits of RAML’s API-spec-centric approach, and the industry has since incorporated it broadly.

In this article, we will demonstrate how we can use OAS 2.0 API Specification in MuleSoft for API design and implementations.

Let’s get started. First, we will use SwaggerHub (https://app.swaggerhub.com) to create our API Specification using OAS 2.0.

As shown in the above screen resource, “/persons/{personId}” has been created on the HTTP GET method to get the details of a particular person. There are two parameters has been defined in the spec, “personId” as URI parameter and "clientid" as a header parameter. As part of the service response, we have created schemas for both success and error scenarios.

Now, we will use the downloaded OAS 2.0 API specification in MuleSoft Design Center.

Let’s browse the zip file which we downloaded from SwaggerHub and finish the import. The converted OAS code appears in RAML in the editor panel, as shown in below screen.

Please beware, there are some limitations and issues in this OAS to RAML conversion due to different annotations and formats of these two languages. This will be resolved going forward, but from our side, let’s mock test the API specifications to make sure the conversion happens well for the specification we just created.

What is Mulesoft ESB?

With Salesforce’s acquisition of MuleSoft, the demand for MuleSoft’s Anypoint platform has grown. As a certified partner, we often use MuleSoft in our implementations. But what makes MuleSoft the standard for success compared to other integration...

MuleSoft Hits the Mark with GraphQL

We got to see more details on MuleSoft’s vision for GraphQL, and it shows MuleSoft is working aggressively to fill a gap in GraphQL. What is GraphQL, its challenges, and how MuleSoft is addressing those challenges.

How to become a Mulesoft Developer?

A Mulesoft Developer is Responsible for turning any Business Requirements into code. With Unit Testing, Deploying, monitoring and APIs.