Pointers in Python: What's the Point?

Pointers can be a complicated concept in programming languages. C and C++ are known for having pointers, but what about Python? It does! Let’s explore some exciting things about pointers in Python.

Whenever we create a variable or an object in a programming language, it’s stored in a particular CPU address. Whenever we output the data, it pulls from that address. Pointers are used to store the addresses and for memory management. But, at times pointers can crash our programs. Let’s get into the details.

Python doesn’t have any pointers concept. Why doesn’t Python speak about pointers? The reason is unknown. Maybe because of the difficulty level of pointers which is against the Zen of Python. Python focuses on its simplicity instead of speed. We can implement pointers in Python with the help of other objects.

We have to first understand some concepts in Python before diving into the pointers. Let’s first see what objects are? And types in it.

Everything in Python is an object.

If you are new to Python, run the following programs as proof for the above statement.

As you see, everything in Python is an object. Each object in Python consists of three parts.

It deals with the memory in the CPU. It represents the number of Python variables referring to a memory location.

It refers to the kind of object like int, float, string, etc…,

It’s the actual value of an object stored in the memory.

Objects are of two types Immutable and Mutable. Knowing about these objects will clear the first step of our pointers. Let’s first see the immutable and mutable. 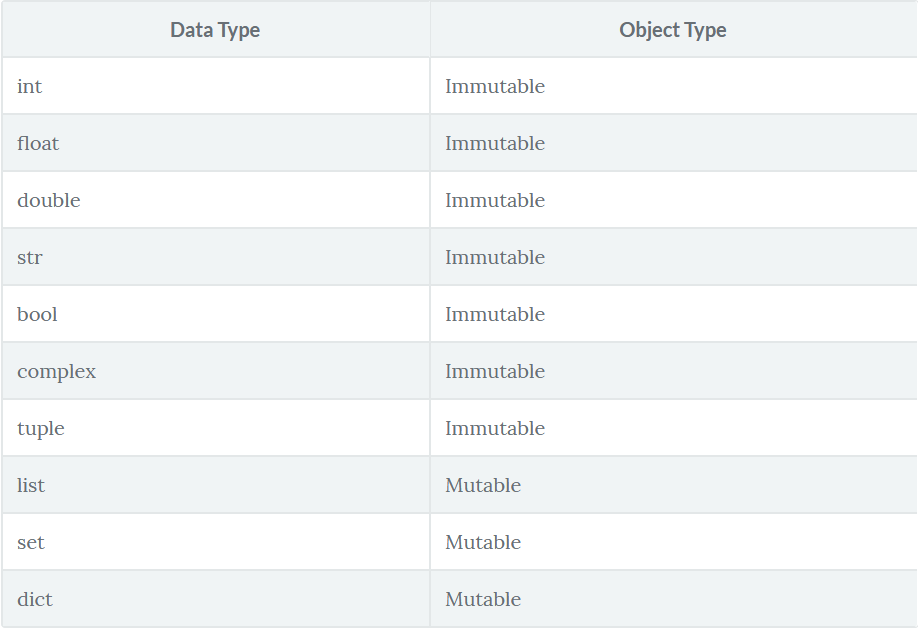 We can’t change the immutable objects once we create them. Most of the commonly used data types in Python are immutable. Let’s see what that means.

We can test whether an object is immutable or mutable by using id() and is.

int is an immutable object. Let’s see with an example.

The address of a is changed. That means the object we created first, is now referring to the new address.

When we assign a to b, Python doesn’t create a new object. It merely made reference of b to a value. It saves memory.

We can change the mutable objects even after creation. Python doesn’t create new objects when we modify a mutable object. Let’s see with some examples.

Even after performing some operations on the list, the address doesn’t change. Because the list is a mutable object. The same thing occurs when we perform other mutable objects like set or dict.

Now you know the difference between immutable and mutable objects. This makes the upcoming concepts easy to understand.

Python variables are different from C. First, we will learn how variables work in C for better understanding of pointers.

C variables memory management is entirely different from Python. Let’s see how to define a variable in C and the steps it goes through when executed.

Execution steps of the above statement.

If we illustrate the memory, it may look like the following.

Here, a has a memory location of 0x531. If we update the value of a. The address location of a doesn’t change.

If we see the location of a didn’t change in C programming language, the variable is not just a name for the value. It’s a memory location itself. So, we are overwriting the value of a memory location directly. It’s completely different from Python.

If we want to assign a to another variable, then C creates a new memory location, unlike Python. The following code assigns a to a new variable b.

Generally, variables in the Python are called names.

The above code will undergo the following steps during execution.

a refers to the above PyObject in the memory. It’s completely different from C variables. a is not a memory location as it was in C variables.

The above statement undergoes the following steps during execution.

In memory a refers to the new PyObject. So, the old PyObject refer count will be 0.

a refers to the immediate below PyObject

The old PyObject reference count is 0. Because the variable a refers to the new PyObject.

What happens when we assign a to a new variable b? Let’s see…

Python doesn’t create a new PyObject for the variable b. Python makes the reference count of a’s PyObject to two. Those two variables are a and b.

a and b refers the same PyObject

To see whether a and b referred to the same memory location or not, run the following code.

is returns True both variables refer to the same PyObject. If we modify the value of b Python creates a new PyObject for b because integers are immutable in Python. Now, you are familiar with the Pythons’ object model.

Let’s write a small function in C, which takes a pointer as an argument and increments the value of variables present in that memory location.

The increment function takes a pointer and increments the value of the pointer referring variable. Let’s write the main function.

Now, we are going to implement the same behavior in Python using mutable objects. Let’s see…

We can replicate the above program using mutable objects in Python. Let’s see how we can do this.

These are not real pointers like C. All we did was replicate the behavior of pointers in Python.

Using ctypes module, we can create real pointers in Python. First, we will compile a .c file containing functions which use pointers and store it. Let’s write the following function into a .c file

Let’s assume the file name is increment.c and run the following commands.

The first command compiles increment.c into an object called increment.o. The second takes the object file and produces libinc.so to work with ctypes.

Now, if we try to call the function using a different type, we will get an error.

We got an error saying that the function wants a pointer. ctypes has a way to pass the C to the functions.

a is a C variable. ctypes has a method called byref() which allows you to pass the variable reference.

Now, we have an incremented value in the a.

Now, you have a better understanding of Pythons’ objects and pointers. Pointers are not present in Python. But, we implemented the same behavior with mutable objects. The Pointer we implemented with ctypes are real C pointers. 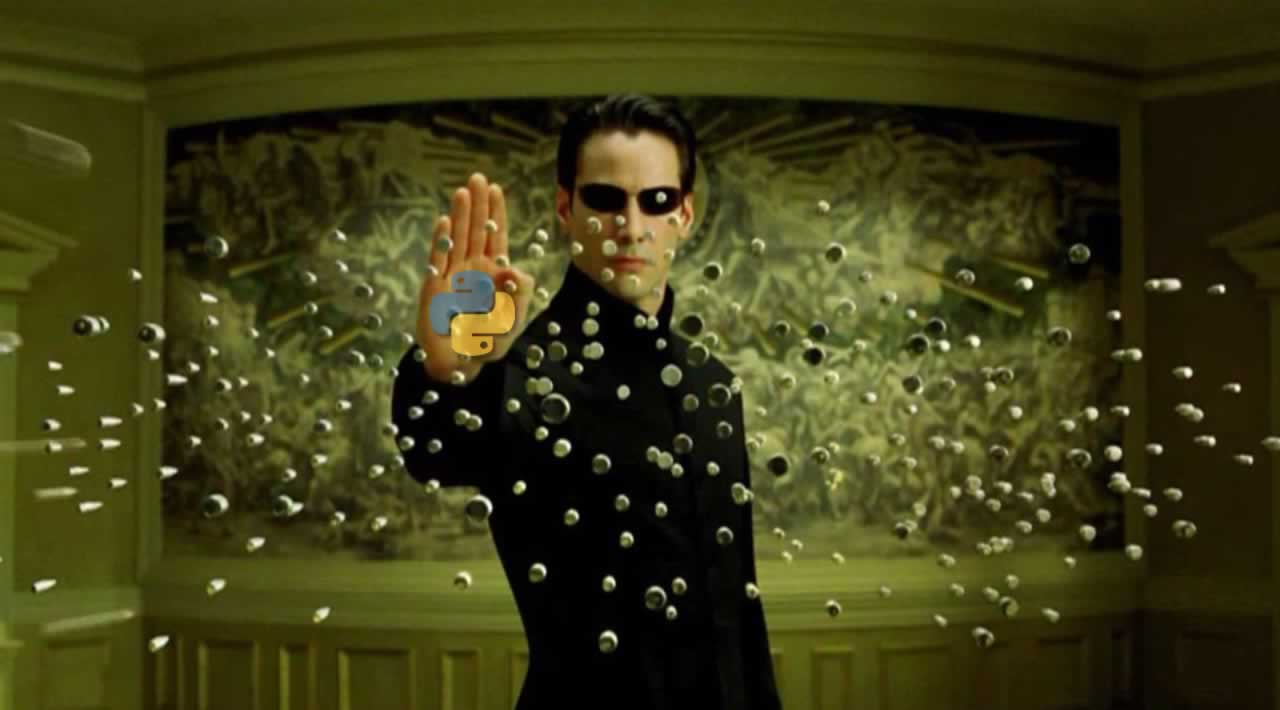