Is Hedera Hashgraph a Replacement of Blockchain? 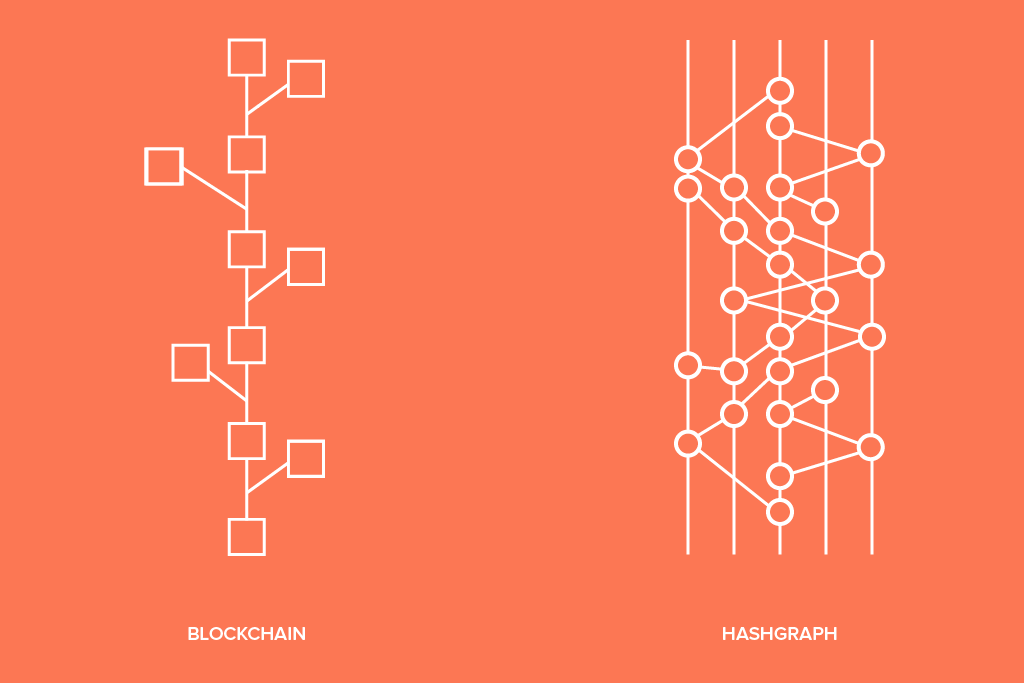 Blockchain technology has proven to be the biggest technological revolution of the era. The technology, with characteristics like transparency, decentralization, immutability, and security, has offered ample opportunities and solutions to the...

Blockchain technology has proven to be the biggest technological revolution of the era. The technology, with characteristics like transparency, decentralization, immutability, and security, has offered ample opportunities and solutions to the challenges associated with traditional database systems. It has entered into almost every business domain - be it healthcare, travel, education, finance, retail, real estate, or on-demand and made its presence felt.

In fact, the Blockchain market has been predicted to be of $20B by the year 2024.

This, as a whole, has made both Entrepreneurs and app developers take an interest in Blockchain development, and eventually reap higher benefits with an ‘all new’ business model.

However, there came a twist.

The technology, that came up as the key to unlock the opportunities that were not possible with conventional database system, was encountered with various challenges. It came tainted with various considerable issues and challenges, that made everyone wonder if there’s any better solution that Blockchain.

And this is where another technology called Hedera Hashgraph made its entry in the market.

The technology, as claimed by its developers, come up with all the features and facilities where Blockchain lagged behind and thus, can be its perfect replacement. And eventually, the foremost choice of everyone who wish to step into decentralization environment.

But, is it really so? Does Hedera Hashgraph hold the potential to replace Blockchain technology?

Let’s find out in this article.

But before we dive into the decentralization world and compare the two, let’s have a brief look of what Hedera Hashgraph is.

A Simple Definition to Hedera Hashgraph

Hedera Hashgraph, in layman language, is a decentralized public network that works on a Graph-like structure to create fast, secure, and fair applications.

The platform, unlike Blockchain-based platforms, does not rely upon heavy proof-of-work computation and thus, let developers build a completely new class of distributed apps than ever possible before.

It has gone live in the market alongwith 26 dApps last month and works in a graph-like manner using Gossip protocol and Virtual voting mechanism.

With this covered let’s look directly into different comparison factors and see how Hedera Hashgraph proves to be a better choice to go with.

Hedera Hashgraph vs Blockchain: Factors That Favors the Former

1.Stability Blockchain technology is open-source. Meaning, anyone can use, edit and publish the codes. So, it is likely that you come across a chain today and find a completely different one tomorrow.

Whereas, it is not so in the case of Hedera Hashgraph.

Hedera Hashgraph is patented which means every change in the network is approved by the Hedera Governing Council. This gives business enthusiasts and app developers an escape from forking and other illegitimate activities. And, in the long run, it approves more stable chains.

This again proves that Hedera Hashgraph is better than Blockchain.

Besides, the transaction ordering in Hashgraph network is clear and fair, which again gives developers time to lower down the loopholes and eventually, deliver a secure experience.

So, Blockchain leads the battle at present. However, the story might take a 180-degree turn in the future.

As covered in this article, Hedera Hashgraphs holds the solution to the prevailing Blockchain development challenges. It has the potential to give a 180-degree transformation to the whole economy. However, saying that is the better than Blockchain and can replace it is a long shot. It is too early to conclude that Hedera Hashgraph can overtake Blockchain at this moment, provided the former is quite new when compared to the latter in terms of maturity and use cases.

So, the right way to determine if Hedera Hashgraph is a replacement of Blockchain technology or not is to wait till developers iron out all the flaws of the technologies and both reaches a mature stage. After all, only then we will get acquainted with the true potential of both Blockchain and Hedera Hashgraph.