AWS vs. Azure — A Quick Comparison 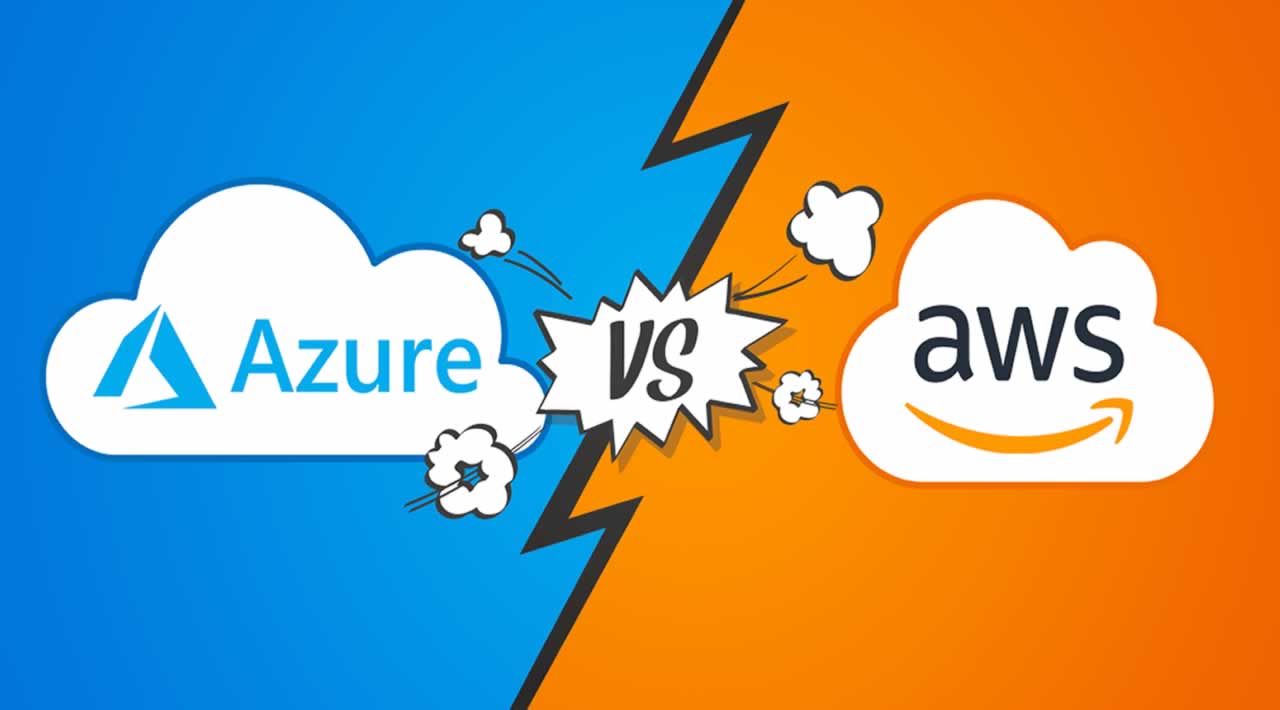 AWS and Azure have a brief head-to-head on some of the cloud computing platform factors that matter most to consumers.

AWS and Azure have a brief head-to-head on some of the cloud computing platform factors that matter most to consumers.

Research has shown that about 77 percent of businesses have had at least one application or their entire infrastructure in the cloud.

This trend is projected to continue given the flexibility and scalability that cloud computing offers to businesses. This is not to mention the competitive edge it offers you over other companies that may not be using cloud services.

While migrating to cloud computing is easy, most businesses find it difficult to choose between the two giant cloud service providers: Microsoft's Azure and Amazon Web Services (AWS).

To make an informed decision, here's an AWS vs. Azure comparison guide:

AWS offers temporary Elastic Block Storage that's allocated when an instance starts and terminated when it ends. Other storage solutions include the Elastic File System, import/export of large data volume, and Storage Gateway.

Microsoft's Azure offerings include the Azure Blob storage, Azure core storage services, and the Table and File storage. It also allows for the transfer of huge data through its Import Export site. For data backup and archiving, users can utilize Azure backup and site recovery.

Both AWS and Azure offer equally competitive computing power, but there's a thin line of difference when it comes to the computing resources offered by each.

AWS comes with Elastic Compute instances (EC2) that offer scalable computing on-demand and customization for several options. This allows you to choose the memory capacity, power, as well as the number of Virtual Machines (VMs).

Azure, on the other hand, focuses on VMs where users have to choose Virtual Hard Disks (VHDs) for their virtual machine. You can specify the memory size and cores of your VHD or choose a pre-configured one from Microsoft.

Data security is one of the major concerns for businesses moving to the cloud. The two public cloud providers have tried to outsmart each other by offering sole-proprietary security solutions. This is based on role-based access control (RBAC), which manages how users have access to particular resources within the cloud.

Azure uses Active Directory version of RBAC whose capabilities exceed those of AWS's RBAC — the Identity and Access Management (IAM). In fact, AWS directs its users on its own platform to use Azure's Active Directory.

However, this is not to mean that AWS doesn't offer premium security solutions as Azure does. Its sophisticated security services such as DDoS protection and Guard security also compete closely with Active Directory features.

Besides, the security of your data in the cloud is more dependant on your staff than the tools used. So, if your business is endowed with a knowledgeable IT team, they'll be able to successfully secure your data whether on Azure or AWS.

Amazon's relational database service, RDS comes with more control and options to the user than Azure's equivalent, the SQL database. However, SQL servers are easier to learn and use than AWS's RDS, thanks to its deep history in working with businesses.

The battle further continues as Amazon's RDS is compatible with popular database engines such as MySQL, Amazon Aurora, MariaDB, and Ms. SQL, while Azure supports MS SQL servers only.

Comparing their NoSQL services, Amazon offers Amazon DynamoDB which can be used with its RDS to allow an even stronger cloud environment for large data volume. Azure's NoSQL, Azure DocumentDB, can be integrated with Big Data through Azure HDInsight in addition to its relational database.

In terms of networking capabilities, Azure and AWS allow connectivity to your on-set premise system. What's even better is that they offer automatic load balancing of the servers.

With Amazon, users can create isolated networks within the cloud using Virtual Private Cloud offered by AWS. The users can further create subnets, route tables, network gateways, and private IP address ranges. Azure also allows you to do the same with its Virtual Network (VNET).

Both providers also allow you to extend your on-premise data center into the cloud and provide a firewall option as well.

There's no clear cut line on which cloud service provider offers the most affordable rates. This is due to the fact that computing power units vary between AWS and Azure.

Rather than charging on a monthly basis, both providers exploit the more modern means of paying — Pay As You Go (PAYG). Microsoft's Azure charges based on minute-by-minute usage while AWS charges by the second, which is an improvement from their hourly charges.

Nevertheless, you can use the AWS calculator and the Azure calculator to help you estimate the costs depending on your cloud computing needs. There are also free trials with limited usage for new users.

AWS is still developing its hybrid capabilities especially after recently launching the Snowball Edge. This 100 TB hard drive will allow users to move workloads between the company's cloud and the client's data centers.

AWS vs. Azure: Which One is Perfect For Your Business?

With this AWS vs. Azure comparison, you can now make a more informed decision for your business.

It's important to note that the ideal cloud provider will depend on the needs of your business rather than the provider. You can even use both providers for different parts of your operational needs to enjoy the best of both worlds!

What Are The Benefits of AWS and Microsoft Azure ?

The Big Three, Amazon, Azure, and Google, are driving the cloud computing market. The variety of opportunities they offer to businesses is endless which makes the decision even more difficult — which cloud will benefit my business the most? AWS Vs. Azure: Key Differences and Business Benefits