"In this CSS Effects tutorial, we are going to discuss some awesome CSS effects that can be created using just HTML and CSS. We will work on all the CSS effects with code. By the end of this CSS Animation Effects Tutorial, you will be able to work with several animation properties.

In this video we will discuss the following topics:

Introduction to CSS:
Cascading Style Sheets(CSS), or more commonly known as CSS brings style to your web pages by interacting with HTML elements. HTML, on the one hand, is used to structure a web document, where as CSS comes in handy while specifying your document’s style, that is everything from page layouts to colors, to fonts. CSS stands for Cascading Style Sheets. It is a style sheet language that is used to describe the look and formatting of a document written in a markup language. It provides an additional feature to HTML, thus making it very useful. It is generally used with HTML to change the style of web pages and user interfaces. 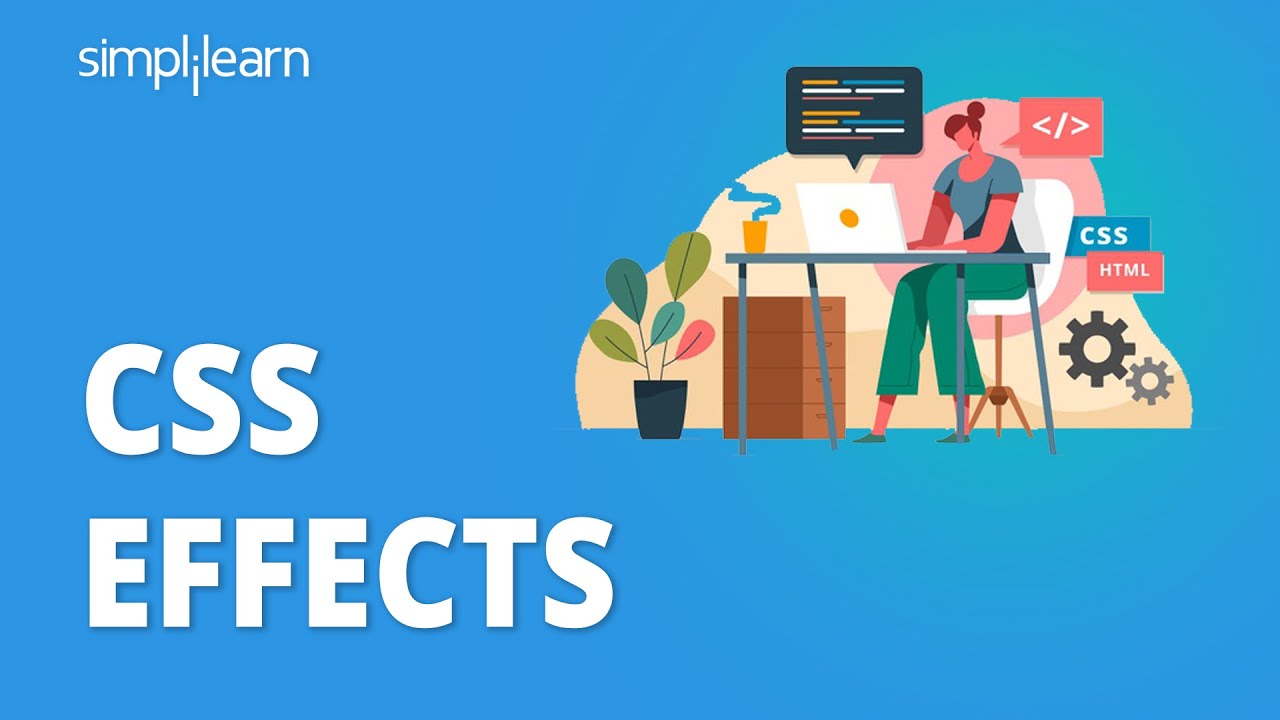 In this video I will show you how to create CSS Awesome Loading Animation With JS Effect . Hello! For my last video of 2020, we are learning how to handle themes with CSS Variables, with a cool theme switcher from twitter. Enjoy!