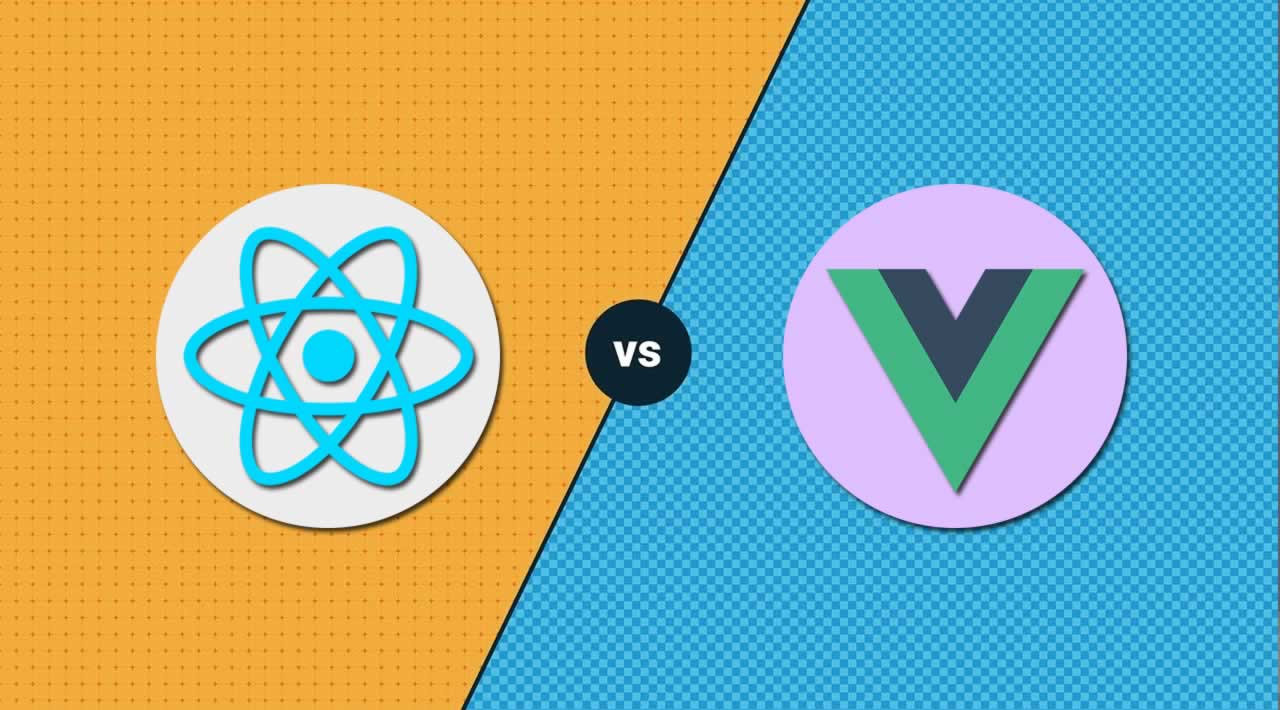 Javascript frameworks along with HTML and CSS have become an integral part of the front-end development of every contemporary software project. 2020 is going to be another year of choosing the right JavaScript framework for your web app development project. React or Vue?

Some of the common queries related to choosing the tech stack are:

After reading the answers to all these questions, you will be able to decide a perfect Javascript technology for your project. Let’s compare React VS Vue on the basis of various parameters to unveil the realities of these programming tools for 2020.

JavaScript is quite quick in launching new frameworks and libraries. In fact, it’s a constant affair and these JavaScript technologies keep exchanging their positions in popularity graphs after every few months.

Let’s look at the latest statistics of 2019 to find out which is more popular between React and Vue.

Stat #1: Google trends: The search trends on Google for Vue and React are depicted in the line graph. React is way ahead in these searches in comparison to Vue.js.

Stat #2: Stack Overflow Survey: In the most loved frameworks, React topped the list. But vue.js has also shown remarkable success. Since its launch in 2014, it has become a popular choice for developers in less time.

Let’s get a quick background check for these javascript technologies under this head.

Vue.JS: Evan You, an ex-engineer of Google, created this Javascript framework in 2014. It is not backed by a popular top-notch organization. Version 2.6.10 is its latest release on 20 March’2019.

Its been only five years to its launch which makes it the youngest member of the javascript family. Alibaba and Gitlab are some popular names that are reaping the benefits of this framework. Vue is known as a blend of the features of some successful javascript technologies.

React: Unlike Vue, this javascript library was created by Facebook. Facebook ads traffic management was the major reason behind its creation. It was when Facebook experienced issues in maintenance and coding.

It is well-known for its ability to create dynamic and interactive user interfaces. Version 16.8.6 is React’s latest version which was released on 6th May 2019. Some popular companies writing codes with the help of React are BBC, Instagram, WhatsApp, and the list is actually long!

The changes in the application are reflected in its user interface and a thing called DOM. There can be a virtual DOM or real DOM. The kind of DOM has a great effect on the performance of any programming technology.

React: It has a virtual DOM which is lightweight and not browser-specific. It is a major reason behind the popularity of React as with virtual DOM, it has eliminated the problem of inefficient performance.

Vue: Vue also has worked with a virtual DOM but provides a faster performance in comparison to React. It also ensures a bug-free performance.

React: For the maintenance of the increasing ad campaign traffic, Facebook developed this Javascript library. The facebook staff works on adding new and advanced features to React’s functioning. This has provided strong reliability to this library among the react developers.

Vue: It is developed by an ex-google engineer but not backed up by any top brand. This brings a lack of its reliability and an initial boost in the market. But crossing this hurdle, Vue has gained unexpected popularity and support from developers. Vue created its support on its own.

React is slightly bigger in size than Vue.js. React is about 100 KB and Vue is of 80 KB in size. The size of frameworks/ libraries can have a significant impact on software development projects.

React needs support for certain tasks from other libraries. One of these tasks is routing. Its small size makes a perfect match for lightweight applications. Vue is even smaller in size which makes it more suitable for the light-weight application.

React VS Vue: Use cases

Before making a choice between the right programming technology, it becomes essential for entrepreneurs to research the kind of companies that are using different tech-stack. Javascript has become an incredible part of the software development services for a long time now.

Major credit to this goes to the capabilities of its various frameworks and libraries. So, here are the top use cases of React and Vue:

The learning curve is the ability of software developers to apply the codes of a particular language/ framework or library. Between these two programming technologies, Vue is more friendly for web developers according to the statistics.

In Stateofjs research, it was asked to vote for “used it, would use it again” and more respondents voted for React. Apart from that, opinions on other situations were also asked from the respondents.

Here is the representation of responses from the respondents:

Refer to this index to understand the above bar graph more clearly.

Vue is a new and a must-try framework for web app developers. It is well represented through its score in the option of “heard of it, would like to learn”. This ensures a promising learning curve for this coding technology in the upcoming years.

React: There is not much to offer in the official react library. Here you get extreme flexibility to choose the tools of your choice. There are some frameworks like angular, everything is provided in its package which does not give enough room to experiment.

Some of the tools that can be integrated with this technology are React routing and Redux and MobX for office management tasks. Well-experienced mobile app developers will enjoy and flourish with this kind of liberty in development as it allows them to create dynamic applications.

Vue: Unlike react, there are certain things provided over the official site of the Vue to the vue.js developers. Moreover, server-side development is also supported by a Vue service side render. To name a few, Vuex for state management and Vue Router for routing are the add-ons that can be used in custom software development services.

Based on the representation of my above analysis with the help of statistics and facts, we can summarize the following points about React vs Vue:

At the end of this blog, I assume that your doubts have got cleared regarding the right tech-stack for your application development. If you are still in dilemma then talk to an expert from a reputed web app development company.

For any further assistance from me or in case, if you want to share your personal experience, you can reach me through the comment section at the end.