Java vs. Python: A Comparison of Features and Usage

Java and Python are both in the top five most popular programming languages per the Stack Overflow’s Developer Survey 2019. When people ask you to compare the two languages, you might be tempted to say that either language is robust enough to handle all different kinds of usages. But, the truth is that to maximize the best features of each language, you’ve got to consider carefully when choosing one language over the other. Also, if you’re a beginner, understanding the features and usage conventions of the languages may help you to decide which language to learn first.

Java was developed as an object-oriented programming language by James Gosling and the team at Sun Microsystems in the early 1990s. The main goal of Java was to be able to run on multiple platforms securely. It’s also architecture-neutral and high performance. These features make Java a very popular language choice for enterprise technology.

In contrast, Python was designed to be a multi-purpose language that strives to be readable, explicit, and simple. Compared to Java, Python’s syntax is much simpler. Beginners often start with Python, then venture into Java after practicing object-oriented language concepts in Python.

Java is statically typed, while Python is dynamically typed. This means that Java performs type checking at compilation, while Python does it at run-time. Type checking is the process of verifying and enforcing constraints of types. Both Java and Python are strongly typed languages, which means that variables need explicit conversion to convert to unrelated types. Typically, due to type checking at runtime, Python is slower than Java. Python also requires more unit testing, while Java development is typically lengthier. Type safety in Java allows enterprise-level secure implementations, while Python is often the language of choice for prototyping.

Comparison of hello world code already shows you how verbose Java is. In practice, one example is that, in Java, the top-level public class must be defined in its own file. In Python, multiple classes can be defined in a single file. Verbosity also contributes to the number of errors. You’ll find that programming in Java often involves a more rigid set of rules. In turn, there are a lot more errors to fix in development. Python’s simplicity allows for more creativity and productivity.

Due to the verbosity of its syntax, complex conventions, and longer development time, Java is harder to learn than Python. However, there are arguments for both languages as the first programming language to learn.

Learning Java first is admittedly more painful. But, you will learn more about why design choices are made. It makes you a better programmer in the sense that you step away from just getting the job done. Instead, you learn about the reasons behind the code.

Learning Python first is easier. Many computer science programs now use Python as the language of choice to teach computer science concepts. Python’s ease of use lets you be more creative in your learning path. It also gives you more motivation to learn other languages.

Java is much faster than Python—historically, as much as 25 times faster. However, with the Python 3 release, Java is now only about 1.5 times faster. The main reason that Python is slower is that it’s interpreted using the read–eval–print loop and it also does type checking on run-time. Both of these slow Python down at execution. Due to the performance drawbacks, you’ll find that Java dominates enterprise-level software development.

There are two sides to the legacy-systems coin. Traditionally, Java has dominated enterprise software development. You will find that more legacy systems are programmed in Java than any other language. They also tend to be large and critical systems. Python, because of the way it easily plugs into systems developed in any other language, often acts as the glue to connect them.

SQL and connecting to relational databases were essential in the last decade for enterprise software development. The popularity of JDBC has made Java the language of choice in that area.

When it comes to legacy systems, you will often find Java and Python working side by side.

Java and Python could both be the choice for back-end web development. Django and Flask are two popular frameworks for web development in Python. Django allows you to build a powerful back-end that capitalizes on efficiency and security, while Flask is a micro-web framework containing basic routing of requests without an overhead.

Even though Java currently has an advantage over Python for enterprise technology development, Python may be favored for the proliferating machine learning field. In machine learning, the most popular libraries are in Python: Pytorch, TensorFlow, scikit-learn, etc. Python is also a multi-paradigm language, which means machine learning implementations can be done using functional programming. This appeals to the scientific community as well as the data science community.

Java and Python both have features that have allowed these languages to develop side by side. In enterprise development, although Java has historically been the choice due to performance and security reasons, Python is fast catching up. With the proliferation of machine learning, the battle between Java and Python may intensify. Ultimately, both languages lend themselves to different usages that allow both to have bright futures ahead. 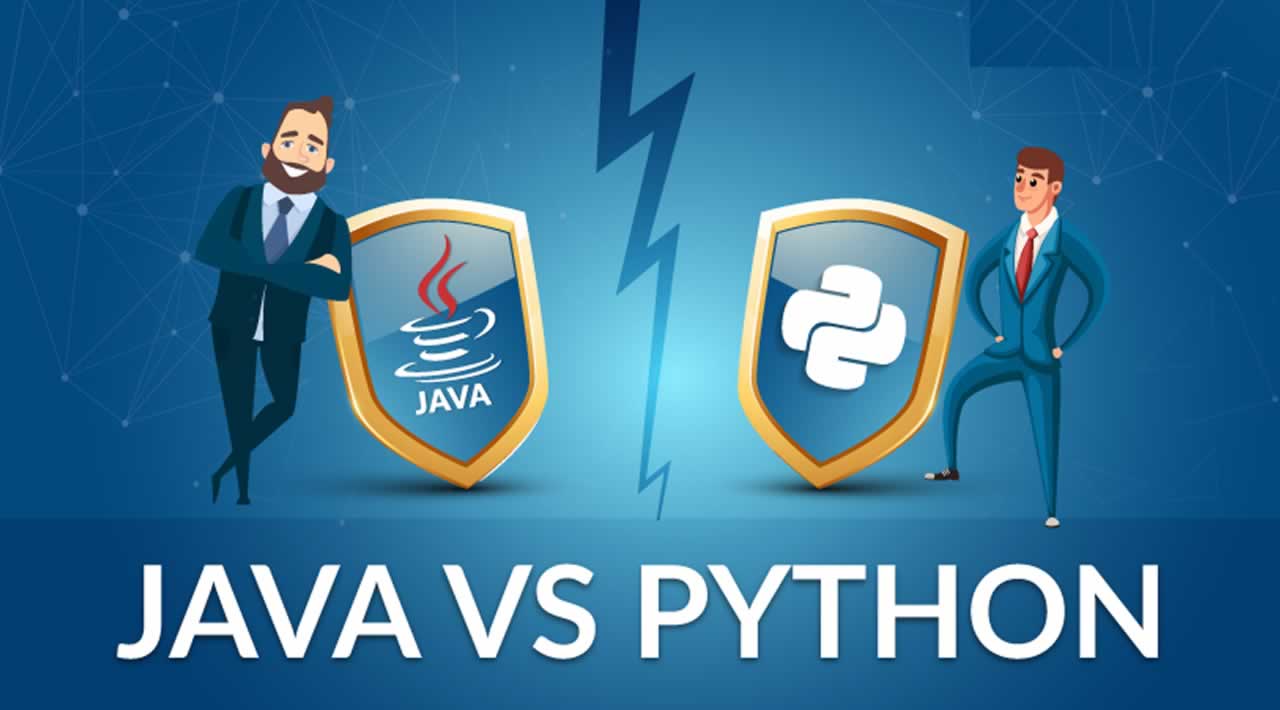 Python vs Java in 2021: Which One You Should Choose? [Full Comparison]

Choosing between various programming languages is often a difficult task for developers, let alone choosing between the two industry leaders. Are you also facing one of those dilemmas? This article is a developer’s one-stop-shop for a list of features that they should consider when deciding between Java and Python.

Java and Python both have been at war for the top spot. Python has been constantly improving, while Java is used in significant organizations. Both languages do their jobs well, but certain microscopic features differentiate them.