Spring is a blog engine written by GitHub Issues, or is a simple, static web site generator. No more server and database, you can setup it in free hosting with GitHub Pages as a repository, then post the blogs in the repository Issues.

You can add some labels in your repository Issues as the blog category, and create Issues for writing blog content through Markdown.

Spring has responsive templates, looking good on mobile, tablet, and desktop.Gracefully degrading in older browsers. Compatible with Internet Explorer 10+ and all modern browsers.

Get up and running in seconds.

For the impatient, here's how to get a Spring blog site up and running.

If you are using, please tell me. Spring is a blog engine written by GitHub Issues, or is a simple, static web site generator. No more server and database, you can setup it in free hosting with GitHub Pages as a repository, then post the blogs in the repository Issues.

You can add some labels in your repository Issues as the blog category, and create Issues for writing blog content through Markdown.

Spring has responsive templates, looking good on mobile, tablet, and desktop.Gracefully degrading in older browsers. Compatible with Internet Explorer 10+ and all modern browsers.

Get up and running in seconds.

For the impatient, here's how to get a Spring blog site up and running.

If you are using, please tell me.

An Introduction to Static Site Generators

Websites can be of 2 types: static and dynamic. For static types, when user requests a file, server sends the file and user can see it. Every page is hand coded in html. In a dynamic type, When user requests, content is generated and server builds the page then sends it to the user. Generally managed by CMS like Wordpress or Joomla.

Static site generator (SSG) bridges the gap between static HTML sites and CMS based sites (like Wordpress). It provides better performance of static sites and we do not have to write HTML for content of our site.

Think of a static site generator as a script which takes in data, content and templates, processes them, and outputs a folder full of all the resultant pages and assets.

In short, SSGs bring good of both worlds together.

Static websites do not have a database and all our server does is returns the file asked by user.

Our server becomes dumb (doesn’t use logic to construct page) so no security issue to exploit.

Our website can live in a version controlled environment, meaning if you make a mistake you can go back to a previous version in one command.

When the number of users on a dynamic website increase it would mean to efficiently scale the website to ensure every user’s page is served as quickly as possible while for static sites thats not a issue because our work is pre-done. Our website pages are already made and we just have to provide them. This is an example of UI application built using Spring Web Flux and Thymeleaf templates. It has a login page and on authentication shows a list of customers. It interacts with Spring Gateway service which acts as the backend for this frontend.

The UI application has the following pages:

Along with this, other services involved are:

All the components here are developed using Spring Boot.

The flow from UI to the Customer Service application is shown below: 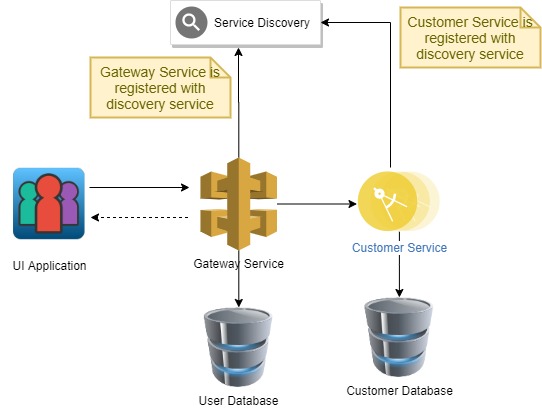 The codebase for this whole setup is available here.

To run this application, open command prompt or terminal and go to the corresponding folder where pom files are present and run the below command.

Start the services in the following order:

After all the services have started, open “http://localhost:9080/login” in your browser. You should see the below window. Enter “user1” for Username and Password. 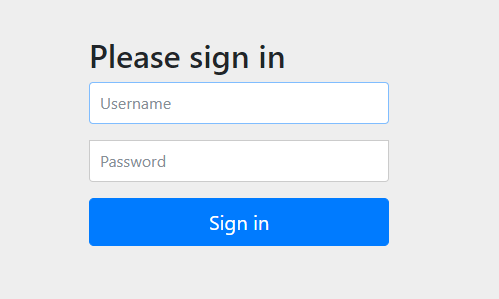