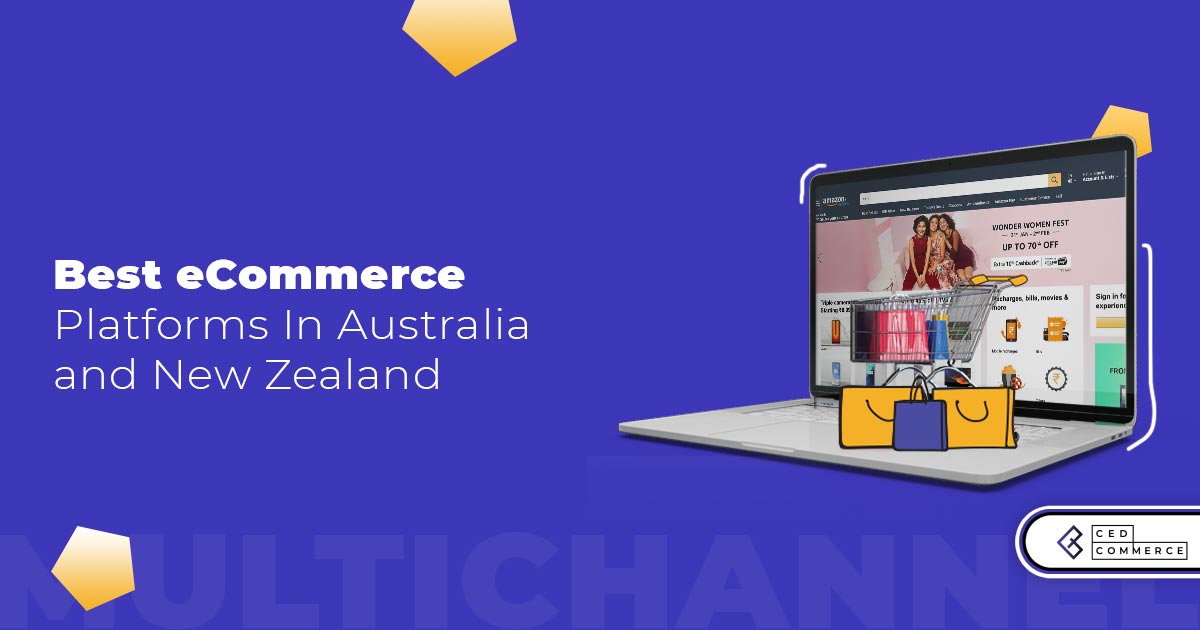 Expanding your business to a new region is always a good idea. If you are looking for the same, you can sell on the best eCommerce platforms in Australia.

Only Kogan.com and the marketplaces are pure e-commerce platforms, with supermarkets, department shops, electronics, and discount specialists making up the rest of our top 6.

1. eBay Australia eBay was one of the first e-commerce platforms to establish itself in Australia, launching in 1999, barely four years after its start in the United States. Since then, eBay has maintained its dominance in the Australian e-commerce market, having held the top spot since its inception.

eBay Australia offers the same services as its international platforms, allowing people and businesses to sell directly through the site, both in auctions and on a one-to-one basis. Fashion, automobiles, home and garden, electronics, collectibles, and other categories are accessible.

2. Amazon Australia Amazon began as a pioneer in the e-commerce market in the United States in 1994, providing a platform for businesses to become sellers and consumers to obtain access to the world's largest selection of items.

While Amazon has been shipping to Australia for some time, it just established a presence in the country in 2017, meaning it has only been in operation for three years and has already risen to become the country's third-largest e-commerce site. Amazon now offers a wide selection of products to Australians, including digital media, books, electronics, fashion, fitness, automobiles, and much more.

3. Kogan.com On this list, Kogan.come is the only pureplay e-commerce site founded in Australia. It was founded in 2006 to fill a void in the online consumer electronics market where there was no pure-play e-commerce site. It started by selling televisions before growing into a broader range of consumer products. Kogan.com acquired Australian electronics shop Dick Smith in 2016, bolstering this area even further.

Kogan.com now sells products in a wide range of categories, including consumer electronics, home and garden, furniture, office supplies, baby and children's items, and more.Click to know more about another 3 Top marketplaces in australia.

An extensively examined list of top 10+ eCommerce Developers in Australia with ratings & reviews to help you hire the best custom eCommerce development companies in Australia.

Non-fungible tokens are rising in value as a result of a slew of investments from around the world. Infinite Block Tech are a readily available market in which you may either build and launch your own tokens or publish your tokens in the **[NFT...

Top 10 eCommerce platforms of 2021 to provide business owners reach, digitization and simplified administration of online business operations. Find out which one is best for your business.