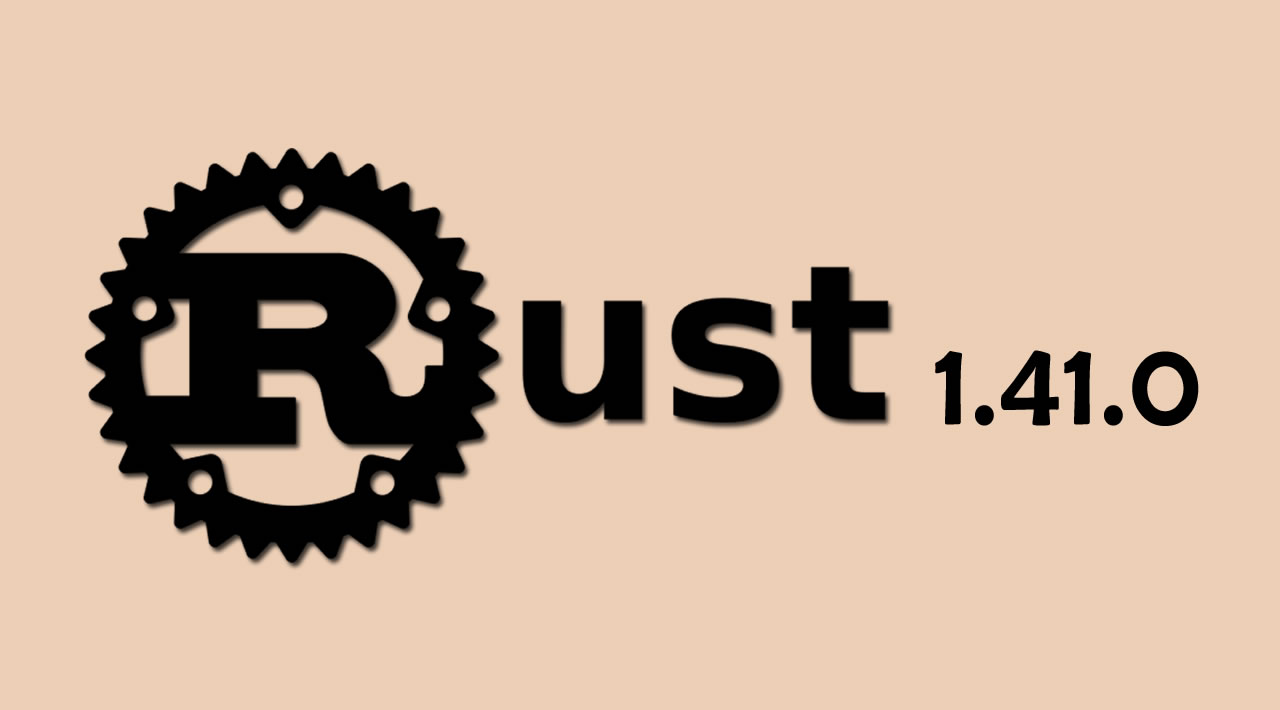 The Rust team is happy to announce a new version of Rust, 1.41.0. Rust is a programming language that is empowering everyone to build reliable and efficient software. What's in Rust 1.41.0?

The Rust team is happy to announce a new version of Rust, 1.41.0. Rust is a programming language that is empowering everyone to build reliable and efficient software.

If you have a previous version of Rust installed via rustup, getting Rust 1.41.0 is as easy as:

If you don't have it already, you can get rustup from the appropriate page on our website, and check out the detailed release notes for 1.41.0 on GitHub.

The highlights of Rust 1.41.0 include relaxed restrictions for trait implementations, improvements to cargo install, a more git-friendly Cargo.lock, and new FFI-related guarantees for Box<T>. See the detailed release notes to learn about other changes not covered by this post.

To prevent breakages in the ecosystem when a dependency adds a new trait impl, Rust enforces the orphan rule. The gist of it is that a trait impl is only allowed if either the trait or the type being implemented is local to (defined in) the current crate as opposed to a foreign crate. What this means exactly is complicated, however, when generics are involved.

Before Rust 1.41.0, the orphan rule was unnecessarily strict, getting in the way of composition. As an example, suppose your crate defines the BetterVec<T> struct, and you want a way to convert your struct to the standard library's Vec<T>. The code you would write is:

...which is an instance of the pattern:

In Rust 1.40.0 this impl was forbidden by the orphan rule, as both From and Vec are defined in the standard library, which is foreign to the current crate. There were ways to work around the limitation, such as the newtype pattern, but they were often cumbersome or even impossible in some cases.

While it's still true that both From and Vec were foreign, the trait (in this case From) was parameterized by a local type. Therefore, Rust 1.41.0 allows this impl.

For more details, read the the stabilization report and the RFC proposing the change.

With cargo install, you can install binary crates in your system. The command is often used by the community to install popular CLI tools written in Rust.

Starting from Rust 1.41.0, cargo install will also update existing installations of the crate if a new release came out since you installed it. Before this release the only option was to pass the --force flag, which reinstalls the binary crate even if it's up to date.

Rust 1.41.0 introduces a new format for the file, explicitly designed to avoid those conflicts. This new format will be used for all new lockfiles, while existing lockfiles will still rely on the previous format. You can learn about the choices leading to the new format in the PR adding it.

Starting with Rust 1.41.0, we have declared that a Box<T>, where T: Sized is now ABI compatible with the C language's pointer (T*) types. So if you have an extern "C" Rust function, called from C, your Rust function can now use Box<T>, for some specific T, while using T* in C for the corresponding function. As an example, on the C side you may have:

...while on the Rust side, you would have:

Important: At least at present, you should avoid using Box<T> types for functions that are defined in C but invoked from Rust. In those cases, you should directly mirror the C types as closely as possible. Using types like Box<T> where the C definition is just using T* can lead to undefined behavior.

To read more, consult the documentation for Box<T>.

In Rust 1.41.0, we've made the following additions to the standard library:

Rust 1.41.0 is the last release with the current level of compiler support for 32-bit Apple targets, including the i686-apple-darwin target. Starting from Rust 1.42.0, these targets will be demoted to the lowest support tier.

You can learn more about this change in this blog post.

There are other changes in the Rust 1.41.0 release: check out what changed in Rust, Cargo, and Clippy. We also have started landing MIR optimizations, which should improve compile time: you can learn more about them in the "Inside Rust" blog post.

Many people came together to create Rust 1.41.0. We couldn't have done it without all of you. Thanks!