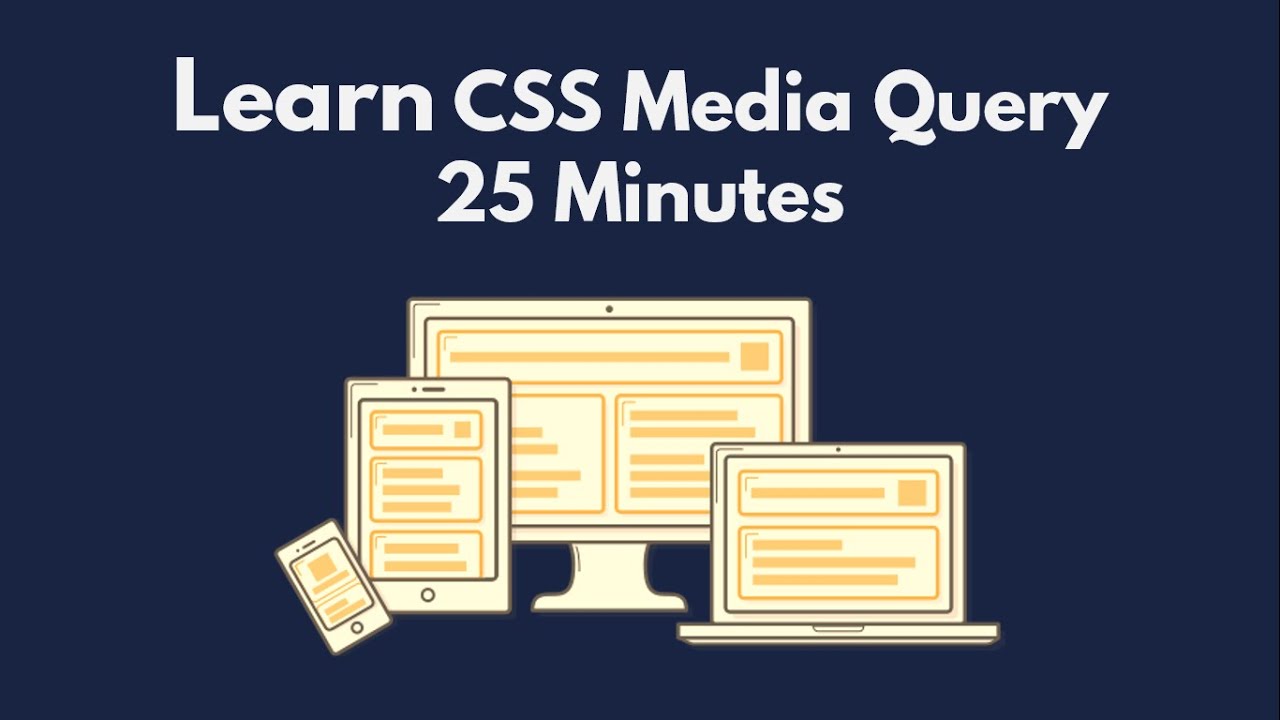 Today in this tutorial, we will learn about media query with examples. CSS Media queries is a feature of CSS3 allowing content rendering to adapt to differen...

Media Forms were implemented in CSS2.

The @media rule, which was implemented in CSS2, allowed different style rules to be specified for different media types.

Except for print media, these types of media have never received much support from smartphones. Media Queries were introduced in CSS3 for the first time.

Instead of searching for a particular device type, media queries in CSS3 look at the device's capabilities.

(Is your tablet or phone in landscape or portrait mode?) a decision

Using media queries to deliver a personalized style sheet to desktops, laptops, tablets, and mobile phones is a common practice (such as iPhone and Android phones).

Download Link: https://drive.google.com/file/d/1dUncjd284qk21DaXKFH8gC2lVeHa-6DH/view?usp=sharing Other PlayList: There is a complete playlist of JavaScript ...