Can we make a JavaScript program that saves the work done by the user?

Indeed you can! However, just like Reggev Amsalem mentioned, you do not want to save their work for every keystroke. Instead, you probably want to wait for x seconds before saving their works. Here is a quick snippet for it that will wait for x seconds before doing something, (I remember I copied it from somewhere else, but I cannot seem to find the origin/site again)

The *doneTyping function *will get called after the user finished typing for 5 seconds.

Inside the function, you can probably save the user’s work in localStorage or IndexedDB (as mentioned from others)*. *However, I would personally recommend *IndexedDB *because it is done *asynchronously *while the *localStorage *calls are *synchronous. *Depends on your situation and how small you set your *doneTypingInterval, *it could be very expensive (performance-wise) when you set it to less than 1 second and use localStorage to save their work (Calling *synchronous *calls every second might not be the best idea in the world). This is probably the easiest solution that I can think of that will allows user to save the work they done.

Keep in mind that localStorage and *IndexedDB *are not permanent storage. Any one could erase them easily. Your better bet is to call an API request along with user’s work to save it into the DB.

P.S. I recently did a progressive web app to-do list (still in progress) that will save user’s each to-do into IndexedDB before saving them into the database. Here is the code, poanchen/pwa-to-do-list in case you need some direction on how to use IndexedDB.

Can we make a JavaScript program that saves the work done by the user?

Object-oriented Programming in JavaScript: Made Super Simple. DO NOT MISS!!!

Object-oriented programming in JavaScript: learn all about objects, prototypes, prototypical inheritance, this and more.
TABLE OF CONTENT:

📺 The video in this post was made by Programming with Mosh
The origin of the article: https://www.youtube.com/watch?v=PFmuCDHHpwk&list=PLTjRvDozrdlxEIuOBZkMAK5uiqp8rHUax&index=3
🔥 If you’re a beginner. I believe the article below will be useful to you ☞ What You Should Know Before Investing in Cryptocurrency - For Beginner
⭐ ⭐ ⭐The project is of interest to the community. Join to Get free ‘GEEK coin’ (GEEKCASH coin)!
☞ **-----CLICK HERE-----**⭐ ⭐ ⭐
Thanks for visiting and watching! Please don’t forget to leave a like, comment and share! 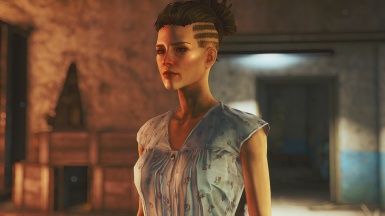 Java programming language is a high level, object-oriented, and cross platforms ( Java codes can run on many different operating system software such as Microsoft Windows, iOS, Linux, etc. ) programming language. It was invented by James Gosling at Sun Microsystem company in the year 1995. Java can be used to develop desktop software, cloud-based software, and mobile apps.

Picture source: Java vs JavaScript: Here’s What You Need To Know

“Java is to JavaScript as ham is to hamster.”

[ Baruch Sadogursky in an interview with JAX London ]

In this post, I will explain why declarative code is better than imperative code.

Then I will list some techniques to convert imperative JavaScript to a declarative one in common situations, defining key terms along the way.

Declarative code is one that highlights the intent of what it’s doing.

In other words, the exact implementations actually doing the work (aka the “how”) are hidden in order to convey what that work actually is (aka the “what”).

At the opposite, imperative code is one that favors the “how” over the “what”.

The snippet below perform two things: it computes the square of x, then check if the result is even or not.

Here, we can see that we finally get isEven after several steps that we must follow in order.

These steps describe “how” we arrive to know if the square of x is even, but that’s not obvious.

If you take a non-programmer and show him this, he might have a hard time deciphering it.

Now let’s see another snippet where I introduce a magic isSquareEven function that performs the two same things than the previous one.