A beginner’s guide to build a basic Slackbot

How to build a basic slackbot: a beginner’s guide

Let’s try and automate something [in python]

Before we get into the tutorial part of this post, let’s take a look at why this can be a worthy project and tool.

Slack is an increasingly popular tool for team-wide communication. It’s grown to include plugins for other widely used project management tools, like JIRA, Google Drive, and the likes. Any slack user knows — the more you can do from within the conversation, the better.

Common uses for a slackbot range from a simple notifier for when a task is complete (like a test build, or when your lunch is ready) to interactive, button-based bots that execute commands at the user’s will. You can build polling mechanisms, conversational bots, and more.

Setting up a python programming environment

If you’re a windows user and you haven’t used python before, you’ll need to install it. Linux/Mac users: Unix comes with python!

Once installed, fire up your terminal and type python or python3 (if you have multiple installations) to make sure it works and is there.

Also check to see you have a good text editor for code: sublime and atom are great choices.

Optional: It might also be useful to work in a virtual environment — it’s good practice for when you have a lot of dependencies.

You should also fork the tutorial GitHub repo and clone to your local machine, as we’ll be using that code as a framework for this tutorial.

To do this, go to the repo and click Fork on the top right. The forked repo should be yourusername/slackbot-tutorial. Hit the green Clone or download button on the right under the stats bar, and copy the url. Return to the terminal to clone the repository:

There are two ways to go about creating your slackbot: standalone bots, or Slack apps. Apps allow a wider range of functionality going forward, and is Slack’s recommended route for creating a bot user.

Go to https://api.slack.com/apps and hit Create New App on the top right. Give it a name and pick a workspace where you can create a channel to test your bot in. You can always reconfigure your bot for another workspace later, or even post it to the Slack App Directory. 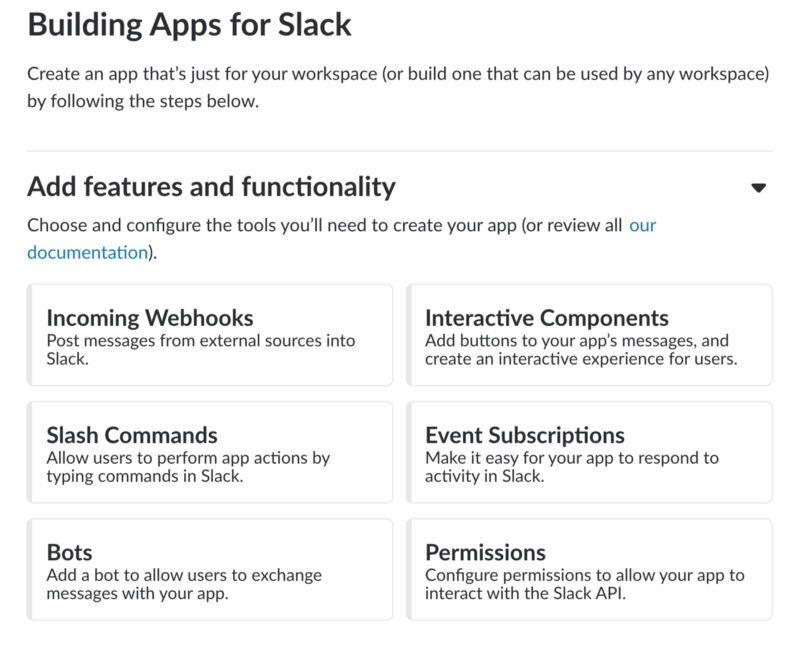 The first thing you’ll want to do is get the bot token. When you get to the above page, click Bots and create a bot user. The defaults are fine, although you can rename your bot if you wish. 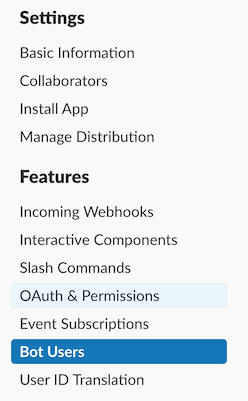 Now, to actually get your tokens, you’ll want to go to OAuth & Permissions on the left sidebar.

Here, you’ll be able to Install the App to the Workspace and generate the necessary tokens. As a rule of thumb, bot tokens start with xoxb-.

Acting as your Bot

Now you have the credentials necessary to make API calls and act as your bot. To test this out, fire up a terminal and run this (with the correct token and channel name):

If you go to that channel in your slack workspace, you should now see a message from your bot! You just made an HTTP POST request — asked a server to post a message somewhere.

We want to do the above programatically. There are a few different ways you can set up a slackbot. I’ll cover the following:

The second requires a server running, while the first does not.

Let’s say you want to periodically send a message somewhere — maybe every Monday morning. Go to the text editor where you opened up slackbot-tutorial.

You should see a file scheduled.py. Take a look: sendMessage is a function that fires off the API call to slack and posts a message. At the bottom, you’ll see the main method: what executes when you run the script. Here, you’ll see a few things to note:

To test this out, go back to the terminal where you’re in the slackbot-tutorial directory and run

You should see the log messages print. Let it run for a couple minutes and watch the messages show up on Slack! If you don’t have a test channel named #test, change that in the script.

This is, of course, a super basic implementation of a scheduled message sender — you can actually do this just with slackbot /remind #test “Hello, Slack!” every Monday at 9am.

The true power here is that you can substitute in any function for sendMessage, leveraging the power of interfacing with external services through APIs, doing math, etc and then constructing a message to post.

This one requires a little more setup — go back to your app settings > Slash Commands. Create a new slash command: for example, /test. For the request URL, you’ll need to either deploy this web server (I use Heroku), or run a local nginx instance to test it. The latter will run it locally. Get nginx set up here.

In the starter code repo, look for slashCommand.py to start understanding this method. To start the server, run python server.py. The Request URL to put in Slack will be given by your nginx instance and the @app.route in your code. You should be able to test the slash commands in your Slack workspace.

Now you have a very basic slackbot that either operates on a command or runs every so often. Be creative with how you use it! Think about what else you can link this skeleton to to make it more useful. 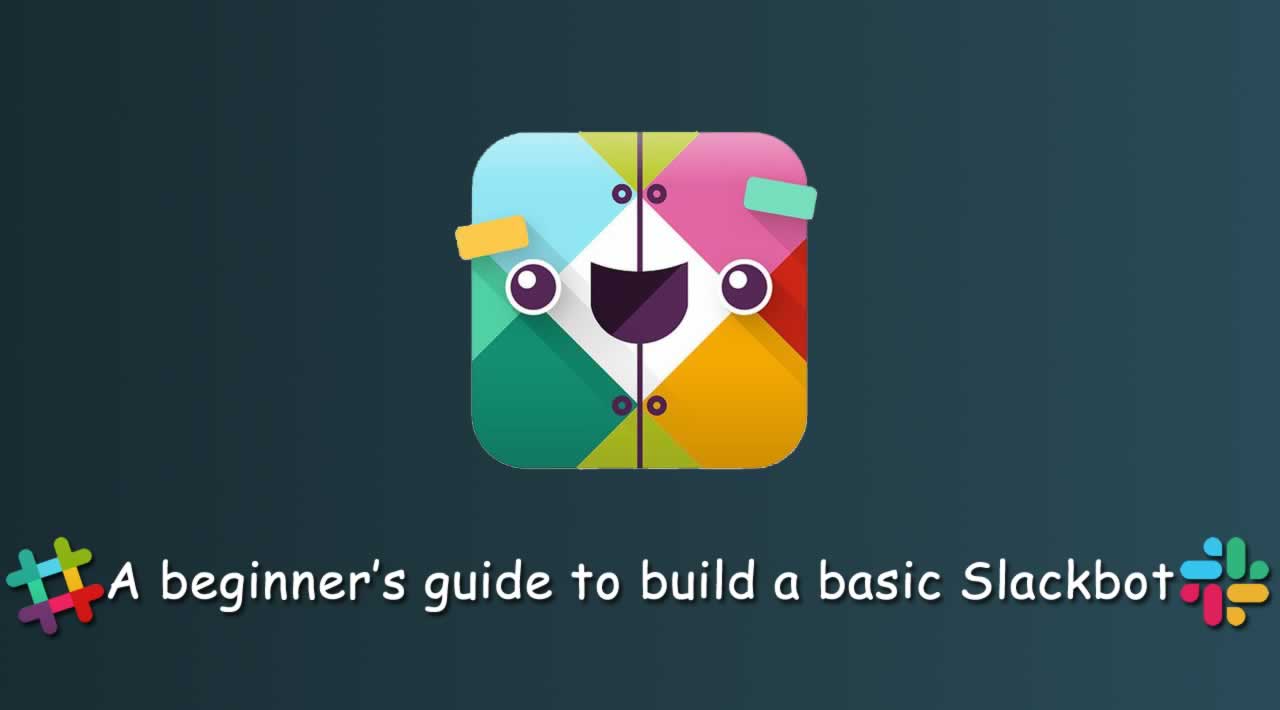 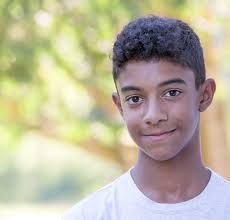 For this guide, I am assuming that you already have a basic knowledge of npm, node and whatExpress Requests and Responses are (or that you at least know what they are used for in their basic sense). Also, I assume that you know what the npm install and mkdir commands do. You have to know basic Typescript to implement — or at least know basic JavaScript to read and understand — the code below. Finally, this is the base for the backend of a web application. You still need to create a frontend application using a framework like Angular or an HTML/CSS file to make requests and display responses.

Before you start, it’s important that you create a folder in your favorite place on your computer. This can be anywhere as long as you have a sense of how you are going to find it later when you come up with an awesome project to start developing.

ML, AI , Deep learning ? What is the difference?

ML is type of AI

AI is a discipline , Machine Learning is tool set to achieve AI. DL is type of ML when data is unstructured like image, speech , video etc.

Barrier to Entry Has Fallen

AI & ML was daunting and with high barrier to entry until cloud become more robust and natural AI platform. Entry barrier to AI & ML has fallen significantly due to 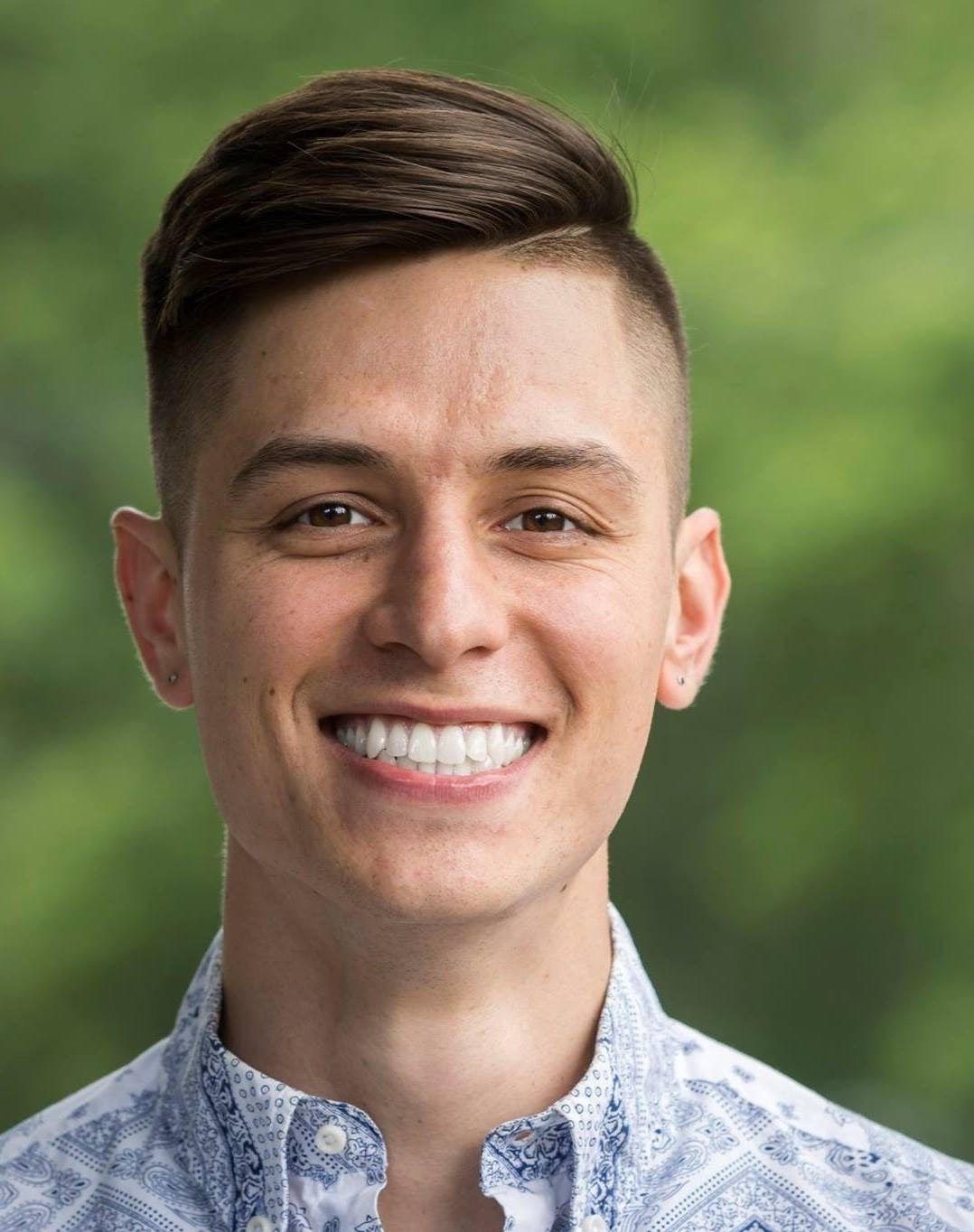 Streamlit is an open-source app framework** that **isthe easiest way for data scientists and machine learning engineers to create beautiful, performant apps in only a few hours!

By the end of this blog, you are going to be comfortable with using Streamlit to build a basic streamlit web-application. A useful tool several businesses implement for answering questions that potential customers may have is a chatbot. Many programming languages give web designers several ways on how to make a chatbot for their websites. They are capable of answering basic questions for visitors and offer innovation for businesses.

With the help of programming languages, it is possible to create a chatbot from the ground up to satisfy someone’s needs.

Plan Out the Chatbot’s Purpose

Before building a chatbot, it is ideal for web designers to determine how it will function on a website. Several chatbot duties center around fulfilling customers’ needs and questions or compiling and optimizing data via transactions.

Some benefits of implementing chatbots include:

Some programmers may choose to design a chatbox to function through predefined answers based on the questions customers may input or function by adapting and learning via human input.