The latest stats for the usage of different JavaScript libraries are the proof that the JavaScript is here to stay. the profusion of&nbsp;Best JavaScript frameworks in 2019&nbsp;plays a great role in the enhancement of JavaScript language.

The latest stats for the usage of different JavaScript libraries are the proof that the JavaScript is here to stay. the profusion of Best JavaScript frameworks in 2019 plays a great role in the enhancement of JavaScript language.

If I ask you to list of most popular JavaScript frameworks for mobile app, you will end up uttering the names like React, Angular and Vue. 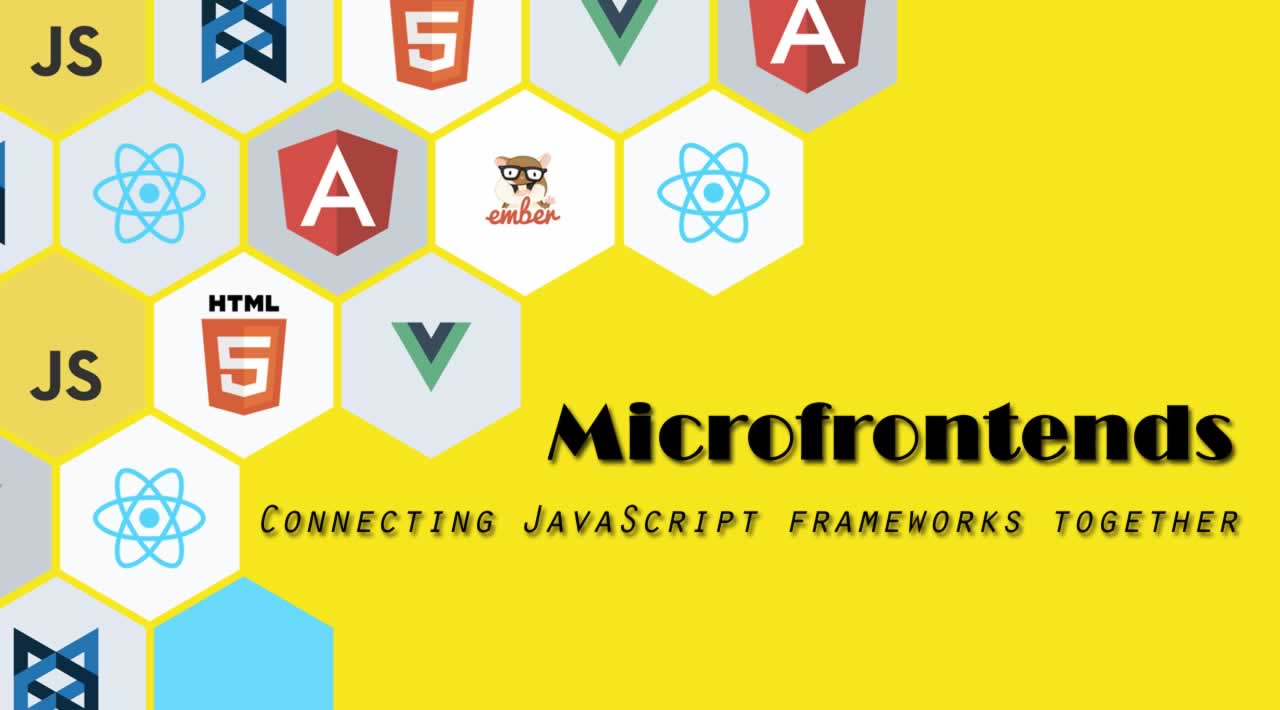 Like most things in life, a variety of choices informs a toxic culture of mine is better than yours and you’re wrong and I’m right.

Since technology advancements have got us in this mess, is there any chance it could get us out of it as well?

Modern UI development regardless of your framework has became all about component composition: You adapt to a framework’s way of doing things by following their patterns and conventions to create components usually underpinned by some sort of data model usually in the form of a service or state object.

For example: Angular has a strong opinion on how everything should be architected in the frontend. React although it only deals with components has a huge ecosystem backing it driven by a community of React-centric developers.

**Microfrontends **have gathered huge momentum recently as away of allowing multiple teams to work on a single UI using multiple frameworks, but could it really change the landscape of UI development?

In this article, I am going to spend some time looking at the SDLC (software development lifecycle) and the advantages of adopting such an architecture.

The current trend in UI development, is to build a feature-rich and powerful browser application (single page application) using a chosen framework.

Development results in building lots of little components which are then bundled together in some sort of build process using something like webpack or rollup.

Over time the UI layer often developed by separate or multiple teams, grows and gets more difficult to maintain creating a huge monolithic frontend.

Microfrontends looks at removing that monolithic build step, and results in completely decoupled services that can be independently built and deployed:

Now our UI architecture has all the qualities of traditional microservices:

How could this bring the big frameworks together?

Since we have decoupled our UI components into many microfrontends, we no longer have to dictate which framework each component uses.

The below illustration shows how we could potentially have different application teams using different technologies to create their independently built and released microfrontend:

There are **several ways **to solve this using technologies but let me illustrate one example:

Once we have released our microfrontends, we should compose them together in a single UI layer. The communication between the microfrontends should be handled by the composition layer which should have a well defined contract.

From a user perspective they access a single application, but the developer’s ability to solve a problem is no longer limited by what single framework the application uses.

☞ Build a Basic CRUD App with Vue.js and Node