Base project for creating webapps in react/go 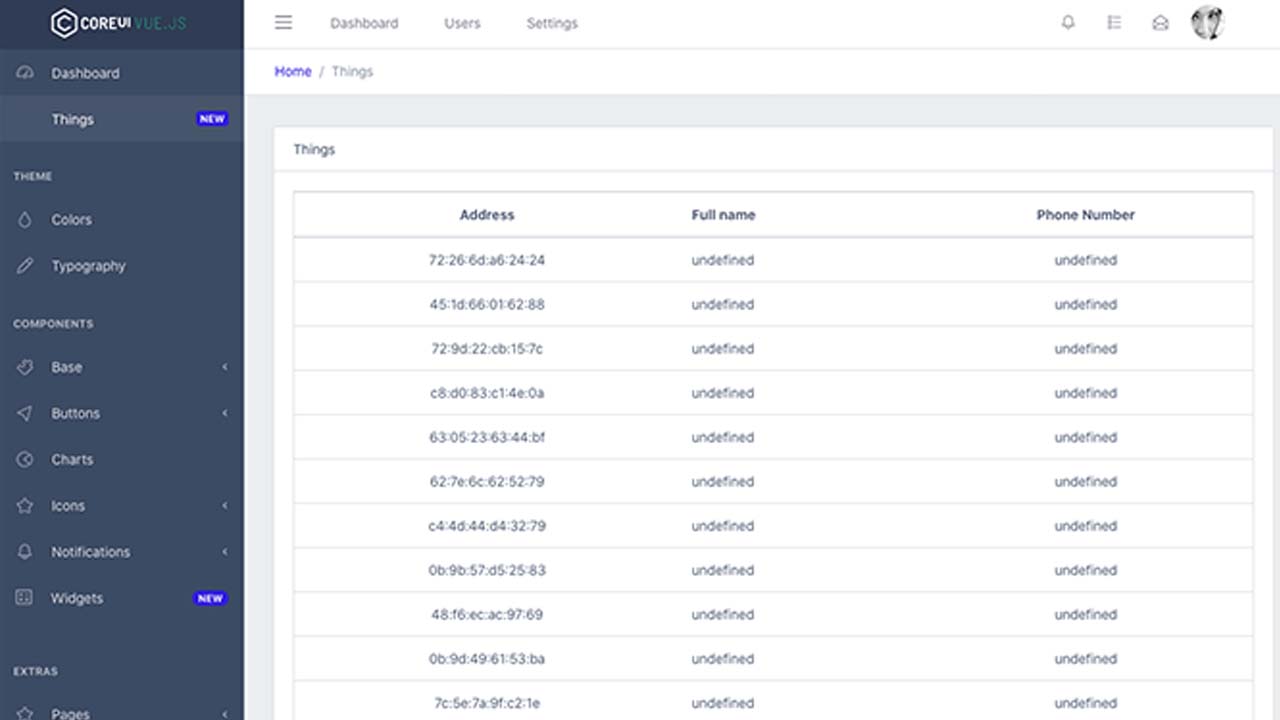 This is my base framework for doing quick webapp development - a vue-based webapp with the CoreUI admin template, and a golang-based backend supporting Rest API with a postgres database.

This is my base framework for doing quick webapp development - a vue-based webapp with the CoreUI admin template, and a golang-based backend supporting Rest API with a postgres database.

It doesn't sound like a big deal, but when I have an idea I want to hack on, I don't want to waste time setting up a go project, getting it to build right in VSCode, adding node, remembering what modules I liked using from previous experiments. I want to write some business logic, add some data, put a front end on it and play with the idea. And preferrably do all that in a relatively secure way.

When creating this project, the following ideas were put together for a dream list of To give a little insight into some of the choices that have been made here:

JavaScript is broken. I'm trying TypeScript on this project in hopes of improving appsec, after I was reminded of it by my Application Security Weekly co-host Mike Shema.

This isn't a free security upgrade - I'm still going through the pains of figuring out how to navigate typescript's errors when working with a language I was never super strong with (javascript/emcascript/whatever the kids call it this week). But from all I've seen it'll be worth it.

The first attempts with this project used React. I put the work aside for a few months while work/etc kept me busy. Along that path I remember a few times looking at blog posts about Vue being better for new projects and thinking "yeah...I should probably do that instead" so when I picked this back up in 2020 I nuked the React (Don't think it was ever checked in) and moved to Vue. There's probably still more react devs out there, but Vue's clean, has decent Typescript support, and I think will fit my needs nicely.

For me, context switching between back-end/front-end is super expensive. So I looked around for not just a bootstrap template that would look good, but an existing framework for Vue. After looking at a few, I really liked CoreUI. It works well with Vue (doesn't feel like it was shoehorned in), is Bootstrap based so TONS of documentation and developer knowledge, has a great set of components ready to go for the things I want (Tables, charts, widgets).

If you use this, I strongly suggest you pay for a license. Support is really great - I had a typescript issue on a Friday afternoon US time, and they were responding from Poland - saving me from having to wait through the weekend.

If you look at older versions of this README, you'll see discussion of Apollo vs Relay for GraphQL support. That just wasn't as nice/easy/clean as I wanted, and at the end of the day if I want to bring more developers into a project, REST is a no-brainer. KISS.

Almost forgot to mention as it worked so easily, but it's an important part of the architecture. Actually, MQTT was the original intention for Layered Insight 5ish years ago, but due to a misunderstanding AMQP and rabbitmq was used instead. It was coded by the time I noticed, and as a startup it wasn't worth fixing. Anyways, yeah. I like using queues.

This will get a laugh from compatriots at my last gig where I fought like crazy to not have Layered Insight ported from Mongo to Cassandra. I still believe that was the right decision there, but moving forward, over the last decade Postgres has picked up features and performance. Mysql is great for some quick hacking, but Postgres seems to have an edge in production environments.

I never got really really good at developing complex Mongo queries. I've used SQL since...1997 or so. Seems silly to fight that.

I still would require a hole in my head to choose to use Cassandra. :)

To get started, the following items are needed for local R&D (osx reminders in parenthesis):

I fully expect to forget how to use this between uses, so some reminders for myself, or starting thoughts for others:

Right now this is intended to be used for stand-alone usage, so GOPATH should be set to under the server directory in this project:

When I've done heavier lifts, like bringing in CoreUI, there's a good amount of commentary in the git commit messages. I strongly recommend reviewing these to see what was done and why.