Getting Started with Methods in Java 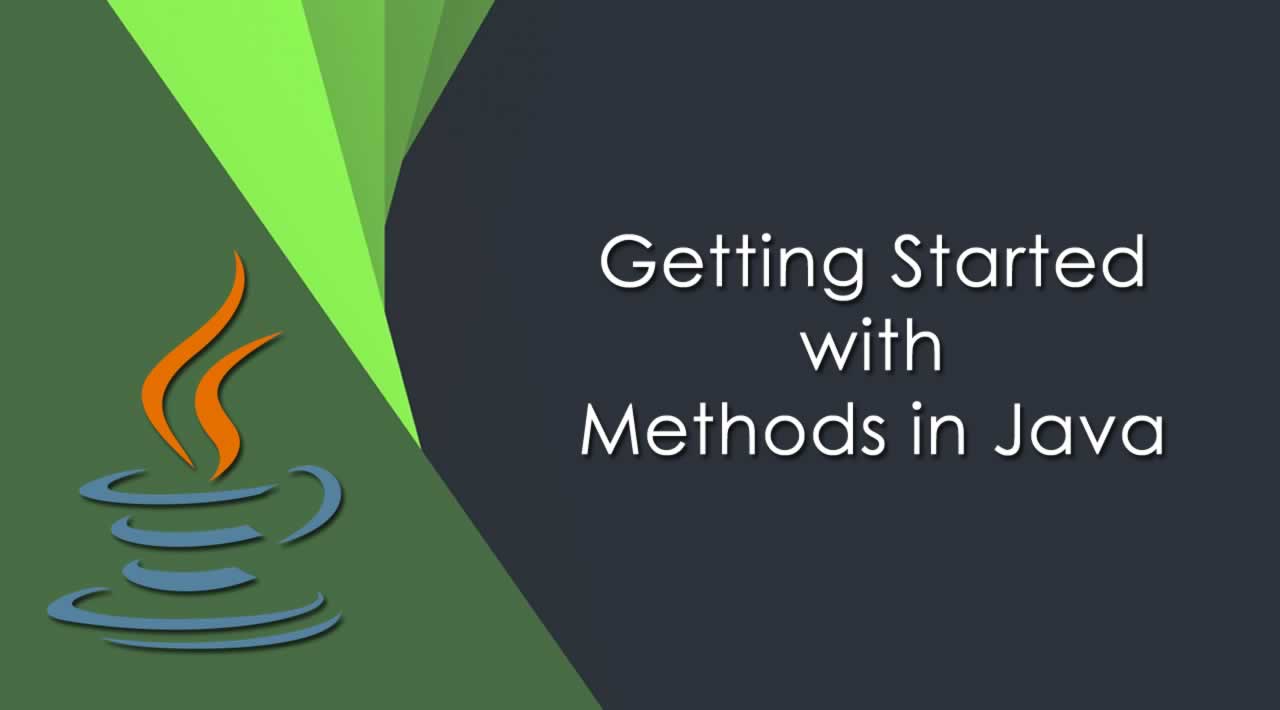 In this tutorial, we'll go through the syntax of Java methods, the definition of the method signature, and how to call and overload methods.

In Java, methods are where we define the business logic of an application. They define the interactions among the data enclosed in an object.

In this tutorial, we'll go through the syntax of Java methods, the definition of the method signature, and how to call and overload methods.

Let's take a closer look at each of these six parts of a Java method.

The access modifier allows us to specify which objects can have access to the method. There are four possible access modifiers: public, protected, private, and default (also called package-private).

Regarding performance, a static method will be loaded into memory just once – during class loading – and are thus more memory-efficient.

Methods can return data to the code where they have been called from. A method can return a primitive value or an object reference, or it can return nothing if we use the void keyword as the return type.

Let's see an example of a _void _method:

On the other hand, a void method doesn't return any value and, thus, does not have a return statement.

The method identifier is the name we assign to a method specification. It is a good practice to use an informative and descriptive name. It's worth mentioning that a method identifier can have at most 65536 characters (a long name though).

We can specify input values for a method in its parameter list, which is enclosed in parentheses. A method can have anywhere from 0 to 255 parameters that are delimited by commas. A parameter can be an object, a primitive or an enumeration.

We can specify which exceptions are thrown by a method by using the throws clause. In the case of a checked exception, either we must enclose the code in a try-catch clause or we must provide a throws clause in the method signature.

So, let's take a look at a more complex variant of our previous method, which throws a checked exception:

As per its definition, a method signature is comprised of only two components — the method's name and parameter list.

So, let's write a simple method:

The signature of this method is getName(String firstName, String lastName).

Now, let's explore how to call a method in Java. Following the previous example, let's suppose that those methods are enclosed in a Java class called PersonName:

Since our getName method is an instance method and not a static method, in order to call the method getName, we need to create an instance of the class PersonName:

As we can see, we use the created object to call the getName method.

Finally, let's take a look at how to call a static method. In the case of a static method, we don't need a class instance to make the call. Instead, we invoke the method with its name prefixed by the class name.

Let's demonstrate using a variant of the previous example:

In this case, the method call is:

Java allows us to have two or more methods with the same identifier but different parameter list — different method signatures. In this case, we say that the method is overloaded. Let's go with an example:

Method overloading is useful for cases like the one in the example, where we can have a method implementing a simplified version of the same functionality.

Finally, a good design habit is to ensure that overloaded methods behave in a similar manner. Otherwise, the code will be confusing if a method with the same identifier behaves in a different way.

In this tutorial, we've explored the parts of Java syntax involved when specifying a method in Java.

In particular, we went through the access modifier, the return type, the method identifier, the parameter list, exception list, and method body. Then we saw the definition of method signature, how to call a method, and how to overload a method.

As usual, the code seen here is available over on GitHub.