How to On Screen Signature Capture with React 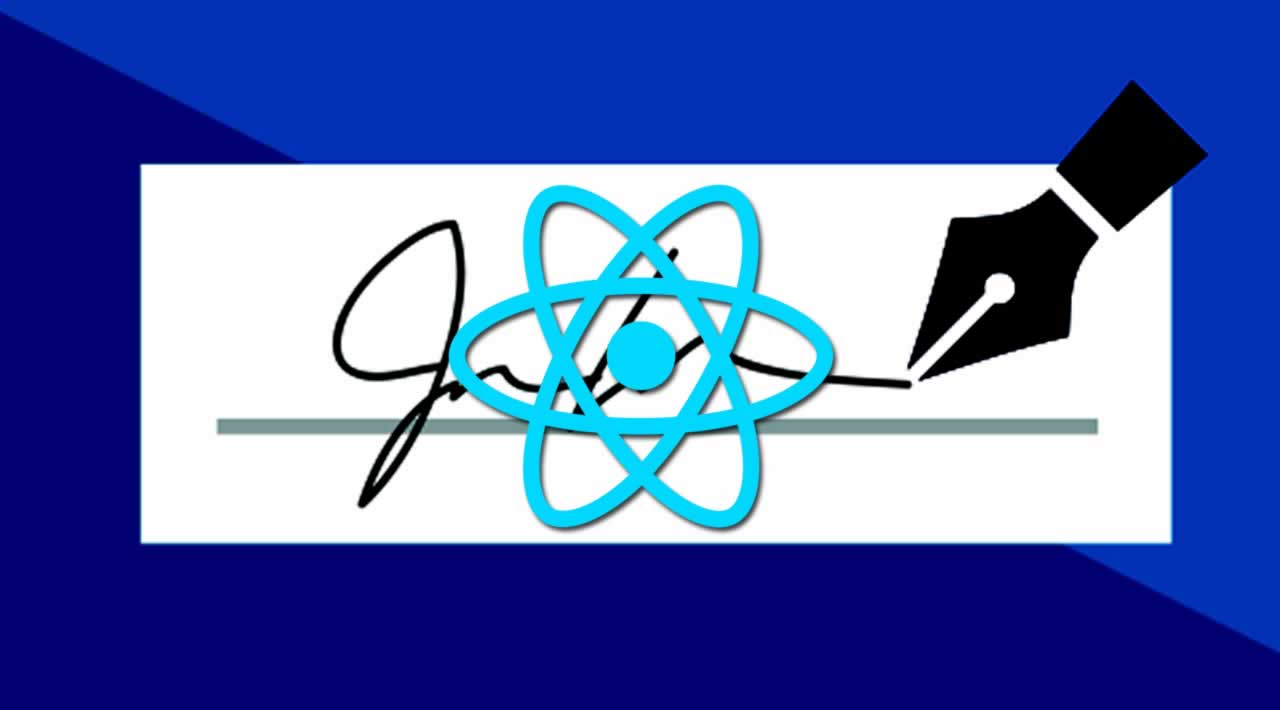 For this requirement, different possibilities are there to implement such a thing and one of those is an HTML canvas where we can draw the free-hand drawing. Similarly, in React, there is a package named react-canvas-draw, which indirectly uses the canvas for drawing surface.

This package contains the different props and functions so that we can implement the feature very quickly. This is not compulsory to use this package but it will help you to implement such things without much complexity.

There are different operations supported as given below.

In order to work with this project, we need to create a new project using create-react-app, and if you don't have already installed the package, then execute the below npm command.

After the installation of the above package, now we can create our new React app using the below command.

Then, we need to install the react-canvas-draw npm package by using the below command.

Our next step is to create the new file named Demo.js and replace the following lines of code.

In this file, i have imported the package react-canvas-draw, and used that inside the render() method. Keep in mind that this package indirectly implements the HTML canvas to draw anything. We can also clear those drawing objects or undo the previos drawing objects.

Now, open the index.js file and use your Demo.js file in order to render the actual signature component.

The index component is our root component, from where we are going to render our separate component. Now, let's run our app and see how it looks like. For that,  use the command npm start.

As you can see, I am able to draw the signature canvas using a mouse and at the same time, we can also remove our signature or any other drawing object.

This kind of functionality can be pretty easy to implement using HTML canvas where we can draw different objects. Also, we are able to draw different shapes, text, curves, and many more objects.

The most common thing between all of them is that they are Single Page Apps. The SPA is a single page where much of the information remains the same and only some piece of data gets modified when you click on other categories/option.