Today, we will study the N-Grams approach and will see how the N-Grams approach can be used to create a simple automatic text filler or suggestion engine.
Automatic text filler is a very useful application and is widely used by Google and different smartphones where a user enters some text and the remaining text is automatically populated or suggested by the application.

Problems with TF-IDF and Bag of Words Approach

Before we go and actually implement the N-Grams model, let us first discuss the drawback of the bag of words and TF-IDF approaches.

Wikipedia defines an N-Gram as “A contiguous sequence of N items from a given sample of text or speech”. Here an item can be a character, a word or a sentence and N can be any integer. When N is 2, we call the sequence a bigram. Similarly, a sequence of 3 items is called a trigram, and so on.

Connection of N-Grams with Markov Chains

A Markov chain is a sequence of states. Consider a Markov system with 2 states, X and Y. In a Markov chain, you can either stay at one state or move to the other state. In our example, our states have the following behavior:

This way a Markov sequence can be generated, such as XXYX, etc.

The character bigrams for the above sentence will be: fo, oo, ot, tb, ba, al, ll, l, i, is and so on. You can see that bigrams are basically a sequence of two consecutively occurring characters.

Similarly, the trigrams are a sequence of three contiguous characters, as shown below:

Here in this case with bigrams, we get a different vector representation for both of the sentences.

In the following section, we will implement the N-Grams model from scratch in Python and will see how we can create an automatic text filler using N-Grams like these.

N-Grams from Scratch in Python

We will create two types of N-Grams models in this section: a character N-Grams model and a words N-Gram model.

In this section, I will explain how to create a simple characters N-Gram model. In the next section, we will see how to implement the word N-Gram model.

We will be using the Beautifulsoup4 library to parse the data from Wikipedia. Furthermore, Python’s regex library, re, will be used for some preprocessing tasks on the text.

Next, we remove everything from our dataset except letters, periods, and spaces:

We have preprocessed our dataset and now is the time to create an N-Grams model. We will be creating a character trigram model. Execute the following script:

If you open the dictionary ngrams in the Spyder variable explorer. You should see something like this: 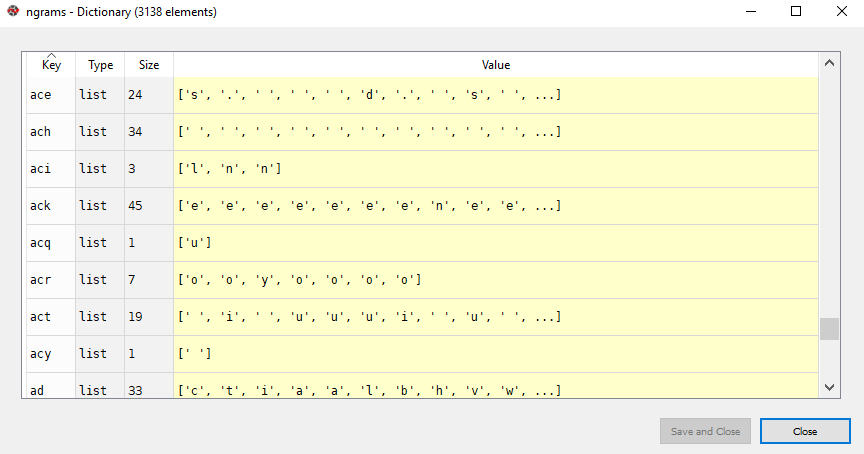 You can see trigrams as keys, and the corresponding characters, which occur after the trigrams in the text, as values. You might see keys with two characters in the dictionary but they are actually not two characters. The third character is actually a space.

In the script above we first store the first trigram i.e. ten into the curr_sequence variable. We will generate a text of two hundred characters, therefore we initialize a loop that iterates for 200 times. During each iteration, we check if the curr_sequence or the trigram is in the ngrams dictionary. If the trigram is not found in the ngrams dictionary, we simply break out of the loop.

Finally, the curr_sequence is updated with the next trigram from the text corpus. If you print the output variable that contains two hundred characters generated automatically, you should see something like this (It is important to mention that since the next character is randomly chosen, your output can be different):

The output doesn’t make much sense here in this case. If you increase the value of the chars variable to 4. You should see the results similar to the following outputs:

You can see that the results are a bit better than the one we got using 3-grams. Our text suggestion/filling will continue to improve as we increase the N-Gram number.

The dataset that we are going to use is the same as the one we used in the last section.

Let’s first create a dictionary that contains word trigrams as keys and the list of words that occur after the trigrams as values.

In the script above, we create a Words trigram model. The process is similar to the one followed to use character trigrams. However, in the above script, we first tokenize our corpus into words.

Finally, we append the list of words that follow the trigram in the whole corpus, as the value in the dictionary.

Now if you look at the ngrams dictionary, in the variable explorer, it will look like this:

In the script above, we initialize the curr_sequence variable with the first trigram in the corpus. The first trigram is “tennis is a”. We will generate 50 words using the first trigram as the input. To do so, we execute a for loop that executes for 50 times. During each iteration, it is first checked if the word trigram exists in the ngrams dictionary. If not, the loop breaks. Otherwise the list of the words that are likely to follow the trigram are retrieved from the ngrams dictionary by passing trigram as the value. From the list of possible words, one word is chosen randomly and is appended at the end of the out. Finally, the curr_sequence variable is updated with the value of the next trigram in the dictionary.

If you set the value of words variable to 4 (use 4-grams) to generate text, your output will look even more robust as shown below:

You can see the output makes even more sense with 4-grams. This is largely because our generator is mostly regenerating the same text from the Wikipedia article, but with some slight improvements to the generator, and a larger corpus, our generator could easily generate new and unique sentences as well.

N-Grams model is one of the most widely used sentence-to-vector models since it captures the context between N-words in a sentence. In this article, you saw the theory behind N-Grams model. You also saw how to implement characters N-Grams and Words N-Grams model. Finally, you studied how to create automatic text filler using both the approaches. 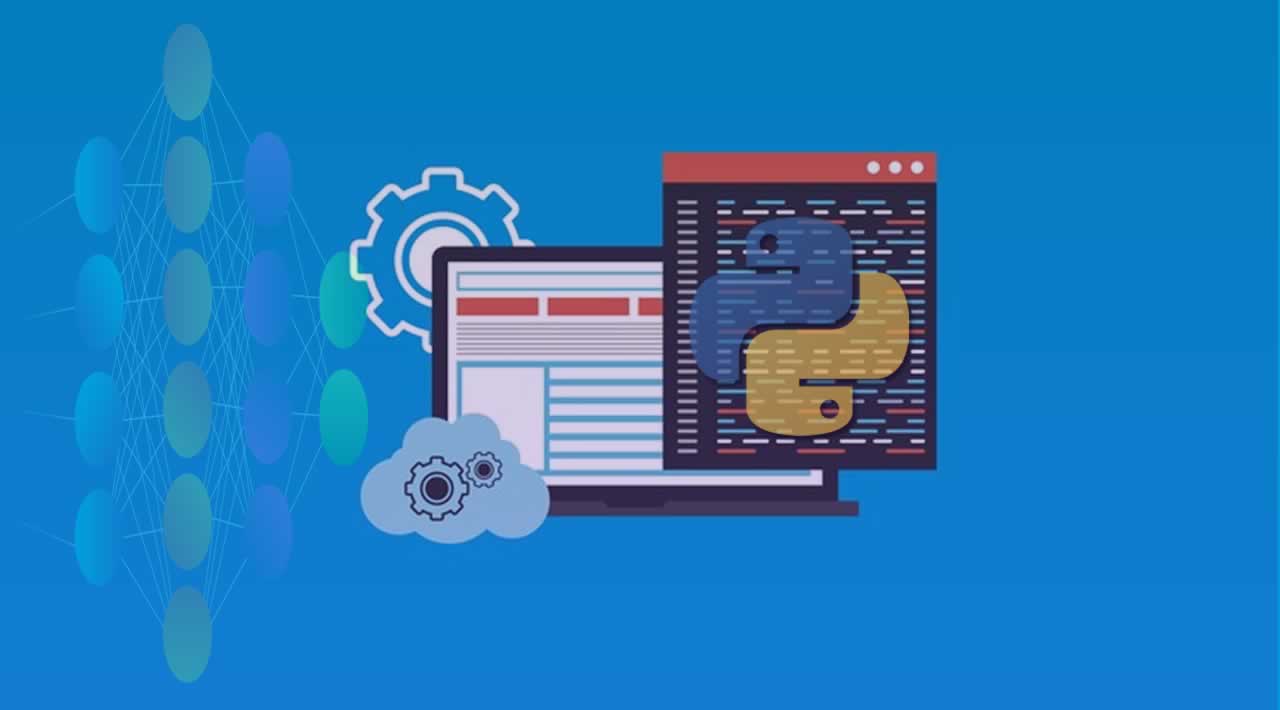