Which is JavaScript Frameworks for Front-End Development in 2020 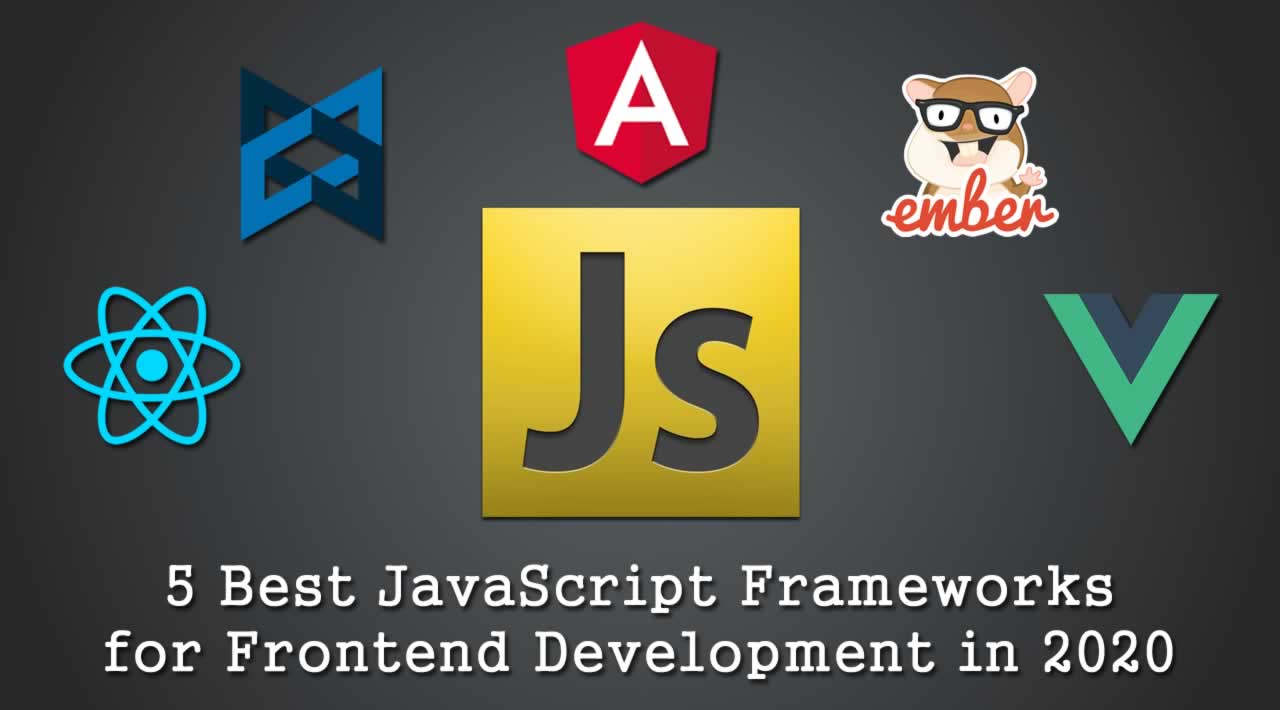 React vs Vue vs Angular vs Ember vs Backbone.js: Which is best JavaScript framework For Front-End Development in 2020?

So, what are front-end developers looking for in their tech stacks? As a full-time developer, I know it comes down to rapid development and easy-to-make UIs.

Rather than try to be decisive, we, 450+ developers at ValueCoders software development company voted and shortlisted a few of the best JavaScript frameworks.

And, Our Vote Goes to React

I was not surprised to see this.Most of our developers voted for React as one of the best JavaScript frameworks. There have been plenty of projects along the way that our front-end developers are handling that highlighted the strengths of the JS framework. React provides a combination of the following:

Our developers implement front-end logic by relying heavily on React. At the same time, I was surprised by how simple it was to create applications with React.

The application is simple. It’s a studio management app for music teachers that helps them focus more on their teaching and less on the management of their music studio.

The key challenge was creating one ‘Activity Dashboard’ for teachers where they could manage all their students' activities and track their progress over time. We overcame this challenge by using Redux libraries to build the platform. We built a teacher’s studio from where they could manage their students' progress, showcase new music lessons, chat with them, compare students music playing with live music, and provide them feedback. 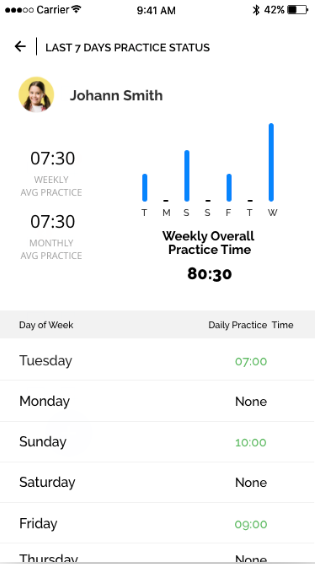 So, this is my experience with React JS. But many would argue that Vue is one of the best front-end JavaScript frameworks with many useful tools.

Front-end developers are the ones deciding which JavaScript framework will do the job. In doing so, they face a lot of challenges because they need to decide what they’ve always needed. Often, we have to choose JavaScript frameworks now, not after a week of research. In that case, most developers go with what they know. But maybe the stacks you’re familiar with are no longer cutting it in terms of performance.

Even just choosing among Angular, React, & Vue, it is difficult for new developers. Rather than making it more exhaustive for you, here is the list of top JavaScript frameworks for front-end developers.

The five JavaScript frameworks that currently dominate the market in terms of popularity and usage are:

They each have large communities. If you are a front-end developer or are going to start your new project on front-end technologies, these five are your best bets. Here’s a look at the npm trends over the last six months.

React is a definite leader in the JS world. This JavaScript framework uses a reactive approach and also introduces many of its own concepts for frontend web development.

To use React , you’ll have to learn to use a plethora of additional tools to reach high flexibility in front-end development. For example, here's a less exhaustive list of libraries you can use with React: Redux, MobX, Fluxy, Fluxible, or RefluxJS. React can also be used with jQuery AJAX, fetch API, Superagent, and Axios.

React is constantly working towards improving concurrent mode. To take this forward, React Conf 2019 wrapped up last month where the React team talked about improving Concurrent Mode and the Suspense model. Both the features make React apps more responsive by rendering trees without blocking threads. This allows React to focus on high priority tasks like responding to user input.

React also introduced Suspense to improve the developer’s experience when handling asynchronous data fetching on React apps. In short, the new update to Suspense lets the component wait until the condition is met.

The React team is also working on Hooks which was one of the most awaited features of React. As per the latest updates, React hooks will be designed in a way that it supports all the important features: server-side rendering, accessibility, concurrent mode, and suspense.

React applications are divided into multiple components that contain both business logic and HTML markup functions. To improve the communication between components, developers can use either Flux or a similar JavaScript library.

Introduction to the React ecosystem:

No doubt, React is one of the most popular JavaScript frameworks. And, I think that React can be your first choice for creating advanced-grade apps.

Angular 9 will mark a turning point revealed by the Angular team at the recent AngularConnect 2019. According to the update, the team is planning to make the Angular Ivy compiler available for all apps. The main benefit of Angular Ivy is that it is able to reduce the size of applications.

Angular today has become very advanced and modular to use for front-end development. Previously you could insert a link to the AngularJS library in the main HTML file, but now you can do the same by installing separate modules.

Angular's flexibility is commendable. That’s why Angular's 1.x versions are still in demand. However, many current developers rely on Angular 2+ because of its MVC architecture that has substantially changed to a component based architecture.

Angular has a couple of additional challenges. You're almost obliged to use TypeScript to ensure type safety in Angular apps. TypeScript makes the Angular 2+ framework not so pleasant to work with.

Angular’s ecosystem is comprised of:

Angular2 is a complete JavaScript framework with all the tools a modern front-end developer needs. You can choose Angular if you don’t like to work with additional libraries as with React.

The Snyk JavaScript framework report for 2019 is out. The report mainly focused on security risks in both React and Angular.

The concept of Vue has been taken from Angular and React, but Vue is better in many ways. I’ll talk about its features, but first check out what the Synk report says about Vue's front-end security. Vue has been downloaded 40 million times this year and records only four direct vulnerabilities. All of them have been fixed.

With Vue you store component logic and layouts along with stylesheets in one file. This the same way React works, without stylesheets. To let components talk to each other, Vue uses the props and state objects. This approach also existed in React before Vue adopted it.

Similar to Angular, Vue wants you to mix HTML layouts with JavaScript. You have to use Vue directives such as v-bind or v-if to interpolate values from the component logic to templates.

One of the reasons why Vue is worth considering instead of React is because of the Redux library that’s often used in large-scale React applications. As explained in the React section, when a React+Redux app grows bigger, you’ll spend a lot of time applying small changes to multiple files instead of actually working on features. The Vuex library – a Flux-like state management tool designed for Vue – seems less unwieldy than Redux.

If you're choosing between Vue and Angular, the reasons to opt for Vue over Angular can be reduced to the following: Angular is an over-complicated, full-fledged framework with a restrictive nature; Vue is much simpler and less restrictive than Angular.

Another advantage of Vue over Angular and React is that you don’t have to learn JavaScript once more.

An introduction to the VueJS ecosystem:

Vue is excellent in terms of its workflow to other frameworks. I might opt for Vue because it’s less complicated than React and Angular JS and a great choice for developing enterprise-level apps.

Ember 3.13 released this year with some new updates and features. Ember is just like Backbone and AngularJS, and is also one of the oldest JavaScript frameworks. But with the new update, Ember 3.13 is compatible with new bug fixes, performance improvements, and deprecation. Tracked property updates have also been introduced that allow simpler ways of tracking state change in the ergonomic system of Ember apps.

One of Ember’s best features is its command line interface tool. The Ember CLI helps front-end developers be highly productive and lets them complete projects on time. You can not only create new projects with ready setups, but you can also create controllers, components, and project files using automatic generation.

The EmberJS ecosystem is comprised of:

Although Ember is underrated, it's perfect for creating complex client-side apps.

Backbone is a JavaScript framework based on the MVC architecture. Backbone’s View part carries out the responsibilities of the Controller. The View helps implement component logic similarly to a Controller in MVC. Backbone view can use engines like Mustache and Underscore.js.

Backbone is an easy to use JavaScript framework that allows for quick development of single page applications. To use Backbone.js to the fullest extent, you’ll have to choose tools: Chaplin, Marionette, Thorax, Handlebars or Mustache, and so on.

If you need to design an app that has different type of users, Backbone collections (arrays) can be used here to separate the models. Backbone.Events, can be used with Backbone models, collections, routes, and views.

All front-end developers out there, if you need help with JavaScript frameworks, feel free to get in touch. Or, you can also contact us to hire ReactJS developers, Vue developers or Angular developers.

Remember this article gives you a general roadmap on JavaScript frameworks. Tell me if I have missed something, and we can discuss that. I hope it will also help achieve your front-end development goals.