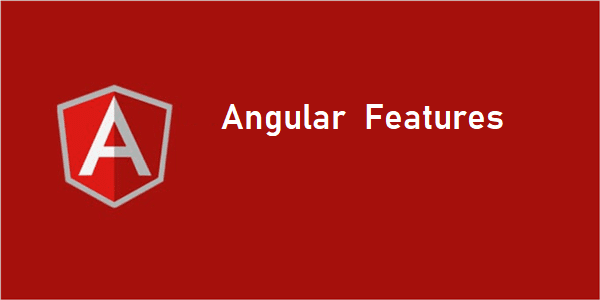 In the development process, Angular JS a structured open source-based framework is becoming popular. This dynamic framework was created by Google in 2009, with the motive to enhance front end development of web-based applications. In the last...

In the development process, Angular JS a structured open source-based framework is becoming popular. This dynamic framework was created by Google in 2009, with the motive to enhance front end development of web-based applications.

In the last few years, the growth rate of JS Angular has rapidly increased and become the foremost choice of most of the developers. Due to this, it turned into an essential skill that a developer and project manager should have.

Here, in this article, a leading Angular JS development company is going to provide you a complete guide of Angular JS along with it’s updated and latest features that everyone should know about it.

Now, let’s have a glance on Angular JS

AngularJS is used on the websites of Wolfram Alpha, NBC, Walgreens, Intel, Sprint, ABC News, and about 12,000 other sites out of 1 million tested in October 2016. AngularJS is currently in the top 100 of the most starred projects on GitHub.”

Offer SPA: With Angular JS, developers can easily build Single PAge Applications and in a shorter time without any high efforts, they can bring a responsive single page application for their clients.

Less Coding: The best part of the Angular JS framework is that it requires less coding for functionality. The framework excludes the coding part.

Enable to all Browsers: Angular JS app supports all browsers. It runs on all the smart devices which include Android Phones, tablets, iPhones, iPods, etc.

Rich Library: Developers don’t have to search more as this platform offers a high rich library. There is a huge enlarge material.

By introducing the Angular JS framework, the development process has turned easier than before along with this, it is considered as a powerful tool

These services are in high demand and people use to hire Angularjs developers on part-time, freelance and full-time basis as per their preferability.

AngularJS framework has a large scope and in the future also it is going to rule the market.

Rapidly, it’s latest versions such as AngularJS 1, AngularJS2, AngularJS 3, AngularJS 4, and AngularJS 5 have been launched in the market. Apart from this, it is confined with various features such as high performance, faster development process and it also focuses to improve mobile applications.

Conclusion The trending framework AngularJS can fulfill various business objectives. With this, it is easier and faster to develop mobile applications. It enables developers to collect data and showcase on the screen. It has various advantages. Along with this, it also integrates advanced techniques that are essential for the market and to compete with other apps.