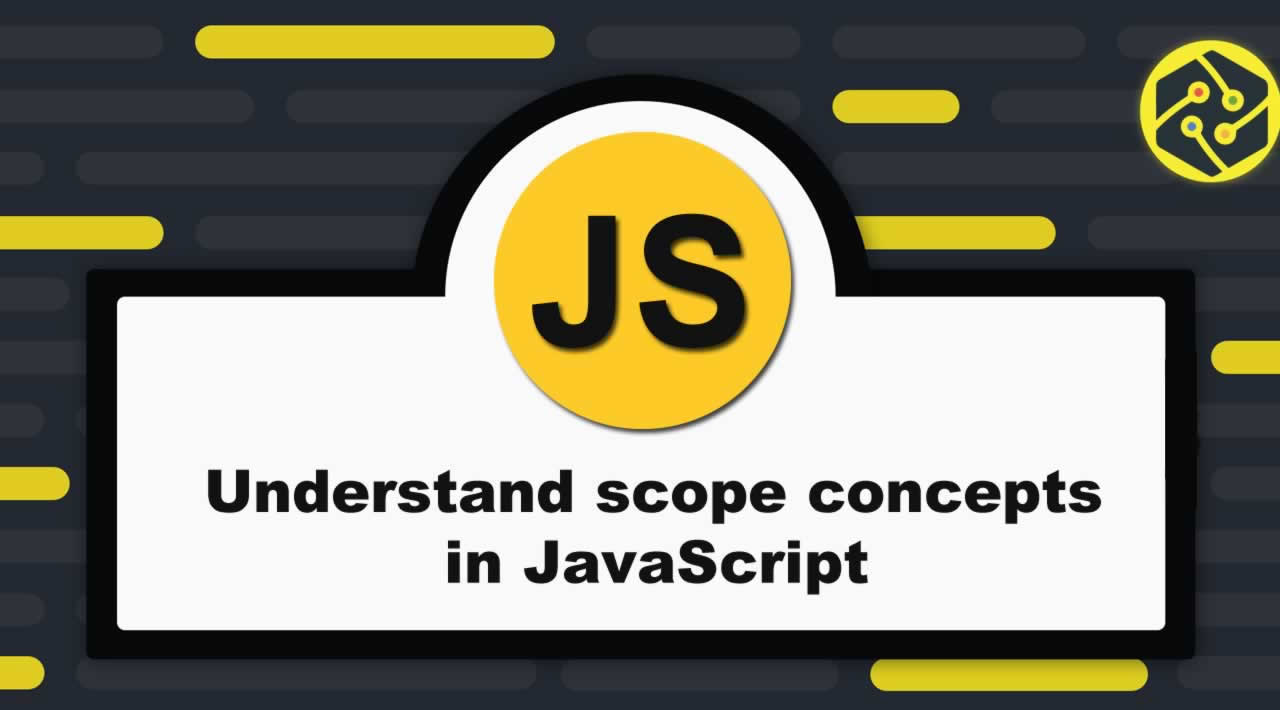 In this article, you’ll learn what the term ‘Scope’ means and how it is controlled in Javascript. Also, you’ll learn how to manage it all through your program so as to avoid unexpected results.

A company’s staffs all work together towards the company’s development. Every staff has departments where they work which could include the IT department, administrative department, financial department, customer service department and so on.

We could then say that,

If something gets missing in the company or a fault is discovered, it would be easy to determine the people at fault, don’t you think? If there is negative customer feedback against reception, no one would question the members of the financial department, right? This is one of the benefits of scoping.

Just as several languages maintain scopes for objects, they also have their methods of doing so. Javascript scopes are of two major types which are;

This scope which is the default defines all variables as universal such that every part of the program can access them. Let’s take an example;

Variable ‘name’ can be accessed anywhere in this file and can also be altered because it is available in the global space. We also have a function, assignName. After executing this program, ‘javascript’ is logged to the console. We note that this function was able to alter the variable because it is in the global scope.

This can be related to our scenario above. The global scope here refers to the general privileges which are given to everyone. Here, if the value of name changes after including so many functions in this program, it would be hard to tell which particular function altered it.

This brings us to Local Scope.

This scope is created with functions. They house variables thereby making it impossible for outside parts of the function to access them. For example, let’s say we have a function in our program above which has its own variables;

This scope is defined by curly braces – { and }. These braces can be found in functions, if statements, switch statements, loop statements and so on. Generally, these braces make up a block scope. The variables defined and declared here are only accessible within the scope.

The difference between global, local and block scope can be explained with the ‘var’, ‘let’ and ‘const’ keyword.

Before we continue with Block Scope, let’s get a better understanding of these keywords.

The var keyword has been with javascript for a while but let and const came in the launch of ES2015 (ES6) Javascript. Variables declared with var are usually hoisted. What this means is that regardless of the position that the variable is declared, it is lifted to the top of the scope. A practical example; Remember that when a variable is not declared, any reference to it would be a “Reference Error”,

What if the variable was declared with ‘var’ after the definition?

With ‘let’ and ‘const’, we can prevent hoisting of variables. The previous code implemented with let would be;

And there goes the Reference error. The difference between let and const is that variables declared with the former can be later changed but the latter variables must be constant. Any attempt to change them would result in an error.

Back to Block Scope.

As we have seen now, let and const are the only declaration keywords that can ensure block scope because var would hoist it’s variables to the top of the local or global scope.

When variables are referenced in a function, the JavaScript compiler searches for the variable from the function itself to the outer parts of the function until it gets to the global scope. If the variable isn’t found, then there’d be a reference worry error.

Using the same company scenario, a lexical scope can be likened to a case where the Financial Department has sub-departments. Those sub-departments would still have access to the privileges of the department itself.

These are the scopes available in the current version of Javascript. I hope with these, you have gotten a better understanding of scopes and how to work professionally with variables.