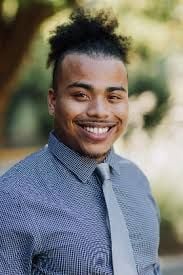 I’d just started Techstars in Kansas City, 2017. I was hyped up, stoked beyond belief to be part of this incredible network, drinking the Techstars Koolaid and loving every gulp.

We were listening to David Cohen talk to us about fundraising tactics over Blue Jeans video conferencing when he spoke the words that changed my life forever:

“… and then once you get a response, offer to send them a ‘forwardable email’…”

My ears perked up. “Forwardable email”? I’d never heard of this concept before, but it sounded intriguing. In the short 5 minutes that followed, he went on to describe a concept that I’ve spent the last 4 years perfecting.

Networking is the name of the game

As an entrepreneur, the success of your business lies in your ability to connect with the people who will help you make it happen. Yes, this is true for most people in business, particularly salespeople, but I believe it’s especially true for entrepreneurs since you’re trying to do so much more than just make a sale.

What is a forwardable email, and why is it useful?

Suppose you’ve already identified the person you need to talk to (Person B, we’ll call “The Target” from here) and after mining LinkedIn, you identify Person C (we’ll call them “The Connector” from here) as the one who you think probably has the strongest connection to The Target.

Odds are, The Connector is very busy, and you need to maximize the probability that they will make the introduction to The Target for you.

The forwardable email is an email you write specifically for the Target, but you send to The Connector for them to forward it to The Target on your behalf.

The general idea is, The Target is likely to ignore a direct email from you (if you even have their email address!), but because they have a relationship with The Connector, they would probably read/respond to an email from them.