Node.js vs Java: Choosing the Perfect Technology for Backend Development 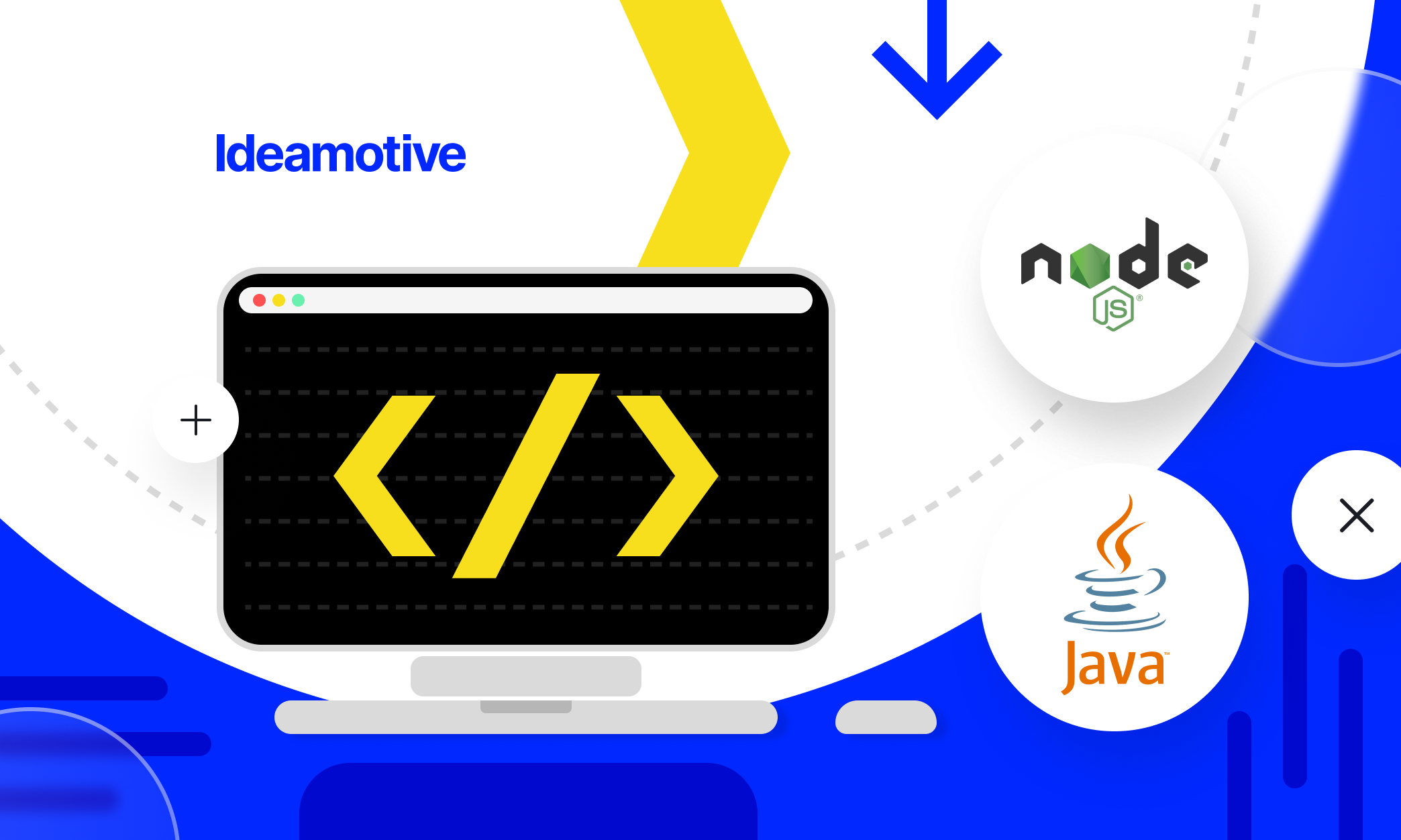 Two innovative solutions aimed at the unification of traditional web development. One, by developing an environment that combines both frontend and backend, second, by introducing a programming language that can run effectively anywhere. Following our large series of articles aimed at comparing the most popular programming languages and frameworks (see:  Java vs Kotlin for Android, Ruby on Rails vs Node.js for web development), today we are looking into Node.js vs Java, and try our best to sort out the benefits and drawbacks for using each for your project.

Node.js was created in 2009 by Ryan Dahl by combining C, C++, and JavaScript. It is an open-source, backend, cross-platform JavaScript runtime environment, the main aim of which is to execute JavaScript code outside a browser. Node.js can interact with I/O devices through APIs and connect to external libraries written in other programming languages.  "JavaScript everywhere" is a Node.js paradigm, highlighting the unification of web application development around a single programming language for both server-side and client-side scripts.

Java is a general-purpose class-based object-oriented language, designed by James Gosling in 1995. It is a network-centered language with little implementation dependencies, which are reflected in a paradigm of its own - “Write once, run anywhere” (WORA). Flexibility and portability are at the heart of this language, allowing it to run on any operating system or machine. Back when the first version of Java was just released, it aimed for interactive television development, soon becoming one of the most popular programming languages worldwide.

To create a comprehensive comparison between the two of them and access in which use-cases one is better than another, we will define key features of Node.js and Java, including performance, stability, security, documentation, community, talent pool, easiness to learn, speed and cost of development.

Node JS vs Java ! difference between Node JS and Java

Node JS vs Java is a prominent topic of discussion. It can cause a lot of confusion to newcomers and that’s why we have prepared this article. You’ll understand the difference between Node JS and Java after you’re done with this article. Surely you will have a completely different view after reading our article.