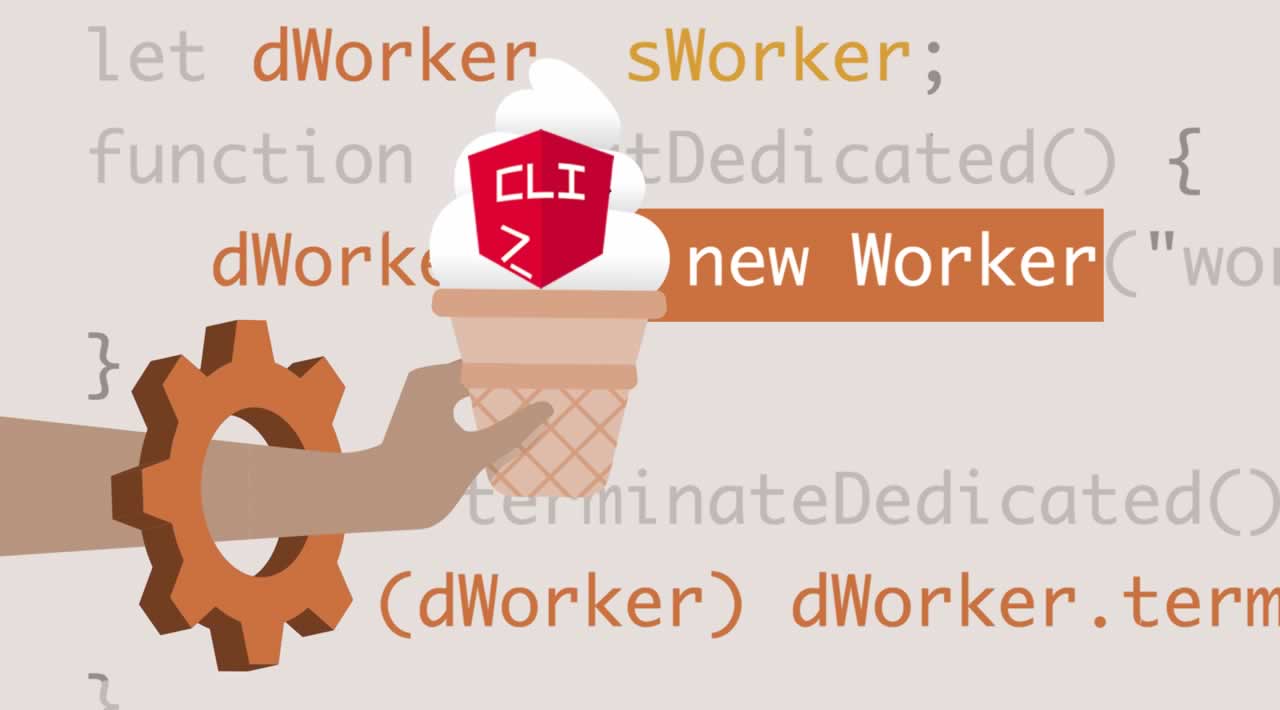 In this post, you'll learn how to use the Angular CLI to easily add Web Worker to your Angular apps

In this post, you'll learn how to use the Angular CLI to easily add Web Worker to your Angular apps

Web Workers allow you to run CPU intensive computations in a background thread, freeing the main thread to update the user interface.

If you find your application becomes unresponsive while processing data, using Web Workers can help.

Running this command will:

add scaffolded code to src/app/app.component.ts to use the worker:

After the initial scaffolding, you will need to refactor your code to use the Web Worker by sending messages to and from.

There are two important things to keep in mind when using Web Workers in Angular projects: