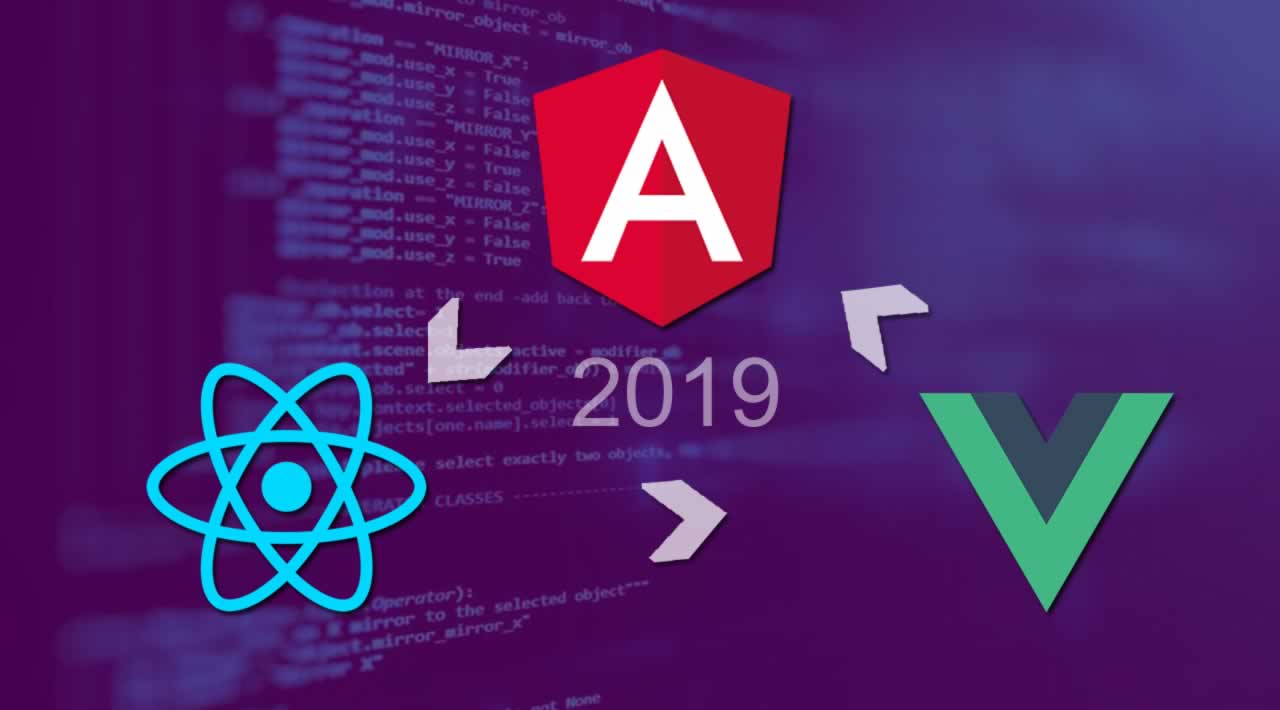 Many web developers are not sure whether they should use Angular, React or Vue.js framework for web development. By reading this article ... The best comparison of frontend frameworks Angular, React, Vue.js on the web.

Many web developers are not sure whether they should use Angular, React or Vue.js framework for web development. By reading this article ... The best comparison of frontend frameworks Angular, React, Vue.js on the web.

Some time ago we published an article with a comparison of Angular and React. In that article, we showed the pros and cons of these frameworks and suggested what to choose in 2018 for particular purposes. So, what is the situation in the frontend garden in 2019?

JavaScript frameworks are developing at an extremely fast pace, meaning that today we have frequently updated versions of Angular, React and another player on this market — Vue.js.

We analyzed the number of open positions worldwide that require a specific knowledge of a certain framework. As a source, we took Indeed.com and got the following distribution according to more than 60,000 job offers.

Taking into account the following data, we decided to share the main advantages and disadvantages of every frontend framework and help tech professionals or engineers to choose the best one for their development needs.

Pros and cons of Angular

Angular is a superheroic JavaScript MVVM framework, founded in 2009, which is awesome for building highly interactive web applications.

Pros and cons of React

React is a JavaScript library, open sourced by Facebook in 2013, which is great for building modern single-page applications of any size and scale.

Pros and cons of Vue.js

Vue.js is a JavaScript framework, launched in 2013, which perfectly fits for creating highly adaptable user interfaces and sophisticated Single-page applications.

For a real engineer, there is no substantial difference in which framework to choose, because it just takes some time to get used to the new one. In our company, we grow expertise in mostly React and Angular, but Vue.js is also on board. Every framework has its own pros and cons, meaning that there should be just the right choice for every single case during product development.

React vs Angular vs Vue.js by Example