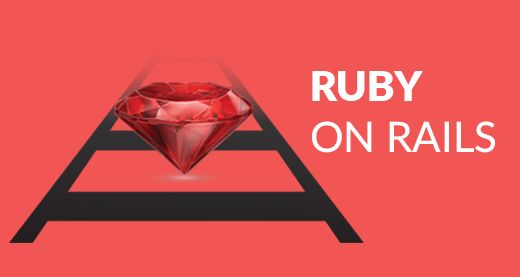 Lots of MVC discussions ignore the web server's role. It is therefore important to note how the controller is generated and transferred user information magically. The Web server is the invisible gateway that shuts data back and forth: users never interact directly with the controller.

Methods of class and instance can cause confusion. User (lowercase u) is an object, and instance methods such as user.save are called. User (capital U) is a class method (like User.find) – you don't need an object to call it. ActiveRecord suits the layout with both instance and class methods. Instead of directly passing search conditions to User.find, describe class methods like User.find latest as a tip (thin controllers are better).

User Attributes in ruby on rails Daily objects in Ruby can define such attributes as follows.

Here you have to deal with the following. Attr_accessor: name generates the methods (name= and name) for get and set on your layout. It is like providing a @name variable for the public say. Defines method name=(val) for changing how to save @name (such as validating input). Defines the name of the process to monitor how the variable is generated (such as formatting changes). Attributes in Rails can be confusing because of the magic of the database. Here you have to deal with the following.

ActiveRecord grabs the fields in the database and throws them into an array of attributes. It does getters and setters by default, but to save them, you need to call user.save.

If the default getter and setter are overridden, use this as follows. def length=(minutes) self[:length] = minutes * 60 end def length self[:length] / 60 end
ActiveRecord defines a method (wraps write attribute and read attribute) for accessing the raw attributes]). That's how you shift the raw data. You can't use length redefinition def length # this is bad length / 60 end

Then that's an endless loop. So it is for oneself. This was a mine's particularly frustrating Rails headache-use self[:field] when in doubt. ruby on rails certification helps you to learn along with real time projects.

Rails are free. You forget that you are using a database, so clean it. Well, don't. Save templates. When you're making a move save it. The crucial move is really easy to overlook. Update attributes(params) can also be used and key hash-> value pairs transferred.

After the changes reload your versions. Suppose there are a number of videos for a person. You are making a new file, pointing it to the appropriate user and calling user.videos to get a list. Will it work? Probably not. User.videos can have stale data if you've already queried for videos. To get a fresh query you must call user.reload. Be careful — the memory model acts like a cache which can get stale. Make New Models in ruby on rails

There are two ways of creating new objects: Unsaved Joe = User.new(:name = > "Sad Joe") # Save bob = User.create: (name = > "Happy Bob") # User.new makes a new entity, setting hashed attributes. New does not save to a database: you must explicitly call user.save. Save method will fail unless the model is correct. User.create creates a new model and saves the model to the database. Validation can fail; user.errors is a hash of the error fields and the detailed message. Note how the hash is going in. With the brace magic of Ruby,} {is not specifically required as User = User.new(:name => "kalid,":site => 'instacalc.com') Takes on User.new({:name = > "kalid," = > "instacalc.com")) The arrow (= >) means a hash is moved over. In reality, these associations define methods used to look up other class items. For example, for the proper status id, "user belongs to status" means user.status is querying the Status. "Status has many: users" also means status.users must check the user table with the same status id for all. Once we declare the relationship ActiveRecord manages the magic.

Use of Customized Associations in ruby on rails
Suppose you need two prime and secondary statuses, then use the following. Belongs to:primary status,:model => 'Status,':foreign key => 'Status id primary' Belongs to:secondary status,:model => 'Status,':foreign key =>' You define a new area and reference the model and foreign key to use for searches directly. For example, user.primary status returns an object Status with the "primary status id" I d. Really handsome. Rapid Controllers in ruby on rails This section is short, as controllers shouldn't do much in addition to bossing the model and viewing around. Usually they do:

Manage sessions, logins / authorization, filters, redirects, and errors. Have default methods (aggregated with ActionController). Visiting http:/localhost:3000 / user / show may attempt to call the "show" action if one is present, or to make show.rhtml automatically if the action is not set.

Pass instance variables such as @user are passed over to view. Local variables don't get passed (those without @). Tough to debug in ruby on rails Using render: text = > "Error found" and return to debug your page in print-style format. It is another good reason to bring code into models easily debuggable from the console. To transfer data between requests, use sessions: session[:variable] = "data." Using Opinions in ruby on rails

Views are easy to see. The Foundations: Controller actions use views with the same name (default method will show.rhtml loads) Variables (@foo) for controller instances are available in all views and partials (wow!) Using ERB to run code in a view in ruby on rails < Prozent ... Percent >: Run the code, but don't print. Used for if / then / else / end and loops with array.each. Use < percent if false percent > Hi there < percent end percent > to comment out sections of HTML. You get a free blank line, since after the closing percentage you actually have a newline >. < Prozent-... Percent >: run the file, and don't print the newline trailing. Use this when generating XML or JSON for readability when breaking up the.html code blocks, but don't want newlines in the output. < proportion = ... Percent >: Execute the code and print the return value, e.g.: <% = @foo percent >. Remember the @ sign for controller variables transferred to the screen, right?). Don't put an error if statements are inside the < percent =. < percentage = h ... Percent >: Print the code, and exit the output by html: > becomes >. H) (is a Ruby function, but it's called without a parent, as Rubyists are fit for it. When you start, it's a little confusing-run some experiments on a dummy view page.

Conclusion I hope you reach a conclusion about MVC in ruby on rails. You can learn more through Ruby on rails online training.

Click here, free ruby on rails course videos for you. It shows you best way to complete Ruby certification. OnlineITGuru guides you towards easy Web script

Synchronises Assets between Rails and S3. Contribute to AssetSync/asset_sync development by creating an account on GitHub.