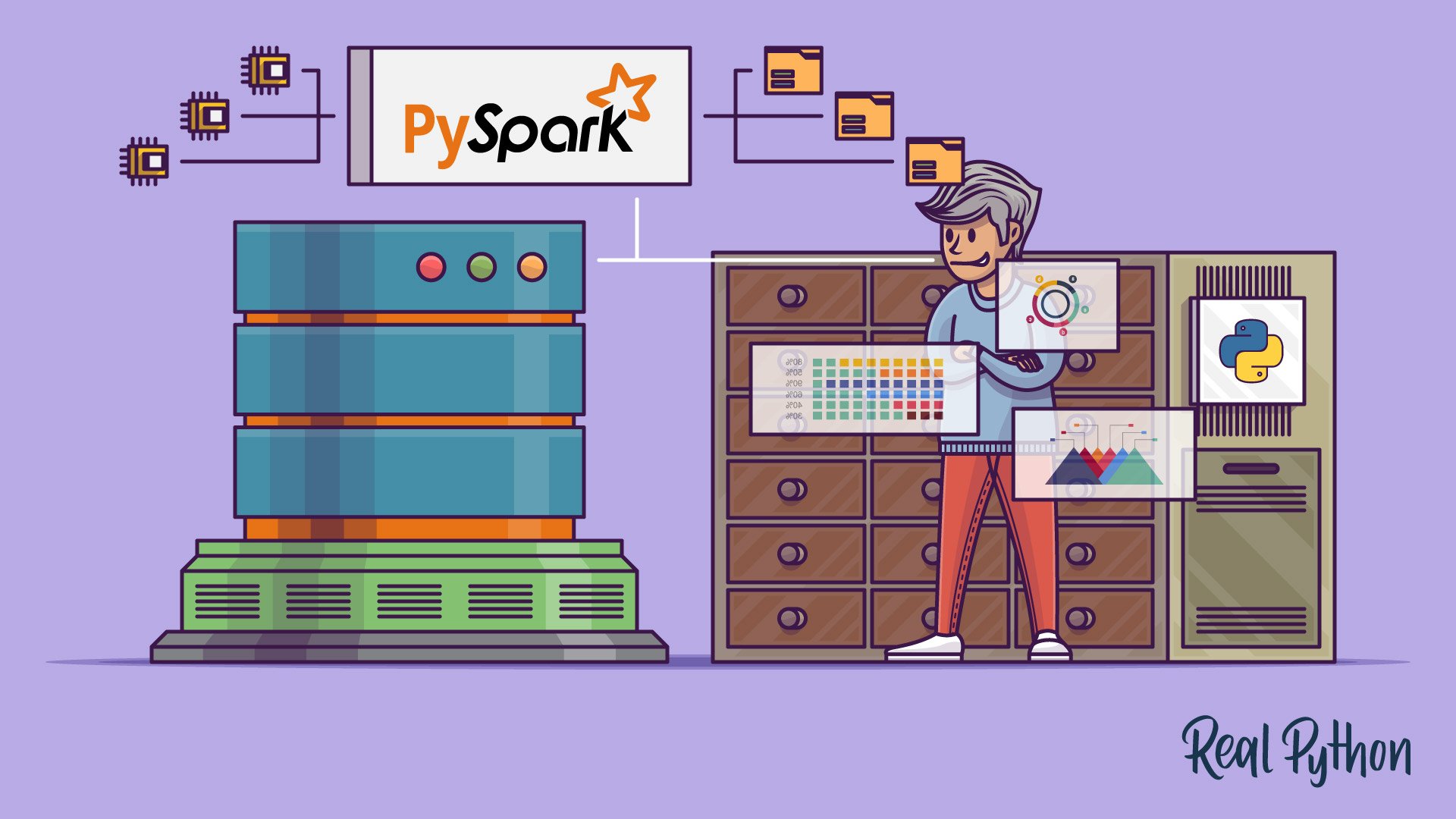 It’s becoming more common to face situations where the amount of data is simply too big to handle on a single machine. Luckily, technologies such as Apache Spark, Hadoop, and others have been developed to solve this exact problem. The power of those systems can be tapped into directly from Python using PySpark!

Efficiently handling datasets of gigabytes and more is well within the reach of any Python developer, whether you’re a data scientist, a web developer, or anything in between.

Functional programming is a common paradigm when you are dealing with Big Data. Writing in a functional manner makes for embarrassingly parallel code. This means it’s easier to take your code and have it run on several CPUs or even entirely different machines. You can work around the physical memory and CPU restrictions of a single workstation by running on multiple systems at once.

This is the power of the PySpark ecosystem, allowing you to take functional code and automatically distribute it across an entire cluster of computers.

Luckily for Python programmers, many of the core ideas of functional programming are available in Python’s standard library and built-ins. You can learn many of the concepts needed for Big Data processing without ever leaving the comfort of Python.

The core idea of functional programming is that data should be manipulated by functions without maintaining any external state. This means that your code avoids global variables and always returns new data instead of manipulating the data in-place.

Now that you know some of the terms and concepts, you can explore how those ideas manifest in the Python ecosystem.

The key parameter to sorted is called for each item in the iterable. This makes the sorting case-insensitive by changing all the strings to lowercase before the sorting takes place.

This is a common use-case for lambda functions, small anonymous functions that maintain no external state.

Other common functional programming functions exist in Python as well, such as filter(), map(), and reduce(). All these functions can make use of lambda functions or standard functions defined with def in a similar manner.

The built-in filter(), map(), and reduce() functions are all common in functional programming. You’ll soon see that these concepts can make up a significant portion of the functionality of a PySpark program.

It’s important to understand these functions in a core Python context. Then, you’ll be able to translate that knowledge into PySpark programs and the Spark API.

filter() filters items out of an iterable based on a condition, typically expressed as a lambda function:

filter() takes an iterable, calls the lambda function on each item, and returns the items where the lambda returned True.

Note: Calling list() is required because filter() is also an iterable. filter() only gives you the values as you loop over them. list() forces all the items into memory at once instead of having to use a loop.

You can imagine using filter() to replace a common for loop pattern like the following:

This code collects all the strings that have less than 8 characters. The code is more verbose than the filter() example, but it performs the same function with the same results.

Another less obvious benefit of filter() is that it returns an iterable. This means filter() doesn’t require that your computer have enough memory to hold all the items in the iterable at once. This is increasingly important with Big Data sets that can quickly grow to several gigabytes in size.

map() is similar to filter() in that it applies a function to each item in an iterable, but it always produces a 1-to-1 mapping of the original items. The new iterable that map() returns will always have the same number of elements as the original iterable, which was not the case with filter():

map() automatically calls the lambda function on all the items, effectively replacing a for loop like the following:

The for loop has the same result as the map() example, which collects all items in their upper-case form. However, as with the filter() example, map() returns an iterable, which again makes it possible to process large sets of data that are too big to fit entirely in memory.

Finally, the last of the functional trio in the Python standard library is reduce(). As with filter() and map(), reduce()applies a function to elements in an iterable.

Again, the function being applied can be a standard Python function created with the def keyword or a lambda function.

However, reduce() doesn’t return a new iterable. Instead, reduce() uses the function called to reduce the iterable to a single value:

This code combines all the items in the iterable, from left to right, into a single item. There is no call to list() here because reduce() already returns a single item.

lambda, map(), filter(), and reduce() are concepts that exist in many languages and can be used in regular Python programs. Soon, you’ll see these concepts extend to the PySpark API to process large amounts of data.

Sets are another common piece of functionality that exist in standard Python and is widely useful in Big Data processing. Sets are very similar to lists except they do not have any ordering and cannot contain duplicate values. You can think of a set as similar to the keys in a Python dict.