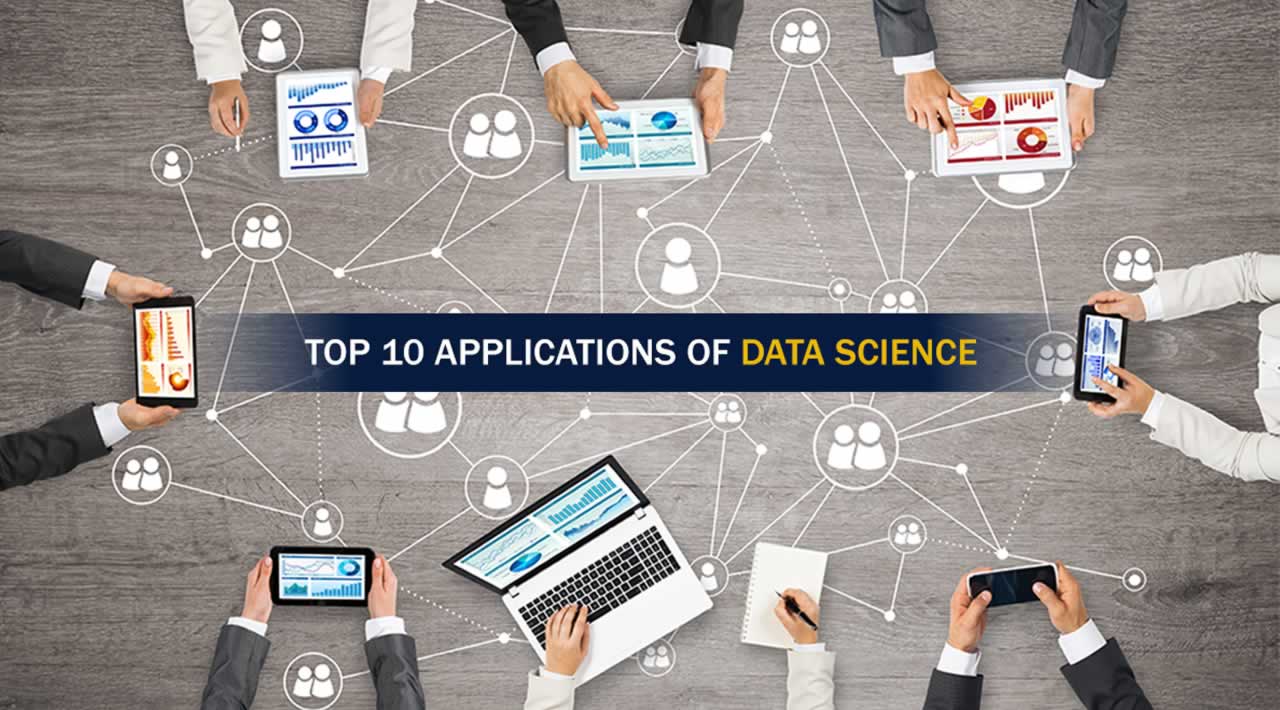 In this article, we bring to you, 10 applications that build upon the concepts of Data Science, exploring various domains

In this article, we bring to you, 10 applications that build upon the concepts of Data Science, exploring various domains

The role of Data Science Applications hasn’t evolved overnight. Thanks to faster computing and cheaper storage, we can now predict outcomes in minutes, what could take several human hours to process.

A Data Scientist gets home a whopping $124,000 a year and they owe it to the deficiency of skilled professionals in this field. This is the reason why* *Data Science Certifications* *are at an all-time high!

The earliest applications of data science were in Finance. Companies were fed up of bad debts and losses every year. However, they had a lot of data which use to get collected during the initial paperwork while sanctioning loans. They decided to bring in* data scientists* in order to rescue them out of losses.

Over the years, banking companies learned to divide and conquer data via customer profiling, past expenditures, and other essential variables to analyze the probabilities of risk and default. Moreover, it also helped them to push their banking products based on customer’s purchasing power. 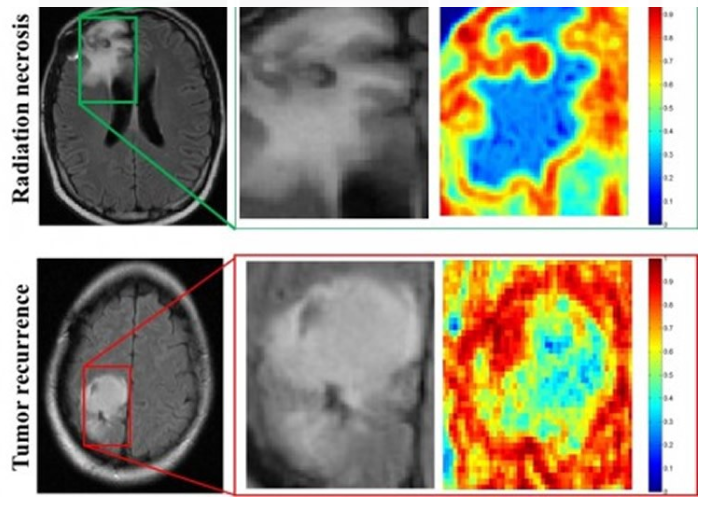 Data Science applications also enable an advanced level of treatment personalization through research in genetics and genomics. The goal is to understand the impact of the DNA on our health and find individual biological connections between genetics, diseases, and drug response. Data science techniques allow integration of different kinds of data with genomic data in the disease research, which provides a deeper understanding of genetic issues in reactions to particular drugs and diseases. As soon as we acquire reliable personal genome data, we will achieve a deeper understanding of the human DNA. The advanced genetic risk prediction will be a major step towards more individual care.

The drug discovery process is highly complicated and involves many disciplines. The greatest ideas are often bounded by billions of testing, huge financial and time expenditure. On average, it takes twelve years to make an official submission.

Data science applications and machine learning algorithms simplify and shorten this process, adding a perspective to each step from the initial screening of drug compounds to the prediction of the success rate based on the biological factors. Such algorithms can forecast how the compound will act in the body using advanced mathematical modeling and simulations instead of the “lab experiments”. The idea behind the computational drug discovery is to create computer model simulations as a biologically relevant network simplifying the prediction of future outcomes with high accuracy.

Optimization of the clinical process builds upon the concept that for many cases it is not actually necessary for patients to visit doctors in person. A mobile application can give a more effective solution by bringing the doctor to the patient instead.

The AI-powered mobile apps can provide basic healthcare support, usually as chatbots. You simply describe your symptoms, or ask questions, and then receive key information about your medical condition derived from a wide network linking symptoms to causes. Apps can remind you to take your medicine on time, and if necessary, assign an appointment with a doctor.

This approach promotes a healthy lifestyle by encouraging patients to make healthy decisions, saves their time waiting in line for an appointment, and allows doctors to focus on more critical cases.

The most popular applications nowadays are Your.MD and Ada.

Now, this is probably the first thing that strikes your mind when you think Data Science Applications.

When we speak of search, we think ‘Google’. Right? But there are many other search engines like Yahoo, Bing, Ask, AOL, and so on. All these search engines (including Google) make use of data science algorithms to deliver the best result for our searched query in a fraction of seconds. Considering the fact that, Google processes more than 20 petabytes of data every day.

Had there been no data science, Google wouldn’t have been the ‘Google’ we know today.

If you thought Search would have been the biggest of all data science applications, here is a challenger – the entire digital marketing spectrum. Starting from the display banners on various websites to the digital billboards at the airports – almost all of them are decided by using data science algorithms.

This is the reason why digital ads have been able to get a lot higher CTR (Call-Through Rate) than traditional advertisements. They can be targeted based on a user’s past behavior.

This is the reason why you might see ads of Data Science Training Programs while I see an ad of apparels in the same place at the same time.

Aren’t we all used to the suggestions about similar products on Amazon? They not only help you find relevant products from billions of products available with them but also adds a lot to the user experience.

A lot of companies have fervidly used this engine to promote their products in accordance with user’s interest and relevance of information. Internet giants like Amazon, Twitter, Google Play, Netflix, Linkedin, imdb and many more use this system to improve the user experience. The recommendations are made based on previous search results for a user.

You upload your image with friends on Facebook and you start getting suggestions to tag your friends. This automatic tag suggestion feature uses face recognition algorithm.

In their latest update, Facebook has outlined the additional progress they’ve made in this area, making specific note of their advances in image recognition accuracy and capacity.

“We’ve witnessed massive advances in image classification (what is in the image?) as well as object detection (where are the objects?), but this is just the beginning of understanding the most relevant visual content of any image or video. Recently we’ve been designing techniques that identify and segment each and every object in an image, a key capability that will enable entirely new applications.”

In addition, Google provides you with the option to search for images by uploading them. It uses image recognition and provides related search results. 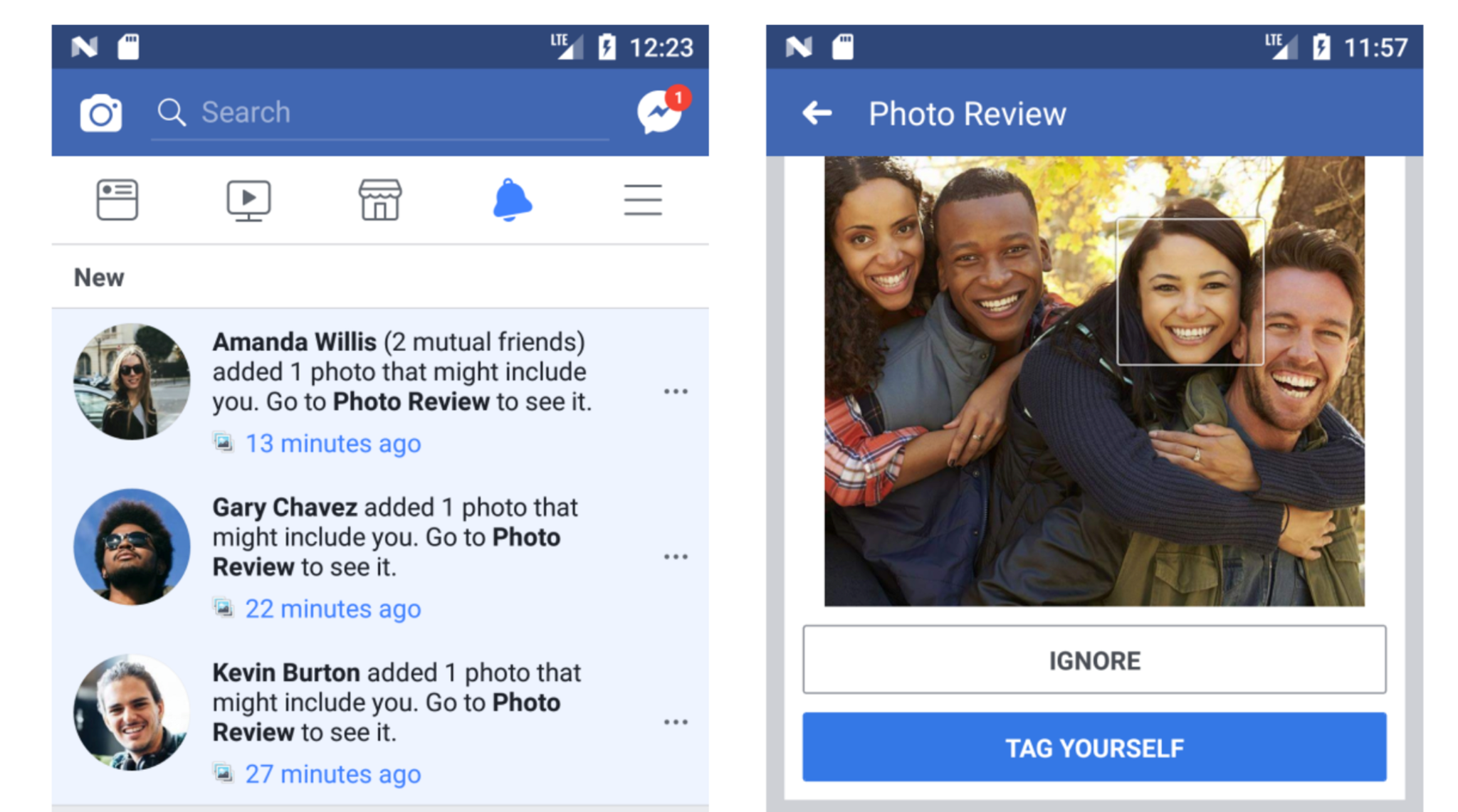 Some of the best examples of speech recognition products are Google Voice, Siri, Cortana etc. Using speech-recognition feature, even if you aren’t in a position to type a message, your life wouldn’t stop. Simply speak out the message and it will be converted to text. However, at times, you would realize, speech recognition doesn’t perform accurately.

Airline Industry across the world is known to bear heavy losses. Except for a few airline service providers, companies are struggling to maintain their occupancy ratio and operating profits. With high rise in air-fuel prices and need to offer heavy discounts to customers has further made the situation worse. It wasn’t for long when airlines companies started using data science to identify the strategic areas of improvements. Now using data science, the airline companies can: Predict flight delayDecide which class of airplanes to buyWhether to directly land at the destination or take a halt in between (For example, A flight can have a direct route from New Delhi to New York. Alternatively, it can also choose to halt in any country.)Effectively drive customer loyalty programs Southwest Airlines, Alaska Airlines are among the top companies who’ve embraced data science to bring changes in their way of working.

You can get a better insight into it by referring to this video by our team, which vividly speaks of all the various fields conquered by Data Science Applications.

Games are now designed using machine learning algorithms which improve/upgrade themselves as the player moves up to a higher level. In motion gaming also, your opponent (computer) analyzes your previous moves and accordingly shapes up its game. EA Sports, Zynga, Sony, Nintendo, Activision-Blizzard have led gaming experience to the next level using data science.

This is the final of the data science applications which seems most exciting in the future. Augmented reality.

Data Science and Virtual Reality do have a relationship, considering a VR headset contains computing knowledge, algorithms and data to provide you with the best viewing experience. A very small step towards this is the high trending game of Pokemon GO. The ability to walk around things and look at Pokemon on walls, streets, things that aren’t really there. The creators of this game used the data from Ingress, the last app from the same company, to choose the locations of the Pokemon and gyms.

However, Data Science makes more sense once VR economy becomes accessible in terms of pricing, and consumer use it often like other apps.

Though, not much has been revealed about them except the prototypes, and neither do we know when they would be available for a common man’s disposal. Let’s see, what amazing data science applications the future holds for us!

Data Science, Machine Learning, Deep Learning, and Artificial intelligence are really hot at this moment and offering a lucrative career to programmers with high pay and exciting work.