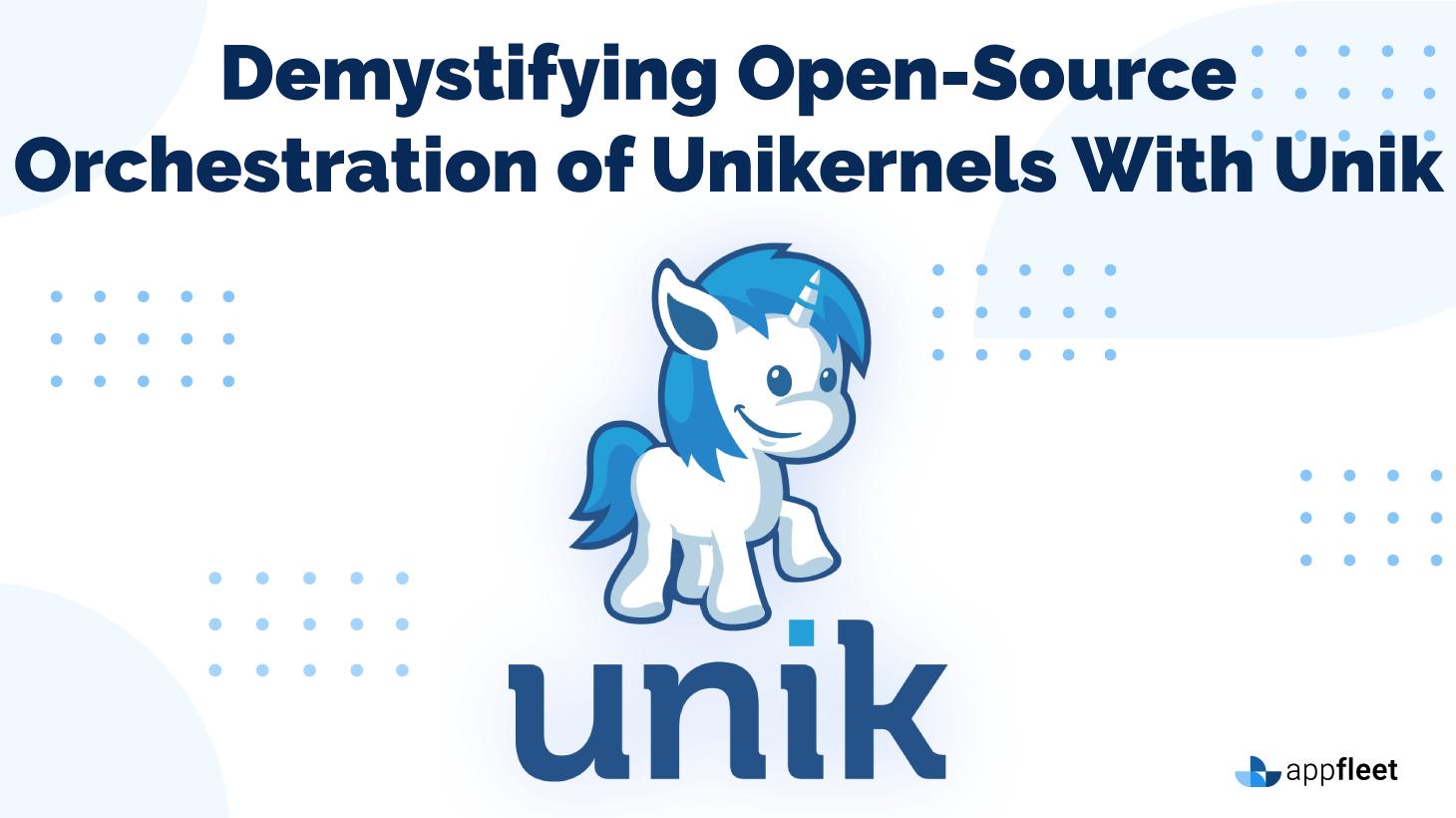 As the cloud-native ecosystem continues to evolve, many alternative solutions are popping-up, that challenges the status quo of application deployment methodologies. One of these solutions that is quickly gaining traction is Unikernels, which are executable images that can run natively on a hypervisor without the need for a separate operating system.

For cloud-native platforms to integrate unikernels into their ecosystem, they are required to provide unikernels with the same services they provide for containers. In this post, we are going to introduce UniK, an open-source orchestration system for unikernels.

The API Server handles requests from the CLI or any HTTP Client, then determines which is the appropriate provider and/or compiler to service the request.

Let's go ahead and try spinning up a unikernel ourselves.