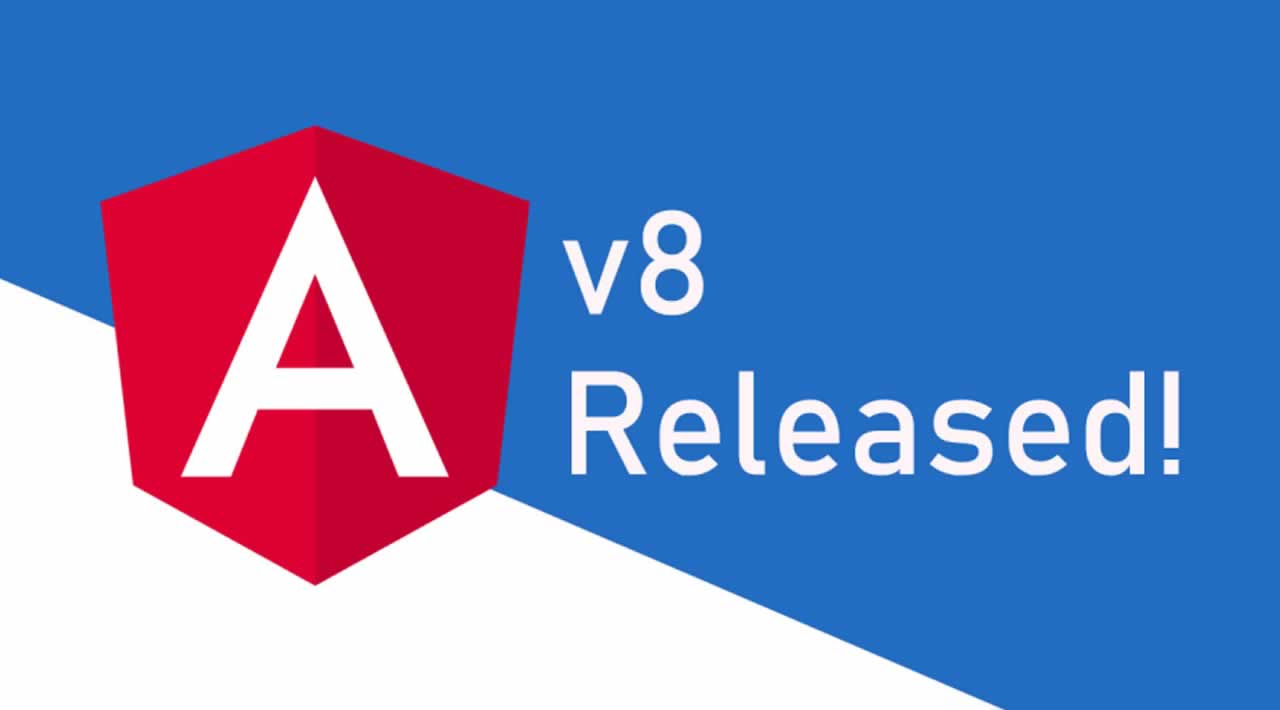 Angular's 8.0.0 release is here! This is a major release that brings some nice features.

Let's talk about some of the changes.

How to update to version 8

Visit update.angular.io for detailed information and guidance. For most developers, one command should take care of this update:

Differential loading is a process by which the browser chooses between modern or legacy JavaScript based on its own capabilities. We now take advantage of this by default by performing a modern build (es2015) and a legacy build (es5) of your application. When users load your application, they’ll automatically get the bundle they need.

When target is set to es2015, we generate and label two bundles.

At runtime, the browser uses attributes on the script tag to load the right bundle.

On angular.io we saved over 40kB of initial bundle size for modern browsers. From the community we’ve heard that applications generally save 7–20% of their bundle size, depending on the amount of modern JavaScript features they take advantage of.

The bundle size on angular.io shrunk by about 41Kb

We highly recommend you lazily load parts of your application using the router. This is accomplished by using the loadChildren key in your route configuration.

This syntax was custom to Angular and built into our toolchain. With version 8 we’re migrating to the industry standard dynamic imports.

This will improve the support from editors like VSCode and WebStorm who will now be able to understand and validate these imports for you.

If you use ng update, we’ll update your code automatically to use the new best practice.

Builder APIs in the CLI

Check out our blog post on these new APIs.

Or read the API documentation.

We’ve also been working with cloud providers to begin taking advantage of these APIs. Today you can try the latest version of AngularFire, which adds a deploy command, making build & deploy to Firebase easier than ever:

Once installed, this deployment command will both build and deploy your application in the way recommended by AngularFire.

Workspace APIs in the CLI

Previously developers using Schematics had to manually open and modify their angular.json to make changes to the workspace configuration. With 8.0, we’re introducing a new API to make it easier to read and modify this file.

Web workers are a great way to speed up your application if you do any sort of cpu-intensive processing. Web workers allow you to offload work to a background thread, such as image or video manipulation. We use web workers on angular.io for in-app search indexing.

You can now generate new web workers from the CLI. To add a worker to your project, you can run:

Once you have a web worker, you can use it normally in your application, and the CLI will be able to bundle and code split it correctly:

Read more about web workers in the Angular CLI.

We’ve also documented best practices around lazy loading parts of your AngularJS application from Angular, making it easier to migrate the most commonly used features first, and only loading AngularJS for a subset of your application.

We are committed to maintaining Semantic Versioning and a high degree of stability even across major versions. For our public API, we are committed to supporting features for N+2 releases. This means that a feature that is deprecated in 8.1 will keep working in the following two major releases (9 and 10). For example, we are deprecating platform-webworker in version 8.

We are making it easier to find deprecations and removals in Angular. For a comprehensive list of all deprecations, see the new Deprecation Guide.

Ivy (new rendering engine) is one of the most exciting things in the Angular pipeline. These are opt-in previews and more updates will come soon.

☞ Setting up your new Mac for MEAN Stack development

☞ How to manage Authentication in the MEAN stack