Why to use Nuxt.js for your next web application? 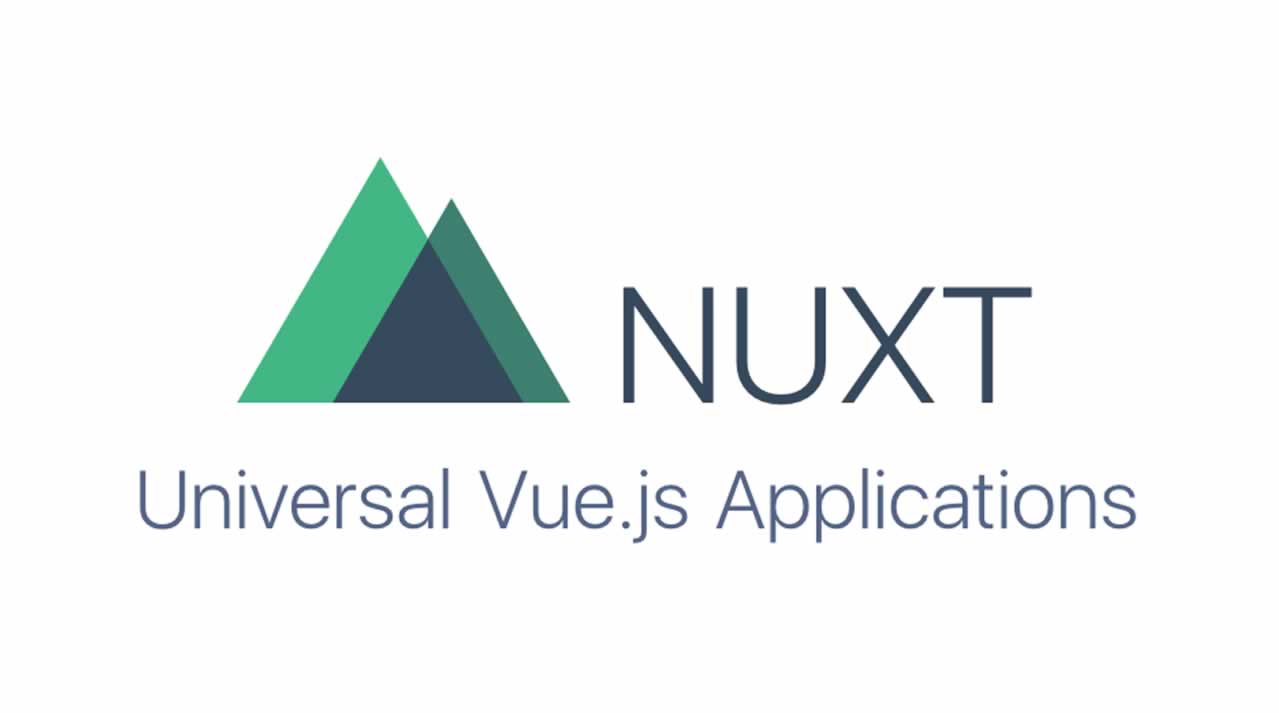 If you’re a Vue.js developer, by now you’ve probably heard of Nuxt.js. But you might not know what all the hype is about. You’re probably asking, “Why do I need a framework for a framework?” Vue already makes the development of JavaScript apps easier. What’s the idea behind Nuxt.js?

If you’re a Vue.js developer, by now you’ve probably heard of Nuxt.js. But you might not know what all the hype is about. You’re probably asking, “Why do I need a framework for a framework?” Vue already makes the development of JavaScript apps easier. What’s the idea behind Nuxt.js?

In this article, we’ll cover the 10 reasons why you might want to use it in your next project.

Nuxt.js is a higher-level framework that builds on top of Vue. It simplifies the development of universal or single page Vue apps.

Nuxt.js abstracts away the details of server and client code distribution so you can focus on application development. The goal with Nuxt is for it to be flexible enough for you to use as a main project base. Because most of what Nuxt does happens during the development phase, you get a lot of features with only a few extra kilobytes added to your JavaScript files.

Let’s explore the reasons why you might consider Nuxt for your next Vue project.

1. Create universal apps without the hassle

One of the biggest selling points of Nuxt.js is that it makes creating universal apps easier.

What is a universal app?

A universal app is used to describe JavaScript code that can execute both on the client and the server side.

Many modern JavaScript frameworks, like Vue, are aimed at building Single Page Applications (SPAs). There are a lot of advantages to having a SPA over a traditional website. For example, you can build very snappy UIs that update fast. But SPAs also come with disadvantages such as long load times, and Google struggles with them because there’s no content initially on the page to crawl for SEO purposes. All of the content is generated with JavaScript after the fact.

A universal app is about having an SPA, but instead of having a blank index.html page, you’re preloading the application on a web server and sending rendered HTML as the response to a browser request for every route in order to speed up load times and improve SEO by making it easier for Google to crawl the page.

Building universal applications can be tedious because you have to do a lot of configuration on both the server side and client side.

This is the problem Nuxt.js aims to solve for Vue applications. Nuxt.js makes it simple to share code between the client and the server so you can focus on your application’s logic.

Nuxt.js gives you access to properties like isServer and isClient on your components so you can easily decide if you’re rendering something on the client or on the server. There’s also special components like the no-ssr component which is used to purposely prevent the component from rendering on the server side.

Lastly, Nuxt gives you access to an asyncData method inside of your components you can use to fetch data and render it on the server side.

2. Statically render your Vue apps and get all of benefits of a universal app without a server

The biggest innovation of Nuxt comes with its nuxt generate command. This command generates a completely static version of your website. It will generate HTML for every one of your routes and put it inside of its own file.

For example if you have the following pages (Nuxt’s term for routes):

Nuxt will generate the following folder structure for you:

The benefits to doing this are very similar to the benefits of universal applications. There’s markup there to make loading the page faster and to help search engine and social media crawlers crawl the website.

The difference is that you don’t need a server anymore. Everything gets generated during the development phase.

It’s powerful because you get the benefits of universal rendering without the need for a server. You can just host your app on GitHub Pages or Amazon S3.

Read more about this on the Static Genereated (Pre Rendering) section of the Nuxt.js docs.

Nuxt.js is able to generate a static version of your website with a special Webpack configuration.

For each route (page) that is statically generated, the route gets its own JavaScript file too, with just the code that’s needed to run that route.

This can really help with speed because it keeps the size of the JavaScript file small relative to your entire application’s size.

4. Setup via the command line with the starter template

Nuxt.js provides a starter template called starter-template that gives you all the scaffolding that you need to get started with a project with a good folder structure for organization.

Make sure you have vue-cli installed, and run the following command:

From there just cd into the application and run npm install and you should be good to go.

Click here to learn more about setting up a project with the command line.

5. Easily set up transitions between your routes

Vue has a wrapper <transition> element that makes it simple to handle JavaScript animations, CSS animations, and CSS transitions on your elements or components.

If you need a refresher on Vue’s <transition> element and transitions in general, we wrote an article about them here.

Nuxt.js sets up your routes in such a way that each page gets wrapped in a <transition> element so you can create transitions between pages simply.

Click here to see an example of how Nuxt.js helps you with page transitions.

6. Get great project structure by default

In many small Vue applications you end up managing the structure of the code as best as you can in multiple files. The default Nuxt.js application structure gives you a great starting point for organizing your application in an understandable way.

Here are a few of the main directories that it sets you up with:

Click here to learn more about all of the folder structures that Nuxt.js provides for you.

In many small Vue projects, components are defined using Vue.component, followed by new Vue({ el: ‘#container’ }) to target a container element in the body of every page.

This works well for small projects where JavaScript is only used to enhance certain views. But in bigger projects it can become difficult to manage.

All of these problems are solved by single-file components with a .vue extension. In order to use them, you have to set up a build process with tools like Webpack and Babel.

Here’s an example of a single-file .vue component

Nuxt.js comes pre-configured out of the box with Webpack for you so you can start using .vue files without having to set up a complicated build process yourself.

8. Get ES6/ES7 compilation without any extra work

Alongside Webpack, Nuxt.js also comes pre-packaged with Babel. Babel handles compiling the latest JavaScript versions like ES6 and ES7 into JavaScript that can be run on older browsers.

Nuxt.js sets up Babel for you so all of the .vue files and all of the ES6 code that you write inside of the <script> tags compiles down into JavaScript that will work on all browsers.

9. Get setup with an auto-updating server for easy development

Compared to setting up this process yourself or the change-refresh-change-refresh process that we web developers are used to, developing with Nuxt.js is a breeze. It sets you up with an auto-updating development server.

While you’re developing and working on those .vue files, Nuxt.js uses a Webpack configuration to check for changes and compiles everything for you.

You can run the command npm run dev inside of a Nuxt.js project and it will set up the development server.

Lastly, there’s a GitHub collection called Nuxt Community that compiles helpful libraries, modules, starter kits, and more to make it even easier to create your app. Look through here to see if what you need is available before coding it yourself.

To sum it all up

All of these features make the development of Vue.js apps a much nicer experience. Even if you don’t need a universal app and want to stick with an SPA, there are still benefits to using Nuxt.js. It can be your project’s main base with benefits like .vue files, ES6 compilation, and many more features.

Learn Nuxt.js over at VueMastery.com. Nuxt-focused content will soon be released. You can create a free account to get notified.

Vue Firebase Example Tutorial. In this example, I will show you how to connect Vue js application with the Firebase and send and receive the data from the Firebase. It is straightforward CRUD application. I am using Vue.js 3 with Firebase as a backend data service.

Vue File Upload Using vue-dropzone Tutorial is the leading topic. For this example, I am using Vue 3 and vue-dropzone library. We will create a simple form component through the user can upload the image, and we will store in the Laravel 5.6 server.