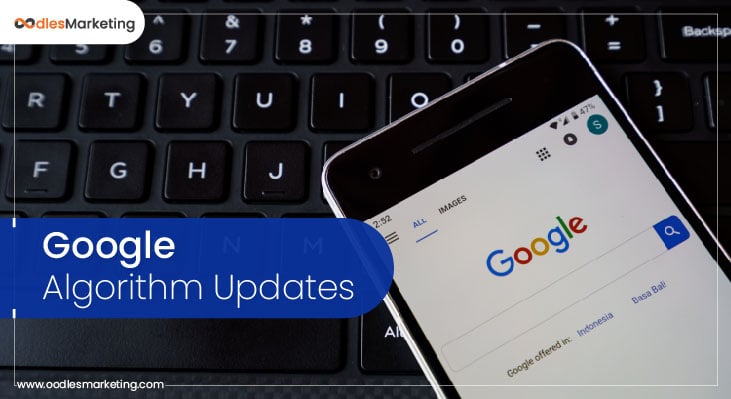 Google always tries to update its algorithm for its users to show the best results against their searched queries and it updates its algorithm several times a year. Here I will discuss some of the google algorithm updates that every **[digital...

Google always tries to update its algorithm for its users to show the best results against their searched queries and it updates its algorithm several times a year. Here I will discuss some of the google algorithm updates that every digital marketing service provider should be aware of.

Google Algorithm Updates that has done by google recently

Featured Snippets Search Results Update: Earlier Google used to show two URLs belonging to the same domain on SERP when any URL got ranked on the zero search results or called featured search snippets. It was shown above the normal search results. But now Google has stopped this to avoid duplicacy. No duplicate URL would be showing on SERP that is promoted in the featured snippet search result. Google has tweeted about this that, this featured snippet duplicate URL will be called deduplication and this global update will not apply to the video featured snippets, top stories, and interesting facts. Google added in this on their Twitter handle that it won’t affect the performance result in the Google search console.

Favicons for organic results: Last year Google gave a new look to the mobile search results in this Google showed favicon with the URL and google changed its listing style as well. This update proved quite helpful for all the SEO service providers. But now Google rolled out the favicon update for the desktop search result also. In which Google is showing URL and the favicon on the top and then its meta title and description. Previously it was showing Meta title, URL and description only.

ALSO READ: SEO trends for 2020: An Effective Guide To Climb The Google Rankings

Black Ad Label: Along with the favicon update, Google algorithm updates included another thing as well that is related to the search Ads shown on SERP. Now Google started to show bolded black And labels for their search Ads. Previously it was a green outlined label. I would love to get your thoughts also regarding these Google algorithm updates that, drop your comments below about how these updates are affecting your domain on SERP.

SEO Migrations: How to Manage Them Successfully

SEO trends for 2020: An Effective Guide To Climb The Google Rankings

SEO in 2020 - An Effective Guide To Climb The Google Rankings Although we know that you already know about Search Engine Optimization ( SEO ), it is worth remembering that it is about organic search engine positioning. Or, in other words, the...

Voice Searches will propel SEO in 2020 and beyond

Voice searches will rule in the tech world in the coming time, and doing SEO optimization according to it will become even more necessary. The world is moving towards more voice-related search option, and it will be wiser for your organization to...