16 JavaScript Tricks You Should Know

When I began learning JavaScript, I made a list of every time-saving trick that I found in other people’s code, on code challenge websites, and anywhere other than the tutorials I was using.

Each of these tricks accomplishes tasks that most developers need to do on a daily basis. Depending on your experience you might already know some of these tricks, while others will blow your mind.

In this article, we’ll go over a list of tricks that will make you a better developer and supercharge your JavaScript skills.

The Set object type was introduced in ES6, and along with ..., the ‘spread’ operator, we can use it to create a new array with only the unique values.

Before ES6, isolating unique values would involve a lot more code than that!

This trick works for arrays containing primitive types: undefined, null, boolean, string and number . (If you had an array containing objects, functions or additional arrays, you’d need a different approach!)

The every and some functions are functions that not all developers are familiar with. However, they can be very useful in certain situations. Let’s start with the every function. You can use this function if you want to know whether all elements of an array pass a certain test. Essentially what this is doing is going through each element of the array and checking to see if they’re all true.

This might sound a little abstract to you, so let’s lets take a look at the following example. It’s not as complex as it sounds.

You could also use an anonymous function as a tester function if you’d like to:

The some function almost works exactly the same as the every function. There’s only one major difference: the some function tests whether at least one element in the array passes the test implemented.

If we take a look at the previous example and use the some function instead of the every function both arrays will return true, since both arrays contain a positive number.

The ternary operator is a quick way to write simple (and sometimes not-so-simple) conditional statements, like these:

But sometimes even the ternary operator is more complicated than necessary. Instead, we can use the ‘and’ && and ‘or’ || logical operators to evaluate certain expressions in an even more concise way. This is often called ‘short-circuiting’ or ‘short-circuit evaluation’.

Let’s say we want to return just one of two or more options.

Using && will return the first false or ‘falsy’ value. If every operand evaluates to true , the last evaluated expression will be returned.

Using || will return the first true or ‘truthy’ value. If every operand evaluates to false , the last evaluated expression will be returned.

Let’s say we want to return the length of a variable, but we don’t know the variable type.

We could use an if/else statement to check that foo is an acceptable type, but this could get pretty longwinded. Short circuit evaluation allows us to do this instead:

Have you ever had problems accessing a nested object property? You might not know if the object or one of the sub-properties exists, and this can cause frustrating errors.

Let’s say we wanted to access a property called data within this.state , but data is undefined until our program has successfully returned a fetch request.

Depending on where we use it, calling this.state.data could prevent our app from running. To get around this, we could wrap it in a conditional:

But that seems pretty repetitive. The ‘or’ operator provides a more concise solution:

There is currently a proposal to allow ‘optional chaining’ when attempting to return a property deep in a tree-like structure. Under the proposal, the question mark symbol ? could be used to extract a property only if it is not null .

For example, we could refactor our example above to this.state.data?.() , thus only returning data if it is not null .

Or, if we were mainly concerned about whether state was defined or not, we could return this.state?.data .

Besides the regular boolean values true and false , JavaScript also treats all other values as either ‘truthy’ or ‘falsy’.

Unless otherwise defined, all values in JavaScript are ‘truthy’ with the exception of 0, "", null, undefined, NaN and of course false , which are ‘falsy’.

We can easily switch between true and false by using the negative operator ! , which will also convert the type to "boolean" .

This kind of type conversion can be handy in conditional statements, although the only reason you’d choose to define false as !1 is if you were playing code golf!

Conditionally setting a variable is both easy and makes your code look more elegant. There’s no need to write an if-statement when applying this trick — which personally is one of my favorite tricks in JavaScript.

So how can you conditionally set a variable?

This code looks so much cleaner than when using an if-statement.

Looks much cleaner, doesn’t it?

To quickly convert a number to a string, we can use the concatenation operator + followed by an empty set of quotation marks "" .

The opposite can be quickly achieved using the addition operator + .

This may also be used to convert booleans to numbers, as below:

There may be contexts where the + will be interpreted as the concatenation operator rather than the addition operator. When that happens (and you want to return an integer, not a float) you can instead use two tildes: ~~ .

Sometimes you want to cast all values in an array. One of those occurrences could be when you’re using the triple equals operator to check whether a certain number exists in an array, for example.

I lately ran into a problem where I had a multi-select. The HTML values of the select options were strings instead of integers, which makes sense. The array of selected values looked like this:

The problem was that I was checking if a certain integer existed in the array of the selected values. Without success. I used an intersect function that used the triple equals operator. And since ‘5’ !== 5 I had to find a solution.

The prettiest solution, in my opinion, was to cast all values in the array to an integer. When trying to do this I stumbled upon a painfully simple, yet elegant, solution.

Instead of casting all values to an integer, you could also cast all values in the array to a boolean by simply changing the argument of the map function.

Since ES7, it has been possible to use the exponentiation operator ** as a shorthand for powers, which is faster than writing Math.pow(2, 3) . This is straightforward stuff, but it makes the list because not many tutorials have been updated to include this operator!

This shouldn’t be confused with the ^ symbol, commonly used to represent exponents, but which in JavaScript is the bitwise XOR operator.

Before ES7, shorthand existed only for powers with base 2, using the bitwise left shift operator << :

The behaviour of | varies depending on whether you’re dealing with positive or negative numbers, so it’s best only to use this shortcut if you’re sure.

You can get the same rounding effect by using ~~, as above, and in fact any bitwise operator would force a float to an integer. The reasons these particular operations work is that — once forced to an integer — the value is left unchanged.

The bitwise OR operator can also be used to remove any amount of digits from the end of an integer. This means we don’t have to use code like this to convert between types:

Instead, the bitwise OR operator allows us to write:

Once you know about object destructuring it’s probably something that you’re going to be using every single day.

But what exactly is destructuring?

With destructuring you can directly get the variables for the object’s properties using the following syntax:

We can use ES6 arrow notation in class methods, and by doing so binding is implied. This will often save several lines of code in our class constructor, and we can happily say goodbye to repetitive expressions such as this.myMethod = this.myMethod.bind(_this_) !

One of the things that you’ll do a lot as a developer is debugging. However, debugging is more than just printing out a bunch of log messages in your console using console.log.

Did you know that the console object has a great way to analyze performance of pieces of your code? However, most developers only know about the standard console.log way of debugging their code.

The console object has way more helpful functions. It has a time and timeEnd function that can help you analyzing performance. It works really simple.

If you want to remove values from the end of an array destructively, there’s are faster alternatives than using splice() .

For example, if you know the size of your original array, you can re-define its length property, like so:

This is a particularly concise solution. However, I have found the run-time of the slice() method to be even faster. If speed is your main goal, consider using something like this:

The array method slice() can take negative integers, and if provided it will take values from the end of the array rather than the beginning.

Lastly, you may have used JSON.stringify before, but did you realise it can also help indent your JSON for you?

The stringify() method takes two optional parameters: a replacer function, which you can use to filter the JSON that is displayed, and a space value.

The space value takes an integer for the number of spaces you want or a string (such as '\t' to insert tabs), and it can make it a lot easier to read fetched JSON data.

Overall, I hope you found these tips as useful as I did when I first discovered them.

Got any JavaScript tricks of your own? I’d love to read them in the comments below! 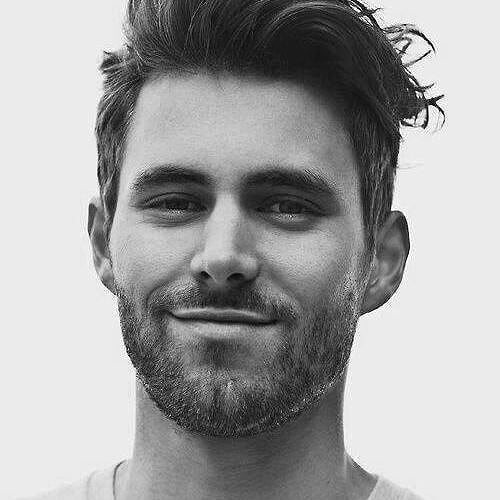