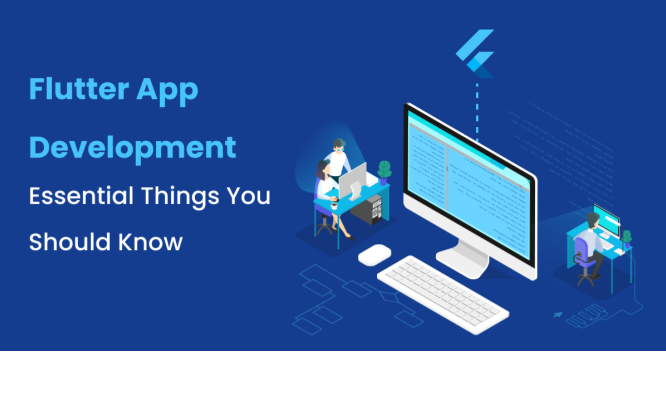 Flutter App Development: Essential Things You Should Know. Flutter development app comes with a complete ecosystem of widgets. What are some of the features of one Flutter that are making it more prominent by the day? best choice for your next mobile Flutter.

Divided by mobile operating systems, companies have to develop their apps twice and roll them out individually for  Android and iOS users. This not only doubles the efforts developers and companies have to put in to build an app but double expenses and the time to build the app as well. With time to market dictating profits, initial influx of users, and competitive edge today, companies tend to lose out on a head start with custom application development for Android and iOS devices.

Launched in the year 2015 by our very own tech giant – Google,  Flutter is an open-source app development framework that allows you to develop cross-platform apps that look, feel and function like native apps. For the uninitiated, cross-platform apps are those that are developed just once with the same code and modified or tweaked slightly when deployed for Android and iOS devices.

Flutter app development comes with a complete ecosystem of widgets and tools, allowing developers to seamlessly build and launch unique apps. One of the standout features of Flutter is that it offers visual and functional consistencies to its apps, making them almost indistinguishable regardless of which operating system you use to access your app.