Enjin Coin (ENJ) is a project of Enjin, a company that provides an ecosystem of interconnected, blockchain-based gaming products. Enjin's flagship offering is the Enjin Network, a social gaming platform through which users can create websites and clans, chat, and host virtual item stores. Enjin allows game developers to tokenize in-game items on the Ethereum blockchain. It uses Enjin Coin, an ERC-20 token, to back the digital assets issued using its platform, meaning that items can be bought, sold and traded with real-world value. What is Enjin Coin (ENJ) | What is Enjin Coin | What is ENJ coin

What Is Enjin Coin (ENJ)?

Enjin Coin is a project of Enjin, a company that provides an ecosystem of interconnected,  blockchain-based gaming products. Enjin's flagship offering is the Enjin Network, a social gaming platform through which users can create websites and clans, chat, and host virtual item stores. 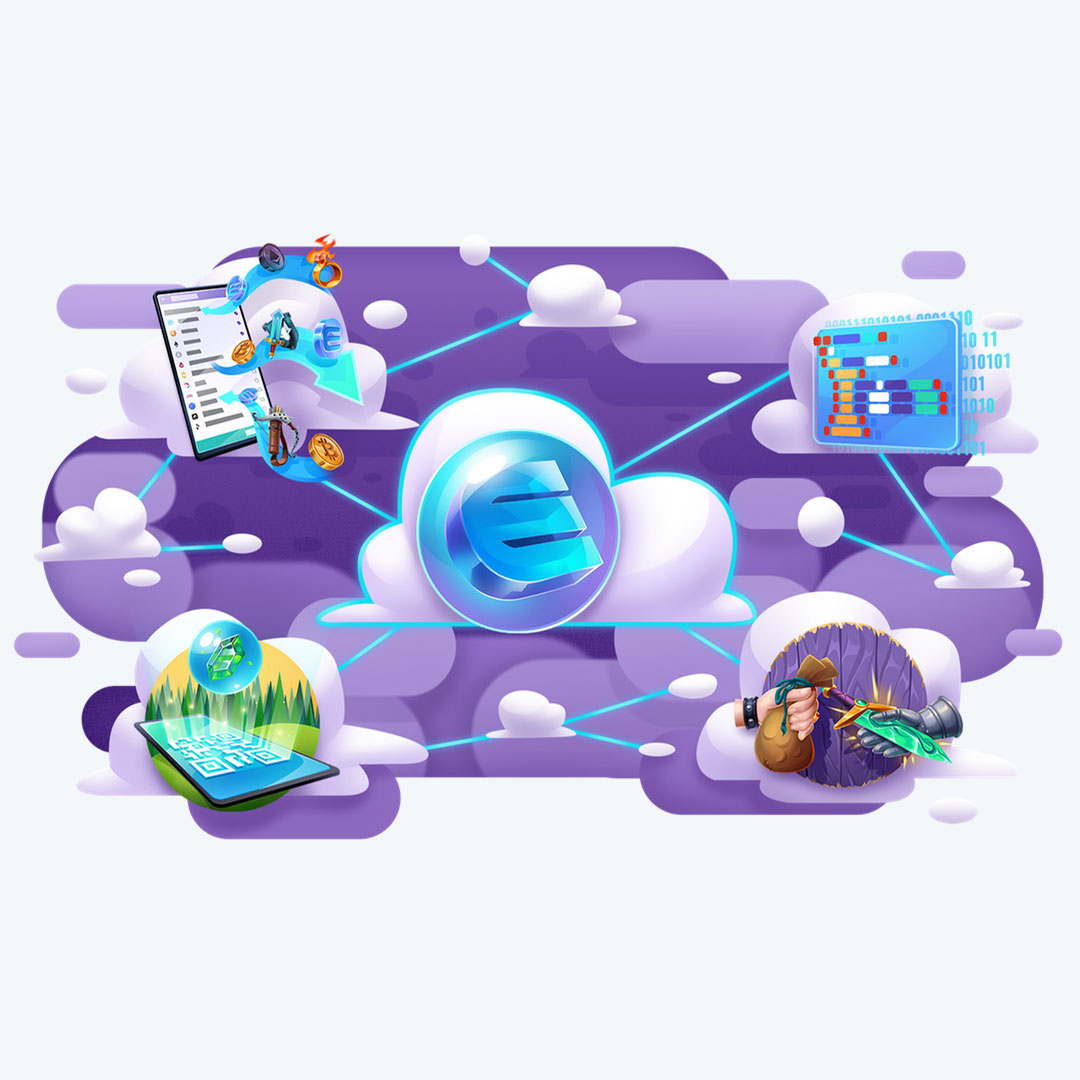 Enjin allows game developers to tokenize in-game items on the  Ethereum blockchain. It uses Enjin Coin, an  ERC-20 token, to back the digital assets issued using its platform, meaning that items can be bought, sold and traded with real-world value.

Enjin Coin was first  announced in July 2017, and it  launched on the Ethereum mainnet in June 2018.

Who Are the Founders of Enjin Coin?

Enjin was founded as a gaming community platform in 2009 by Maxim Blagov and Witek Radomski, with Blagov becoming CEO and assuming responsibility for the creative direction of the company and Radomski serving as chief technical officer, responsible for the technical development of its products. Blagov has  described himself as having experience in creative direction, marketing, and software project management and design.

The idea of introducing blockchain to Enjin was first proposed by Radomski after he became interested in  Bitcoin (BTC) in 2012, eventually  convincing the company to accept it as a payment option. After learning about Ethereum and smart contracts, he decided he wanted to create his own blockchain-integrated software. Radomski is also the author of the ERC-1155 token standard, a new standard for Ethereum-issued tokens that was  introduced in June 2018,  finalized in June 2019, and is used for minting both fungible and nonfungible tokens.

According to co-founder Radomski, Enjin Coin is unique in that every token minted with Enjin Platform, the company's blockchain asset development platform that  launched in February 2020, is directly backed by ENJ, giving in-game items real-world liquidity. Similarly, Blagov has  stated that the company is focused on adoption, saying he imagines a future in which millions of gamers use digital items backed by Enjin Coin without even knowing it exists.

Enjin Coin uses a series of smart contracts to which game developers send ENJ to mint new, unique fungible or nonfungible ERC-1155 tokens. These tokens can be traded on the Enjin Marketplace, which  launched in September 2019, or exchanged for their backing ENJ at any time. As more custom tokens are minted, more ENJ is removed from the ecosystem, thus making it scarcer.

According to its  whitepaper, Enjin Coin  uses a series of both on-chain and off-chain processes. When a transaction is completed within the Enjin ecosystem, a Trusted Platform contacts the users' smart wallets, and the website or game is updated immediately with a placeholder or nontradable version of the digital item until the transaction has been validated by the Ethereum blockchain.

How Many Enjin Coin (ENJ) Coins Are There in Circulation?

Enjin Coin has a fixed maximum supply of 1 billion tokens. However, as the ecosystem grows and more ENJ is locked into in-game digital assets, the number of coins actually circulating will decrease.

Enjin Coin was first made available for purchase during a presale event in September 2017 in which 400 million ENJ was sold for a total of 38,800  Ether (ETH), worth $12 million at the time, with another 100 million ENJ given away as bonuses. In total, the presale sold and gave away 50% of the total supply. An  initial coin offering was held in October 2017, with 300 million ENJ — 30% of the total supply — available for sale. The ICO  raised 75,041 ETH,  worth $18.9 million at the time. Tokens that were not sold during the ICO were locked for six months to be later used for community initiatives and marketing.

10% of the total token supply was  reserved for the company for community initiatives, beta testing, marketing and strategic partnerships, while another 10% was reserved for team members and advisors. Team member tokens were locked for the first six months and vested over a period of 24 months, while advisor tokens were locked for two months and fully released afterward.

How Is the Enjin Coin Network Secured?

Enjin Coin is an ERC-20 token issued on the Ethereum blockchain, meaning that any on-chain ENJ transactions are validated and secured by the Ethereum network using a  proof-of-work  consensus algorithm. Miners compete among each other to add new blocks to the blockchain and a majority of all nodes in the network must confirm a record for it to be posted.

How and Where to Buy Enjin Coin - ENJ?

ENJ has been listed on a number of crypto exchanges, unlike other main cryptocurrencies, it cannot be directly purchased with fiats money. However, You can still easily buy this coin by first buying Bitcoin, ETH, USDT from any large exchanges and then transfer to the exchange that offers to trade this coin, in this guide article we will walk you through in detail the steps to buy ENJ

You will have to first buy one of the major cryptocurrencies, usually either Bitcoin (BTC), Ethereum (ETH), Tether (USDT)...

Binance is a popular cryptocurrency exchange which was started in China but then moved their headquarters to the crypto-friendly Island of Malta in the EU. Binance is popular for its crypto to crypto exchange services. Binance exploded onto the scene in the mania of 2017 and has since gone on to become the top crypto exchange in the world.

Once you finished the KYC process. You will be asked to add a payment method. Here you can either choose to provide a credit/debit card or use a bank transfer, and buy one of the major cryptocurrencies, usually either Bitcoin (BTC), Ethereum (ETH), Tether (USDT)

After the deposit is confirmed you may then purchase ENJ from the Binance exchange.

Apart from the exchange(s) above, there are a few popular crypto exchanges where they have decent daily trading volumes and a huge user base. This will ensure you will be able to sell your coins at any time and the fees will usually be lower. It is suggested that you also register on these exchanges since once ENJ gets listed there it will attract a large amount of trading volumes from the users there, that means you will be having some great trading opportunities!

In this episode of Crypto Over Coffee, Hashoshi breaks down the latest Cardano updates including Cardano Goguen, CardanoKidz NFTs, and the ADA Coinbase listing. Also featured in this episode is discussion about Twitter Yubikey updates, Enjin coin and their NFT master plan, UniLend flash loans, Bitcoin price analysis and more!