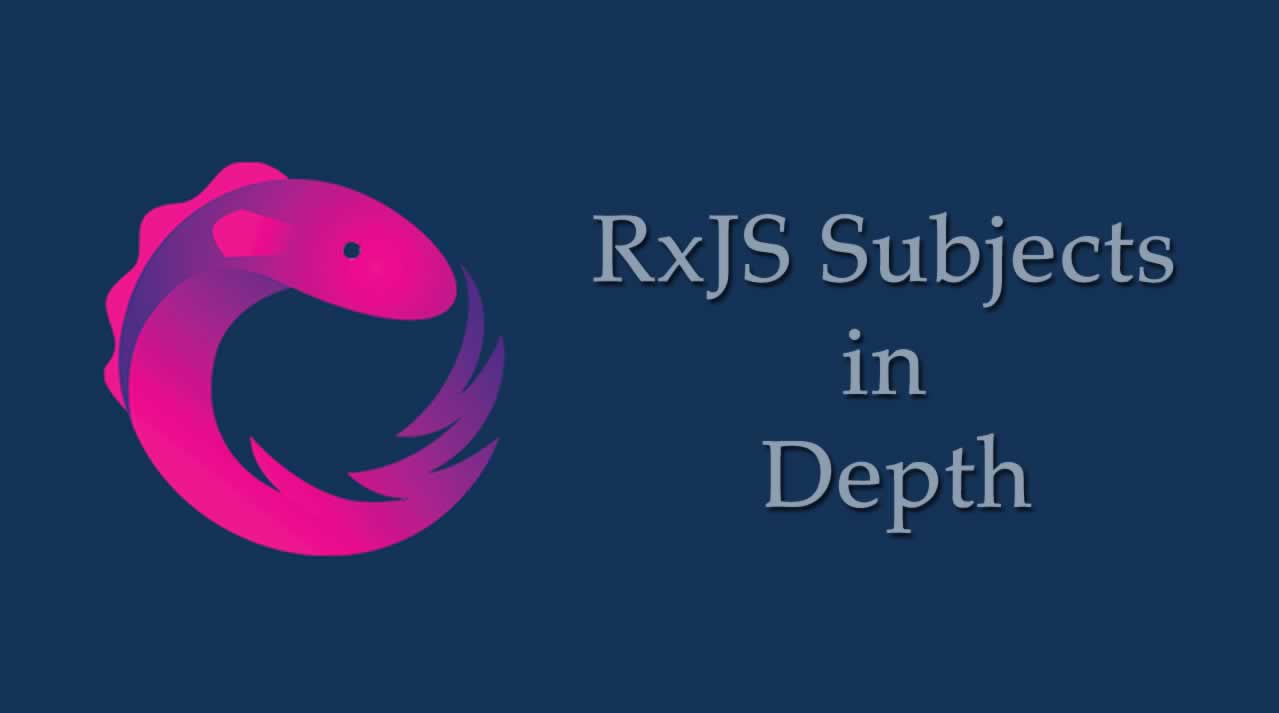 In this article, I want to explore the topic of RxJS’s implementation of Subjects, a utility that is increasingly getting awareness and love from the community. In the past, I have used Subjects in a variety of ways, but sometimes not fully...

In this article, I want to explore the topic of RxJS’s implementation of Subjects, a utility that is increasingly getting awareness and love from the community.

In the past, I have used Subjects in a variety of ways, but sometimes not fully understanding what they are internally and what are the main differences with Observables.

This is what the article will cover:

What is a Subject?

Let’s start with a simple question: what is a Subject? According to Rx’s website:

A Subject is a special type of Observable that allows values to be multicasted to many Observers. Subjects are like EventEmitters.

If this is unclear, hang on, by the end of the article you’ll have a much clearer understanding of what a Subject is and all the way you can make use of them.

The definition stated by the Rx documentation initially struck me: in fact, I always thought of Subjects as purely a way to both pull and push values using streams. It turns out, I didn’t really know them full well even after having used them daily for about 5 years.

Subject is a class that internally extends Observable. A Subject is both an Observable and an Observer that allows values to be multicasted to many Observers, unlike Observables, where each subscriber owns an independent execution of the Observable.

The Internals of a Subject

Internally, every Subject maintains a registry (as an array) of observers. This is how internally a Subject works, in a nutshell:

Passing a Subject as an Observer allows to convert the Observable’s behavior from unicast to multicast. Using a Subject is, indeed, the only way to make an Observable multicast, which means they will share the same execution with multiple Observers.

Let’s use the observable interval as an example: we want to create an observable that emits every 1000 ms (1 second), and we want to share the execution with all the subscribers, regardless of when they subscribed.

Let’s summarize the snippet above

As you can see in the image above, even if the second observable subscribed after 1 second, the values emitted to the 2 observers are exactly the same. Indeed, they share the same source observable.

Another common example that shows the usefulness of multicasting is subscribing to an observable that executes an HTTP request, a scenario that happens often in frameworks such as Angular: by multicasting the observable, you can avoid executing multiple requests and share the execution with multiple subscribers, that will receive the same value.

I personally find AsyncSubject the least known type of Subject, simply because I never really needed it, or more likely I didn’t know I could have needed it.

In short, the AsyncSubject will:

As you can see, even if we subscribed, nothing happened until we called the method complete.

Before introducing a ReplaySubject, let’s see a common situation where normal Subjects are used:

Let’s get back to the question above: does a ReplaySubject replay all the emissions or only the latest one?

Well, by default, the subject will replay all the items emitted, but we can provide an argument called bufferSize. This argument defines the number of emissions that the ReplaySubject should keep in its memory:

There’s also a second argument that can be passed to ReplaySubject in order to define how long the old values should be stored in memory.

BehaviorSubject is probably the most well-known subclass of Subject. This kind of Subject represents the “current value”.

Similarly to ReplaySubject, it will also replay the current value whenever an observer subscribes to it.

In order to use BehaviorSubject we need to provide a mandatory initial value when this gets instantiated.

Whenever a new value is emitted, the BehaviorSubject will store the value in the property value which can also be publicly accessed.

Rx Subjects are quite powerful tools, and like any powerful tool in software engineering, they can also be easily abused. The concept of unicasting and multicasting is a striking distinction that you need to take into account when working with Rx.

Understanding how Subjects work internally can be fairly beneficial to avoid common pitfalls and bugs, but also to understand when you need them and when, instead, you don’t.

If you need any clarifications, or if you think something is unclear or wrong, do please leave a comment!

JavaScript Reactive/Asynchronous Code with RxJS 6 & Angular 10: Callbacks, Promises and Observables - Throughout this tutorial, you'll be introduced to JavaScript reactive and asynchronous code, data streams and RxJS 6 used in Angular.

What is Reactive Programming in Javascript Example

Reactive Programming in Javascript is like a sequence of events occur in time. It is an Asynchronous Programming around data streams and event streams.