Is It True - Healthy Cereals Are Not So Healthy in Real? 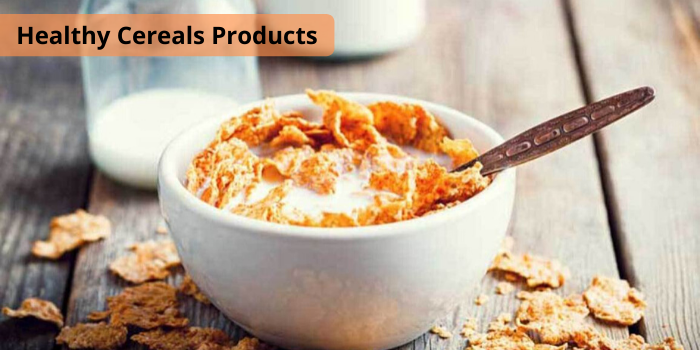 *How kids are getting hurt with these cereals? What can be done by parents to revoke this damage?* The healthy cereals supplier in your area might be telling that all of its products are genuinely healthy and safe for kids and adults. But, in the...

How kids are getting hurt with these cereals? What can be done by parents to revoke this damage?

The healthy cereals supplier in your area might be telling that all of its products are genuinely healthy and safe for kids and adults. But, in the recent market survey, we found that nutrients present in the most fortified cereals may be unsafe for regular consumption, especially for kids. It is because the cereals intended for kids and toddlers are having excessive sugar and many parents are offering these sugary foods to their kids without knowing the side effects.

Not just sugar, the excess consumption of these three nutrients - zinc, niacin, and vitamin A can be dangerous for health. Many times parents just get the regular healthy cereals and all the three nutrients added to fortified cereals in amounts calculated for adults, not kids. So, now the question arises is there any way to select cereals for kids?

Whenever we think of kids’ breakfast cereal, chocolate-based, sugar-coating or fun shaped cereals are imagined by the mind. All these cereals are made with a heavy dose of sugar and low in fiber. Kids want proper nutrition that must have calcium, carbohydrates, fiber, iron, vitamins and other minerals. It is important to choose a healthier cereal option to eat with milk or yogurt to avail these nutrients and get the kids ready for school.

Tips to pick right healthy cereal for your kids-

If there are more than two terms used on the label, leave the product on the shelf.

In case the cereal has dried fruits, you can get a bit lenient on the sugar content.

Find the nutritional information section on the label. Go to per 100gm column and calculate fiber content. If the fiber is more than 10gm per 100gm, the cereal is good to buy.

Again see the nutritional information section on the cereal pack and find per 100gm column. If the sodium content is less than 120mg per 100gm, the cereal is good to buy.

Modern parenting is way too different because parents are on the run and have limited time. In case you are one of those parents and cannot go through these steps, Healthy cereals supplier bring two options that are always safe to consider-

These are easily available in local stores. You can mix the wheat biscuits with rolled oats and some seeds like sunflower seeds, sesame, pumpkin seeds, rice puff, and dried fruit. Mix the ingredients well. This is a super meal for your kids. Per serving of this recipe will give immunity boost, vitamins, omega fatty acids, iron, and all essential minerals. Make sure you must add every ingredient in the right amount to avoid overdoing.

Giving this meal every day in high amount will not make your kid healthy. It rather affects his health negatively. Over time, regular intake of excessive vitamin A can bring health issues like liver damage, peeling skin, skeletal abnormalities, and hair loss. High content of zinc can interfere with copper absorption which results in anemia and fatigue. High zin content even breaks the immune function by affecting red and white blood cells.

Your kids don’t require multivitamin supplements. They require greens, healthy no added sugar cereals, grains, and complete nutrition that doesn’t get filled with supplements. Cereals like rice puffs are a great choice as a snack. Growing children needs more calories, carbohydrates, protein, and minerals than adults. You can give them healthy cereals with no preservatives to munch on occasionally.

Now, you can design custom USB drives as per your event at the lowest prices. Check out the wide collection of branded flash drives online at Memory Suppliers. They have an easy shipment process and also provide a PMS color chart that will assist with the color selection and specification process. 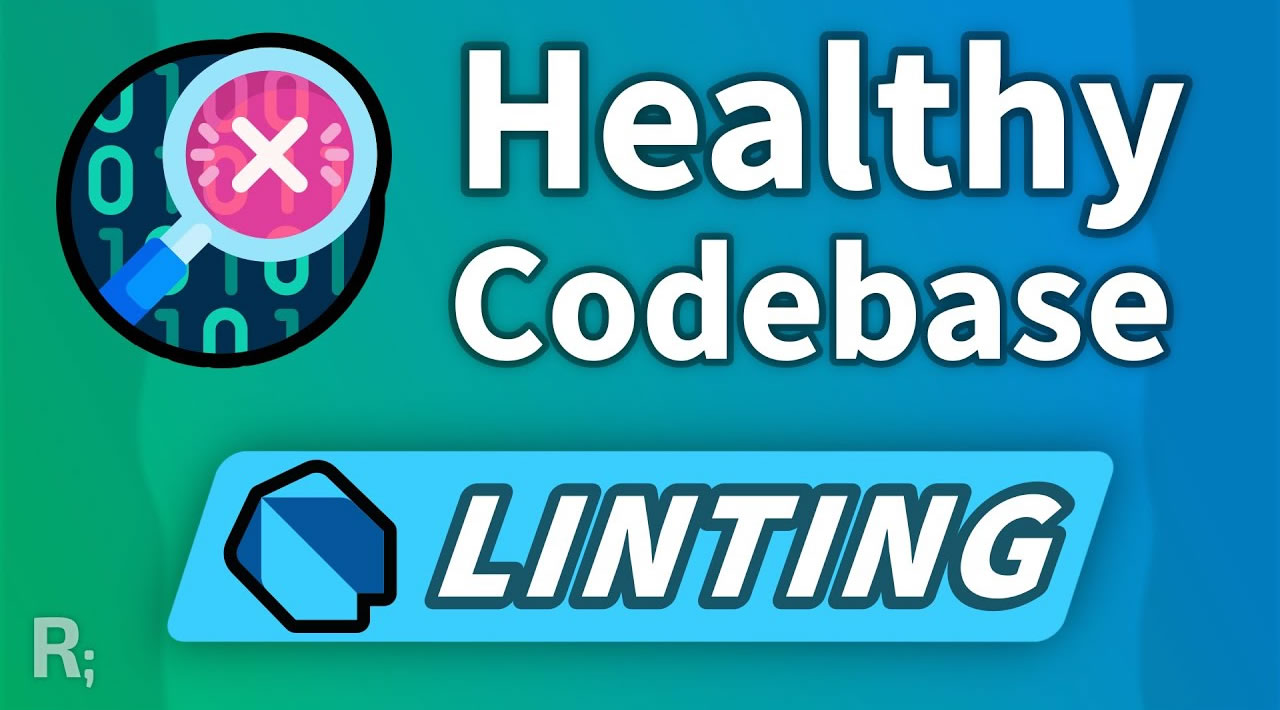 Dart Linting Tutorial – Healthy Flutter Codebase with analysis_options.yaml. Nobody cares about code quality... until they feel the consequences of this negligence. Keeping the quality of your code high is absolutely crucial, especially when you work on a team. Every app is built by writing individual statements first so before even discussing high-level design patterns, you should start with project cleanliness from the ground up - by configuring more advanced linting.

Nobody cares about code quality... until they feel the consequences of this negligence. Keeping the quality of your code high is absolutely crucial, especially when you work on a team. Every app is built by writing individual statements first so before even discussing high-level design patterns, you should start with project cleanliness from the ground up - by configuring more advanced linting.

Every Flutter project comes with a handful of linter rules already enabled. For example, when you have a FloatingActionButton but you forget to specify the onPressed callback function you get **warned **about it.
info_message.dart

Sure, it's nice to get warned but wouldn't it be better to get a fully-blown error? As you know, omitting a positional argument results in an error popup which is very hard to ignore.

Popup when trying to run the app

With omitted **required named parameters **though, we won't get any such helpful popups from the Dart compiler by default.

Fortunately, we're not limited to the default way of resolving individual linter rules! All we need to do is to edit a file called analysis_options.yaml. New Flutter projects currently don't come with this file pre-created, so let's add it to the **root of the project. **Inside, we'll tweak the severity of the error message to be a fully blown error.

The possible values for the severity are ignore, info, warning and error.

Error instead of just a "friendly reminder" info message

It's easy to change the severity of an already enabled lint rule. After all, we already got a squiggly line even while the rule called **"missing_required_param" **was just a warning message. How can we enable other rules though and where can we find which rules are available? The answer is the official linter package!

You can find all of the available rules (most of them are disabled by default) at the GitHub pages of the Dart language.

Let's for example tackle the reassignment of method parameters. In regular math, input of a function cannot be magically changed inside of it. All a function should do with the input is just to use it. And look, there's a handy lint rule that we can enable!

Enabling rules is as simple as adding them to the list inside analysis_options.yaml. Since the **parameter_assignments **rule will produce only info messages by default, let's also change its severity.

Finally, writing this horrible piece of code will produce a well-deserved error.

In addition to enabling rules, you can also completely disable them. One way to do it is to change their severity to ignore. Otherwise, you can turn the linter -> rules YAML list into a YAML dictionary.

Although looking through the list of all possible linter rules can be enlightening, I think we all have other things to spend time on. Thankfully, we can utilize packages which come with some sensible defaults regarding lint rules and their severity.

There are currently 3 such packages worth mentioning.

Enabling rules from a package

Just like with any other package, even lint packages need to be added to pubspec.yaml. Because linting happens only during development, it's enough to add it to dev_dependencies.

All of the lint packages come with a pre-configured **analysis_options.yaml **file. The only thing we need to do is to include it in our own file, usually in the first line.

You can find out about the rules we just enabled by looking at the package's analysis_options.yaml. For example, we now get an info message when we use a const-capable constructor outside of a const context. (Learn all you need to know about const in a this tutorial.)

Additionally, we also get a handy quick-fix after pressing the CTRL + . in VS Code. Now you have no excuse not to use const 😜

Modifying analysis_options.yaml yourself opens up possibilities to fix Dart's idiotic defaults. I mean, why does not returning a value from a method produce only an insignificant info message?! The lint package we're using bumps the severity from info to **warning **(more prominent message). Most of the real programming languages (sorry JavaScript 😅) bombard you with an error if you forget about a return statement. Well, now you know how to bring this behavior into Dart!

Be sure to tweak the rules and their severity to make your codebase as healthy as it possibly can be!