Getting started with modules in Node.js: module.exports and exports 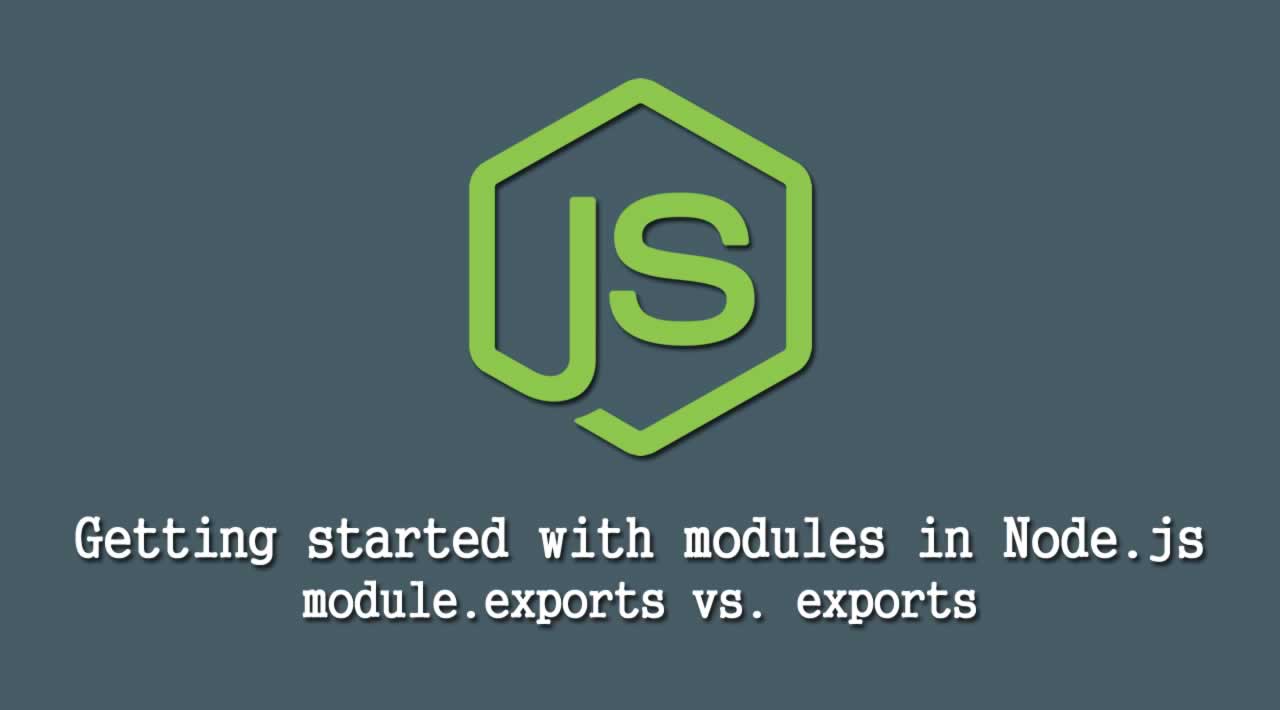 In this Node.js tutorila, you'll learn how to work with modules in Node.js, explaining the difference between module.exports and exports and focusing on how to export and consume them.

In programming, modules are self-contained units of functionality that can be shared and reused across projects. They make our lives as developers easier, as we can use them to augment our applications with functionality that we haven’t had to write ourselves. They also allow us to organize and decouple our code, leading to applications that are easier to understand, debug and maintain.

In this article, I’ll examine how to work with modules in Node.js, focusing on how to export and consume them.

As JavaScript originally had no concept of modules, a variety of competing formats have emerged over time. Here’s a list of the main ones to be aware of:

Node.js comes with a set of built-in modules that we can use in our code without having to install them. To do this, we need to require the module using the require keyword and assign the result to a variable. This can then be used to invoke any methods the module exposes.

For example, to list out the contents of a directory, you can use the file system module and its readdir method:

Note that in CommonJS, modules are loaded synchronously and processed in the order they occur.

Creating and Exporting a Module

Now let’s look at how to create our own module and export it for use elsewhere in our program. Start off by creating a user.js file and adding the following:

Now create an index.js file in the same folder and add this:

Run the program using node index.js and you should see the following output to the terminal:

So what has gone on here? Well, if you look at the user.js file, you’ll notice that we’re defining a getName function, then using the exports keyword to make it available for import elsewhere. Then in the index.js file, we’re importing this function and executing it. Also notice that in the require statement, the module name is prefixed with ./, as it’s a local file. Also note that there’s no need to add the file extension.

We can export multiple methods and values in the same way:

The code above produces this:

Notice how the name we give the exported dateOfBirth variable can be anything we fancy (dob in this case). It doesn’t have to be the same as the original variable name.

I should also mention that it’s possible to export methods and values as you go, not just at the end of the file.

And thanks to destructuring assignment, we can cherry-pick what we want to import:

In the above example, we’re exporting functions and values individually. This is handy for helper functions that could be needed all over an app, but when you have a module that exports just the one thing, it’s more common to use module.exports:

The code above logs this:

What’s the Difference Between module.exports and exports?

In your travels across the Web, you might come across the following syntax:

Here we’re assigning the functions and values we want to export to an exports property on module — and of course, this works just fine:

This logs the following:

So what is the difference between module.exports and exports? Is one just a handy alias for the other?

Well, kinda, but not quite …

To illustrate what I mean, let’s change the code in index.js to log the value of module:

As you can see, module has an exports property. Let’s add something to it:

So Which One Should I use?

As module.exports and exports both point to the same object, it doesn’t normally matter which you use. For example:

This code would result in the module’s exported object being { foo: 'foo', bar: 'bar' }.

However, there is a caveat. Whatever you assign module.exports to is what’s exported from your module.

So, take the following:

This would only result in an anonymous function being exported. The foo variable would be ignored.

Modules have become an integral part of the JavaScript ecosystem, allowing us to compose large programs out of smaller parts. I hope this article has given you a good introduction to working with them in Node.js, as well as helping to demystify their syntax.

How to Create PDF Document in Node.js Application?